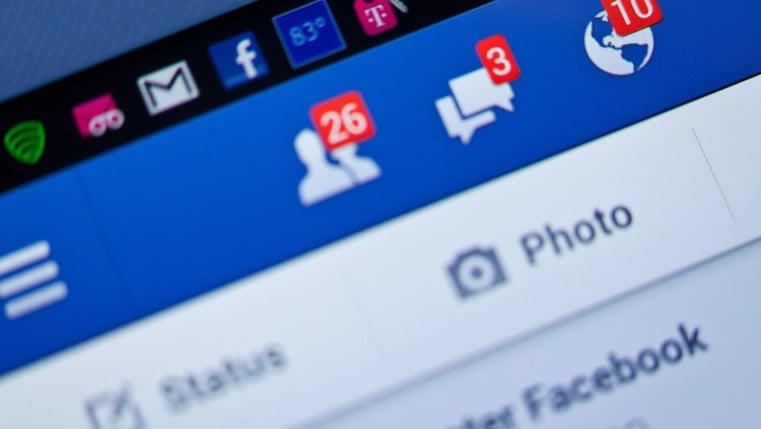 Update on April 3, 2018, 4:55 PM EST: Facebook issued a second announcement today regarding content appearing on its site, revealing that it has 70 Facebook and 65 Instagram accounts, and 138 Facebook Pages, all controlled by the Russia-based Internet Research Agency (IRA). Many of these Pages ran ads that Facebook has removed. The company plans to update its Help Center in the coming weeks so users can find out if they Liked any of these Pages.

Facebook announced today that it will be rolling out new features to provide greater context around stories that appear in the News Feed.

The news follows tests that the company has been running since last year in the U.S. to determine how much background information on publishers and stories should appear alongside this content. Now, according to a written statement, the feature will be available to all U.S. Facebook users.

The details will include such information as "official" Wikipedia entry on the publisher of the story, in addition to related articles on the same topic. It will also display where and how many times that story (from that publisher) has been shared on Facebook -- with a call-to-action to follow the publisher's if the user so desires.

If the publisher doesn't have a Wikipedia page, that information will also be displayed -- which the statement says can add "helpful context."

Facebook isn't the first Big Tech company to announce the use of Wikipedia pages to supplement content on its site with additional information. Last month, YouTube CEO Susan Wojcicki announced at  panel that the video-sharing platform would be adding details from Wikipedia pages to conspiracy-related content: information that Wikipedia itself was unaware of at the time of the announcement.

As of this post's publication, it is unclear if Wikipedia knows of Facebook's plan to use information from the site in a similar manner.

"Facebook is interested in reversing the spread of misinformation and fake news," says Henry Franco, HubSpot's social campaign strategy associate. "This is one of the first times a feature like this has appeared natively in the Facebook app, and it’ll be interesting to see whether it has any effect on people’s interpretation of their News Feeds."

The new tools will also include a "More From This Publisher" feature, allowing users to see what other stories the publisher has recently posted; as well as "Shared By Friends," which will list anyone in the user's personal network who has also shared the article. 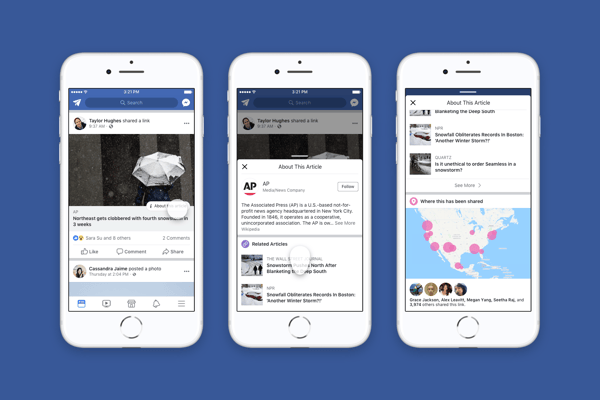 With these new tools, Facebook will also be testing responses among a small subset of U.S. users to find out if the perception of publisher credibility changes at all when these details are added. That includes information about the article's author -- and users included in the test can tap the author’s name in Instant Articles to see these details, which will also include information from his or her Wikipedia entry, a button to follow the person's Page or Profile, and other articles he or she has recently published.

However, this information will only be displayed if the story's publisher has allowed author tags on its website in a way that tells Facebook it's somehow associated with the bylined author’s Page or Profile, which the publisher must verify.

The news comes on the heels of Facebook's four-pronged outline unveiled last week to help protect election security on its site, one pillar of which was "reducing the spread of false news." And while that outline didn't delve into tremendous detail on plans to provide greater context around news items appearing in the News Feed, previous announcements from Facebook have alluded to this change.

"We’ll continue to look for opportunities to improve this experience," the statement said, "and help give people more context about the news they see on Facebook."