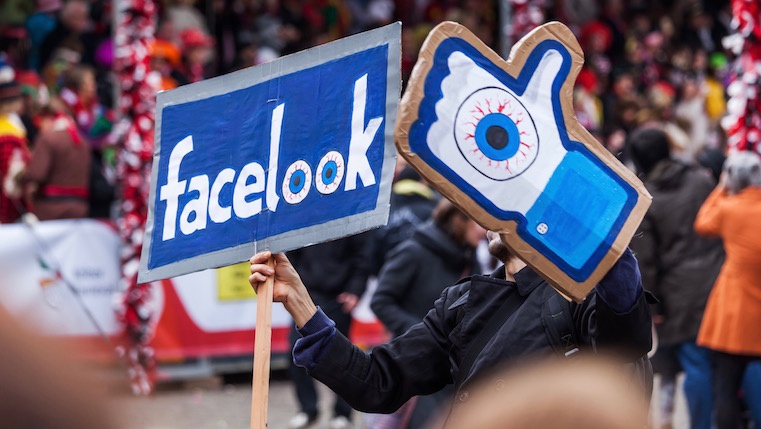 Update on April 4, at 2:30 PM EST: Facebook has issued a statement indicating that as many as 87 million people's data was improperly shared with Cambridge Analytica. In that same announcement, the company has outlined a series of ways in plans to the way data can be accessed on its platform.

Facebook released a statement today outlining its rewritten terms of service with the goal of more clearly explaining how user data is collected and used.

"We’re not asking for new rights to collect, use or share your data on Facebook. We’re also not changing any of the privacy choices you’ve made in the past."

Instead, these changes are reportedly designed to provide greater clarity around Facebook's terms of service by rewriting them in more comprehensive, simplified language that’s easier to comprehend.

The same goes for the data policy, which dictates what kind of data Facebook collects and how it's used in all its products, including Messenger and Instagram.

The statement emphasizes a "one company" stipulation to these rewritten terms and policies, noting that Facebook also owns WhatsApp and Oculus, across which their services, infrastructure, and information are all shared. "Your experience isn’t changing with any of these products," the new terms read.

Here's a look at some of the crucial items users can expect in the rewritten terms and policies.

Some of Facebook's more recently introduced features, like Marketplace and the ability to start fundraisers, might be cause for confusion. Those features have launched in the time since Facebook updated its terms and data policies -- as well as Live and 360-degree video capabilities.

These documents are said to more clearly inform users on terms surrounding these newer elements.

Here's where the data privacy piece plays a particularly large part. As Facebook has been to remind us, part of the reason why it collects the high degree of data it does is to help customize each user's experience with the app based on what that dictate says he or she wants to see.

These revised terms and policies, the statement says, have been rewritten to better explain how that works -- as well as why Facebook thinks it's necessary to collect it for a personalized experience, like customizing which ads, posts, and suggested friends or Pages appear for each user.

This item is another big-ticket one, especially in light of the ongoing fallout Facebook has experienced since it was first revealed that analytics and profiling firm Cambridge Analytica allegedly abused personal user data that it wrongly obtained from Facebook.

The statement emphasizes: "We will never sell your information to anyone." That, along with the restrictions that Facebook imposes to help keep user data secure is more clearly outlined in the rewritten terms and policies, as well as how partners can use or share data.

The data that Facebook collects from the devices people use to access its site and products recently came front-of-mind for many when Ars Technica published a report alleging that the company was tracking and recording both phone calls made and SMS messages exchanged on Android devices that had Facebook apps installed.

According to the statement, Facebook "respects" each mobile device settings to adjust what the app can or cannot access. But in addition to that, the terms and policies will now have greater clarity around what details, specifically, are collected from a user's device when he or she grants the app permission to sync contacts in, for example, Facebook Messenger.

TechCrunch, which appears to be the first outlet to report on some of these changes, published an article earlier today that elaborates on what the device data collection entails. According to that report, it includes information the type of device being used, its operating system, and the name of your internet service provider, among others.

These revised terms and policies arrive on the same day that the U.S. House Energy and Commerce Committee confirmed that Facebook CEO Mark Zuckerberg will be testifying before Congress on April 11.

"It almost looks like Facebook is getting all of its ducks in a row in preparation for any future scrutiny, whether it’s Zuckerberg’s congressional testimony or potential legislation on how data is handled, managed, or shared," says Henry Franco, HubSpot's social campaign strategy associate.

But he emphasizes that users should remember the policies aren't changing (yet) -- and that, for now, the only modification is the way they're written and explained, perhaps so that they don't leave as much room for interpretation if questioned (by Congress, for instance).

"Which is fair, considering it doesn’t seem Facebook has done a ton wrong," says Franco, "and it's more that it's failed to monitor the content on its platform as much as people might have wanted."

But that opens the situation to even further debate, Franco argues, as to just how much responsibility should ultimately fall on Facebook alone.

"Should people inherently be able to take everything they read with a grain of salt and think critically?" Franco asks. "Is it the job of the government or tech companies to monitor what we see? Is one or the other a slippery slope?"

As a reminder, the public has seven days to provide feedback on these changes. We'll continue to monitor the situation as it unfolds.