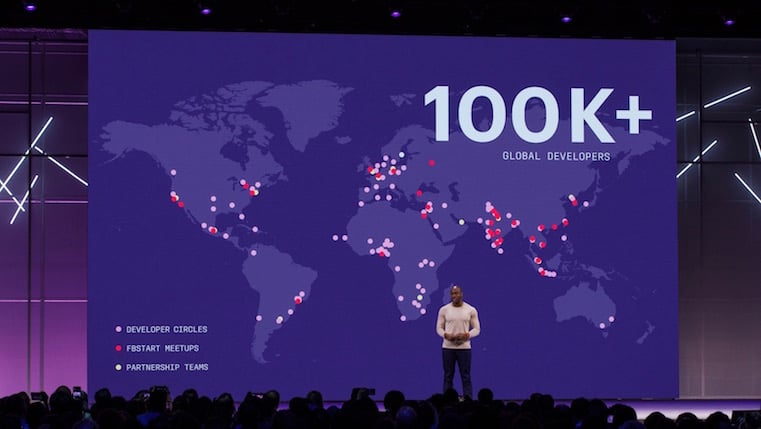 Facebook released a statement today indicating that 200 apps have been suspended from its platform for possible data misuse.

The update, penned by Facebook VP of Product Partnerships Ime Archibong, comes as a follow-up to a full audit and investigation of all apps with access to significant amounts of personal user information prior to the company's 2014 platform policy changes that restricted the amount of data accessible by such apps.

The audit was first introduced by CEO Mark Zuckerberg in March in response to revelations that personal user data had been improperly obtained and used by consulting and voter profiling firm Cambridge Analytica.

In 2013, prior to the platform policy changes, Cambridge University researcher Aleksandr Kogan developed a personality quiz app that scraped the data of those who downloaded it, as well as some of their connections on Facebook, which were then shared with Cambridge Analytica.

Now, writes Archibong, in the course of this investigation, Facebook has examined thousands more apps and suspended roughly 200 of them, "pending a thorough investigation into whether they did in fact misuse any data."

In addition to banning any app that refuses or fails the audit, Zuckerberg wrote in his March statement that where there's evidence of potential data misuse by other third parties, any users who installed such an app (as well as those with friends who did) will be notified.

The ripple effect of a potential data misuse by 200 apps currently remains but could carry significant magnitude. As Bloomberg reporter Sarah Frier noted in a Tweet, Kogan's single app was downloaded by 270,000 people, resulting in the improper sharing of close to 87 million users' data.

So Facebook is telling us there are so far at least 200 other potential Cambridge Analytica situations.
(In the Cambridge Analytica case about 270,000 users of an app shared info on up to 87 million people with a developer, who shared it with 3rd party) https://t.co/7LG0ntOzzk

That number represents about 6% of Facebook's 1.45 billion daily active users. Depending on the download rate and nature of potential data misuse by these 200 apps, it's possible that the percentage of Facebook's entire user base impacted could be significantly higher.

Despite the Cambridge Analytica scandal, Facebook posted strong earnings for Q1 2018, and the company's annual developer conference, F8, was met with apparent enthusiasm by its audience.

However, the revelations occurred toward the tail end of Q1, and with these latest insights, it will be interesting what impact they have on Q2 earnings.

The efforts to identify all apps that had access to this type and extent of user data is only the first phase of Facebook's investigation and audit. The second phase involves further questioning of apps that raise and could result in on-site inspections.

"There is a lot more work to be done to find all the apps that may have misused people’s Facebook data," writes Archibong, "and it will take time."