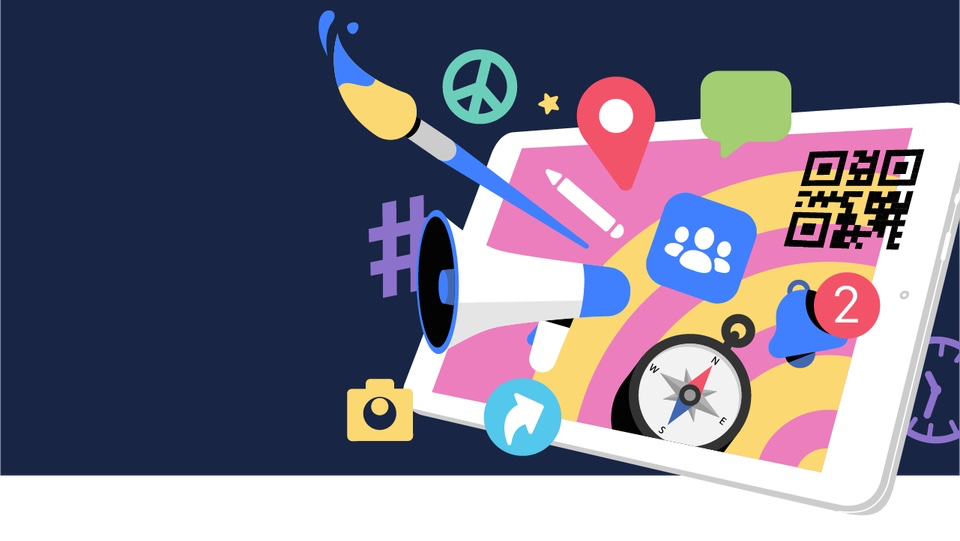 At 1:00 AM EST, Facebook released a statement that it has launched its Youth Portal: a guide to help teens navigate the network.

One appears to be educating teens on how they can best use Facebook's features and products (like Pages and one's own profile) with safety in mind, as well as information on how Facebook uses and collects data.

This information appears to primarily reside in the "Facebook Basics" section of the portal, where users can read basic information on the aforementioned products and learn how to control their networks -- things like sending friend requests, unfollowing or un-friending, or blocking users. 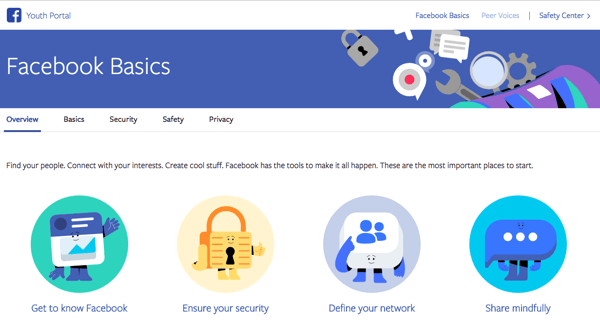 Within this page, there are also sections with information on how to set up a strong password and where users can learn more about advertising and data policies.

The way these policies are described in the Youth Portal -- under the "Privacy" section -- somewhat fulfills the simplified explanation that many users and lawmakers have demanded since March revelations that consulting and voter profiling firm Cambridge Analytica improperly obtain and abused personal user data.

Within the Youth Portal, these policies are described in a few short paragraphs (though there is an option to expand the section on the data policy), with links to read the full terms of each.

But as Buzzfeed's Ryan Mac pointed out in a tweet, there remains the issue of getting teens to visit these pages and read the material in the first place.

While Facebook claims that it began communicating this information directly to teens on the network this month -- like showing tips in the News Feed, for example -- it's unclear the extent to which these tools are being leveraged by their target audience.

Ultimately, it seems that the Youth Portal is quite possibly designed to keep teens on Facebook, which aligns with the company's overall goals in recent history.

Numerous features and algorithm changes that impact all users, not just teens, have been put in place to discourage navigation away from Facebook, like native video (Facebook Live) and written content (Instant Article) tools.

Now, it seems that the same approach is being applied to younger users on the network with an undercurrent of safety and youth use cases. Within the Safety section of the Youth Portal's basics, there's an item about taking a break. However, the information that follows doesn't encourage taking a break from the network -- but rather, from particular people on the site. 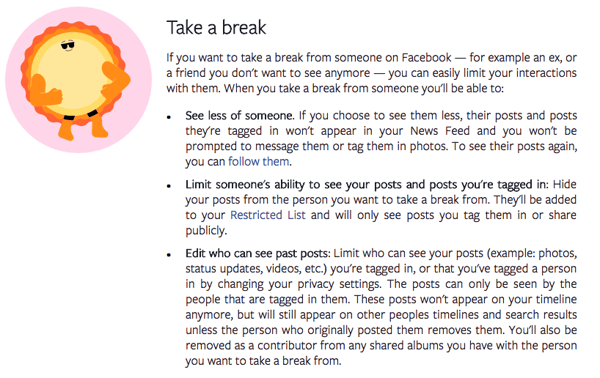 The Peer Voices section is something of an extension of that -- a destination where the same safety tips are re-framed as Principles to encourage civil behavior and common sense on the network ("think ... before you speak" and "don’t share your password with anyone").

However, the section also contains a blog that could serve as a helpful resource for teens struggling for ways or people to speak to about certain issues. For instance, in one entry titled "Finding Your Voice and Your People Online," author Dani Leever writes about Facebook serving as a highly valuable platform for finding youth LGBTIQ communities.

"Being in online spaces that allow us to be who we are can help us become that person offline," Leever writes. "Particularly if we now have the support of online friends who can help us through navigating some of the difficult parts, too."

Facebook says it's continuing its collaboration with experts in social media use among teens, indicating that the Youth Portal may continue to evolve.

The Youth Portal is available in 60 languages.