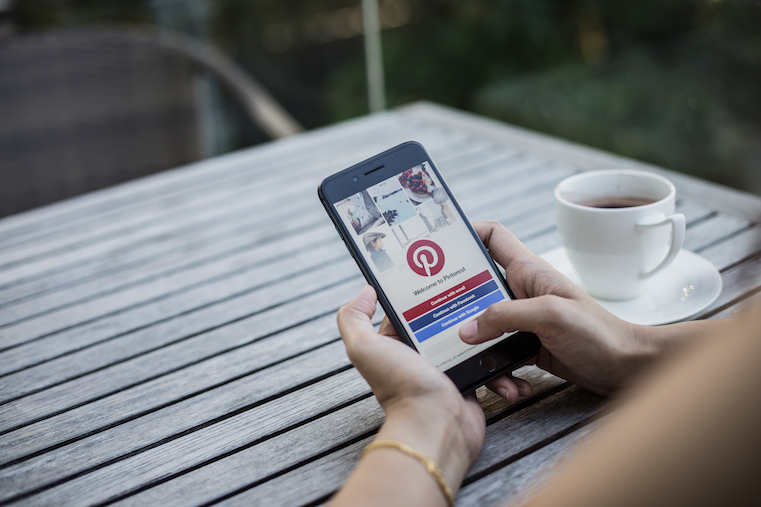 1. A Big Lyft This March

Ride-hailing company Lyft, which announced last December that it will be going public, will reportedly launch its IPO as soon as next month -- specifically, the week of March 18. This comes according to Reuters, which noted that the company expects to be valued at between $20-$25 billion.

Lyft, for the moment, appears to be winning what has become a race to go public among ride-hailing giants. Only a day after ride-hailing app Lyft said it had filed its S-1, the Wall Street Journal reported that the company's top competitor, Uber, had followed in its footsteps and filed for an initial public offering (IPO) of its own. Uber's filings suggested it hoped to go public as early as Q1 2019 -- but so far, that hasn't happened. Read full story >>

In addition to Lyft, social media network Pinterest has also confidentially filed for its own IPO. The company, which some had feared was losing popularity to the point of becoming irrelevant, has become a destination for users seeking a place to "store" visual ideas around fashion, home design, event planning, and food. It's also come under less fire than some of its social media counterparts over the past year, dodging criticisms concerning user data and misinformation. Nonetheless, the company did recently announce that it will stop yielding results for searches pertaining to vaccines, for fear of promoting anti-vaccination misinformation. Read full story >>

3. Mark Zuckerberg Will Take a Meeting With a UK Regulator

Facebook CEO Mark Zuckerberg is reportedly slated to meet with Jeremy Wright -- the UK secretary for digital, culture, media and sport -- who has expressed a strong interest in regulating the tech giant. The meeting, which will take place in private, will serve as an "opportunity for [Zuckerberg] to make the case," Wright says, that Facebook is making sustainable efforts to protect user data and fight the spread of misinformation.

Facebook, meanwhile, has come under fire in recent days for numerous charges, such as findings that the platform has continued to allow ads to be targeted around such interests as "neo-Nazis" -- criteria that the company says violates its policy and will be removed -- as well as its receipt of sensitive data from health-related apps using its analytics SDK.

At the same time, Facebook recently said it will introduce improved location controls for Android users that will allow users to restrict the collection of location data. The changes will alert Facebook's iOS and Android users to review these settings. Read full story >>

4. The Bixby-Powered Smart Speaker Could Soon Become a Reality for Sale

Last August, Samsung said it would finally debut its own smart home speaker: the Galaxy Home, the intent of which appears to be to permeate a market currently dominated, arguably, by the Google Home and Amazon Echo devices. The availability of the Galaxy Home seemed to be almost fatally delayed, with brand ambassadors at the company's annual developer conference telling attendees that it's "not yet complete."

But now, the head of Samsung's mobile business unit, DJ Koh, remarked last week that the Galaxy Home is set to launch by April -- leaving many wondering if the debut comes too late, given how many competing devices are dominating the smart speaker market right now.

For the first time, digital ad spend in the U.S. will surpass TV and print this year. Here's a closer look at how -- and where -- these ads take shape. Read full story >>

6. A New FTC Task Force Could Be Coming for Tech Monopolies

The Federal Trade Commission announced yesterday that it will form a task force to monitor the tech industry for anticompetitive activity. But for some, the group's formation raises more questions than it does answer them. Read full story >>

7. A Closer Look at Google's Fight Against Disinformation

Google recently published an extensive white paper detailing how it fights misinformation across its Search, News, YouTube, and Ads platforms. But to some, the system comes with its share of issues. Here's a closer look at what Google says it's doing, as well as the areas where those efforts might not work. Read full story >>

8. Get Real: This Month's Reasons to Care About VR

Listen up: Virtual reality deserves your attention -- along with its friends, augmented and mixed reality. Each month, News and Trends by HubSpot will let you know why, with a roundup of the biggest VR stories. It's time to get real. Read full story >>