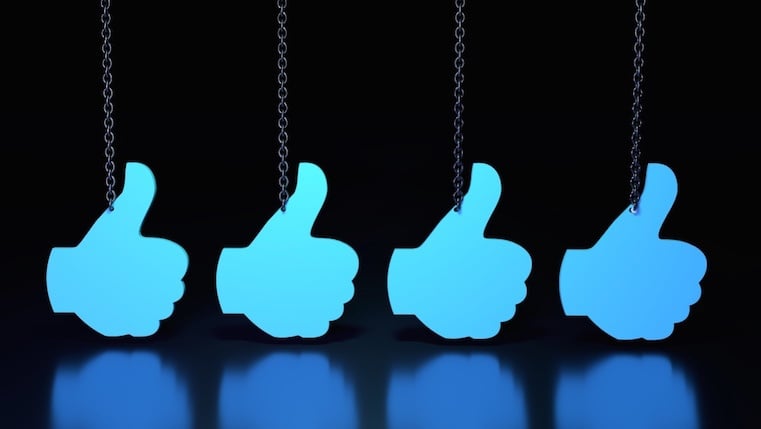 UPDATE: Wednesday, July 25, 11:22 AM -- According to the New York Times, Facebook's registration to open a subsidiary in Zhejiang has disappeared from a Chinese government database and "the approval has been withdrawn."

Welcome, one and all, to another Wednesday: the day that marks the halfway point -- almost -- to the weekend

Here in our Cambridge HQ, the days are slowly starting to get shorter. So as we hold onto to these summer days and nights -- and know that, perhaps, you are, too -- we'll try to unriddle this week's tech news in double-time.

Facebook's name has been in the news quite a bit over the past few days, from controversial interviews from its CEO, to new controversies around its content moderation practices.

Facebook -- particularly its CEO, Mark Zuckerberg -- has made no secret of its wishes to have a presence in China. And while the site and most of its related apps are still prohibited there, the company created a Chinese subsidiary, Facebook Technology (Hang Zhou) Ltd., earlier in July.

A spokesperson for Facebook said the company's presence in China will be an “innovation hub” in Zhejiang, where "efforts would be focused on training and workshops that help these developers and entrepreneurs to innovate and grow." Gerrit De Vynck of Bloomberg has more. Read full story >>

Last week, Zuckerberg sat down with Kara Swisher for an interview on Recode Decode. And while 90 minutes wasn't enough to cover everything, Swisher did ask about topics ranging from the spread of disinformation on the platform to content moderation policies (e.g., why some Pages still haven't been removed).

After the interview was made public, Zuckerberg went on to say that some of his comments about those who "get things wrong, even multiple times" -- such as the "set of people who deny that the Holocaust happened" -- were misinterpreted as being made in defense of that very set of people. Read full interview >>

During last week's Congressional testimony on the "filtering practices" of social media networks, Facebook VP of Global Policy Management Monika Bickert seemed to struggle to define what the platform constitutes as "fake news" -- and address questions on how content is moderated on the site.

While Bickert did allude to the company's fact-checking practices and the "threshold" used to determine how Pages and Groups are penalized, answers to certain questions on why certain "repeat offender" publishers were still allowed to post on the network led mostly to more confusion.

That was followed by a Channel 4 undercover report that content moderators are sometimes instructed to take a "hands-off" approach to "flagged and reported content like graphic violence, hate speech, and racist and other bigoted rhetoric from far-right groups."

Since then, however, Motherboard obtained leaked internal documents on when to ban Pages or Groups for content in violation of Facebook's community standards, like hate speech. The problem: There is no unified view of what constitutes hate speech. Read full story >>

Meanwhile, Facebook says it will continue its efforts to stop the spread of misinformation on its site and its many portfolio apps -- including WhatsApp, where the company says it will limit the ability to forward messages in hopes of spreading such false news as that which prompted serious violence in India and Myanmar. Read full story >>

Similar policies and practices are coming to the core Facebook platform itself, where The New York Times reports the company will start removing what product manager Tessa Lyons says is a specific "type of misinformation that is shared in certain countries that can incite underlying tensions and lead to physical harm offline." Read full story >>

The European Union will fine Google €4.3B -- roughly $5 billion -- in an antitrust case that the European Commission has based on alleged abuses by the company for "Android market dominance." These include the Google's forced inclusion (e.g., for phone manufacturers) of its own search engine and apps like the Chrome browser into the Android operating system -- which Google has 90 days to stop doing.

Google CEO Sundar Pichai later released a statement defending the company's practices around its operating system, saying that it "has expanded the choice of phones available around the world." Read full story >>

3. Scooters Are Absent From the Streets of San Francisco

Following the passage of San Francisco city laws (effective June 4) that bars scooter companies from operating without a permit, applications from 12 companies seeking to provide these services (including Uber, Lime, and Bird) are still under review by the San Francisco Municipal Transportation Agency (SFMTA).

While the goal was originally to approve five companies by July, Megan Rose Dickey of TechCrunch says that this prolonged review process indicates that scooter operations may not resume before August. Read full story >>

4. Lyft Steps Up Its Background Checks

Last week, we reported that Uber is reinforcing its efforts around safety, and Axios stated that it will conduct ongoing background checks on drivers, rather than performing them on a one-time occasion.

Now, it appears that one the company's chief rivals, Lyft, is following in its footsteps, and exploring how to strengthen its background checks after revelations that a driver with a serial violent criminal record managed to bypass the system. The news comes among revelations of a St. Louis Uber driver publishing videos of passengers online -- who had no idea they were being filmed. Carolyn Said of the San Francisco Chronicle has more. Read full story >>

Late last week, Google, Facebook, Microsoft, and Twitter announced a joint effort on the Data Transfer Project: a new "standards initiative" that's meant to make it easier for users to move their personal data between platforms.

The ability for users to seamlessly take their personal data from, for instance, Facebook -- which calls the project a "commit[ment] to building a common way for people to transfer data into and out of online services"-- has been scrutinized by many, including those who point out that the company owns most of the companies its own CEO identifies as competitors. Russell Brandom of The Verge has more. Read full story >>

Even as networks fight the spread of spam and misinformation, our research shows that nearly half of social media users report seeing more of it. The findings raise the question: While social networks have made no secret of their efforts to fight the spread of spam on their sites, how have these efforts been paying off -- and are users noticing them? Read full story >>