Tesla in Space and Uber in Court. It's Your Monday Morning Briefing. 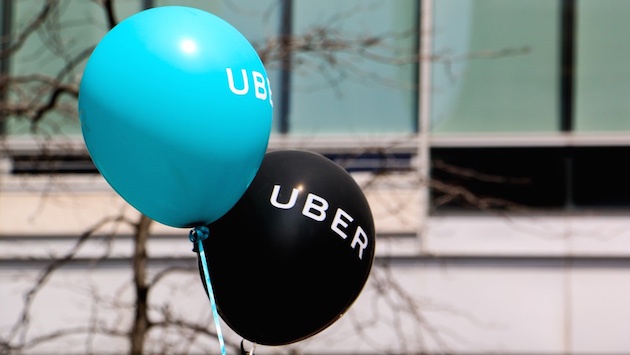 Hello, everyone. Welcome to Monday.

I need coffee. You need coffee. And we all could use a little refresher on what happened in tech last week -- and where that leaves us as we kick off the week ahead.

Without further ado, here are our top three picks for the biggest stories that emerged last week.

Tesla in Space and Uber in Court: Your Monday Morning Briefing

The SpaceX Falcon Heavy -- what has come to be known as one the most powerful rockets in history -- had a successful launch last week from Cape Canaveral, Florida without any major issues (like an explosion) or significant malfunctions.

Aboard the rocket was SpaceX CEO Elon Musk's own Tesla vehicle -- many, an especially fancy, expensive, and eco-friendly sports car, which is currently in orbit with a mannequin "" along for the ride.

The event didn't go off entirely without a hitch. While the itself is impressive -- considering the Falcon Heavy's high bandwidth for cargo (140,000 pounds, which is about 2X the capacity of any other functioning rocket in history) and high engine capacity (27 of them) -- some things didn't go as planned.

First, the ship's middle core didn't meet the drone ship on which it was supposed to land, missing the destination by about 300 feet and falling into the ocean, instead.

Later that week, it was reported the rocket carrying the Tesla and "" overshot its path, projecting past the orbital path of Mars and deeper into the Solar System than intended -- though astronomer Jonathan McDowell‏ predicts it could come in contact with Mars around 2020.

2. Uber and Waymo's Day in Court

On what would have been day five of a long, ugly trial, Uber settled a lawsuit out-of-court with Waymo, the company accusing the ride-hailing giant of stealing its self-driving trade secrets.

The terms of the settlement dictate Uber will pay Alphabet (Google and Waymo's parent company) 0.34% of a late stock offering -- about $245 million in equity.

The settlement was announced in a statement penned by Uber CEO Dara Khosrowshahi, who assumed the role last September. In it, he referred to Alphabet as "partners" and "important investors in Uber," and apologized to members of Uber’s Advanced Technologies Group for the distraction from their work.

However, Khosrowshahi denied any belief that Uber did, in fact, play a part in the theft of trade secrets from Waymo.

"We do not believe that any trade secrets made their way from Waymo to Uber," he wrote, "nor do we believe that Uber has used any of proprietary information in its self-driving technology."

Opening arguments began last Monday, after nearly a year of ugly accusations and back-and-forth drama involving delayed trial start dates and more. In October, the HubSpot Marketing Blog broke down the history of the trial.

A major player in the trial is Anthony Levandowski, a former Google employee accused of stealing myriad documents from his former employer and bringing them to Uber.

Levandowski left Google to work on his own self-driving startup, Otto, which was acquired by Uber. Levandowski no longer works for either.

It's a long, sordid history -- one summarized by dozens of outlets leading up to the trial. To review the gripping play-by-play, I recommend following transportation writers Johana Bhuiyan, Biz Carson, and Kate Conger on Twitter.

What intrigues me is how messy things have already become in this fairly new sector of technology. Legal contention over trade secrets isn't a new concept, but a trial of this gravity happening this early in the lifespan of autonomous vehicle development does, at a minimum, give me pause.

Not only does everyone seem to want in on it -- companies ranging from Apple to more "traditional" brands like GM have made significant investments in developing self-driving cars -- but those involved are extremely protective of what they create.

We'll keep an eye on how the lawsuit and its outcome  the self-driving sector moving forward -- and the evolving legislation around it.

3. The Apple HomePod's Arrival Is Met With Mixed Reviews

Finally, in the latest entrance of major players into the voice assistant market, Apple shipped its HomePod: a home speaker that pairs personal assistant capabilities (in the form of the brand’s own Siri) with music broadcasting.

In fact, Apple boasts the coupling of Siri’s AI with Apple Music technology — the brand’s latest generation of iTunes — helps it learn each user’s tastes and preference in songs, artists, and genres.

But there’s a catch: The HomePod only integrates with Apple Music.

Early reviews of the HomePod pointed out its unparalleled sound quality, which only goes so far if, say, you’re accustomed to Spotify or Pandora.

I’ll be writing more about the HomePod later this week and how it stacks up against other major voice assistant devices. But in the meantime, I’ll wax philosophical on its fate.

Are there enough Apple Music enthusiasts to help it outsell its counterparts from Amazon and Google? (The Wall Street Journal, for one, says Apple Music’s user numbers might soon surpass Spotify’s).

Or will Apple see more of us who are simply too committed to our current streaming music services to make the switch to its speaker?

That’s all for today. Have a great week.