Welcome to Wednesday, and the latest edition of "Unriddled": the HubSpot Marketing Blog's mid-week digest of the tech news you need to know.

This week is big on news from Amazon -- from to user numbers, to in-car deliveries. But that's not the only thing happening around tech town, and we're here to help decrypt what's happening in this big, wide sector.

1. We Finally Know How Many Prime Members Amazon Has

In an annual letter written last week to shareholders, Amazon CEO Jeff Bezos disclosed a long-sought-after figure by analysts and tech writers alike: how many Prime members it has. The grand total, he wrote, has "exceeded 100 million."

Amazon Prime is a paid subscription model (for an annual fee of $99, or $12.99 per month) offered by online retailing giant Amazon, offering such perks as free two-day delivery on many products, as well as free streaming videos and music selections. In certain regions, a membership also includes free two-hour delivery of certain items through a service called Prime Now.

Just yesterday, Amazon announced the launch of In-Car Delivery, which allows Prime members to have Amazon packages delivered to their cars if they're parked at home, work, or near other locations in your address book." However, it does come with eligibility requirements, depending on the make and model of your car, and your location. 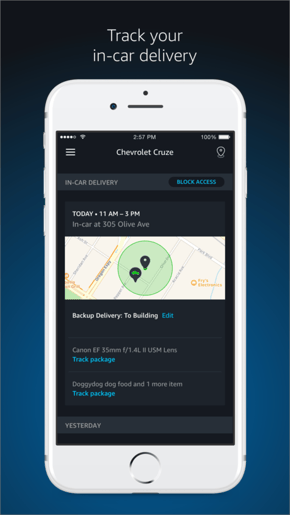 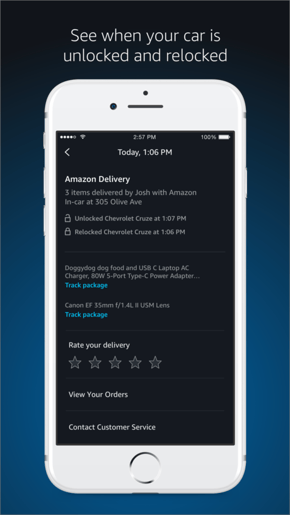 Paid Prime membership numbers, as well as some of the other figures cited in Bezos's letter, are likely to come up the company's Q1 2018 earnings call, scheduled for this Thursday (April 26) 5:30 PM EST.

When people began downloading their Facebook data files -- present company included -- for many of us, things got weird.

Yesterday, Constine reported that Instagram has officially made a personal data download available, largely because it will be required to do so by the General Data Protection Regulation (GDPR) -- which comes into force a month from today.

An Instagram spokesperson told TechCrunch that all users should be able to download their data on the network's desktop site, but that apps across iOS and Android devices might still be rolling out.

To download your data on Instagram's site, you must be signed in, and can then begin the download process here. When I tried it, I was prompted for an email address and told that it could take 48 hours for the data report to be fully compiled. 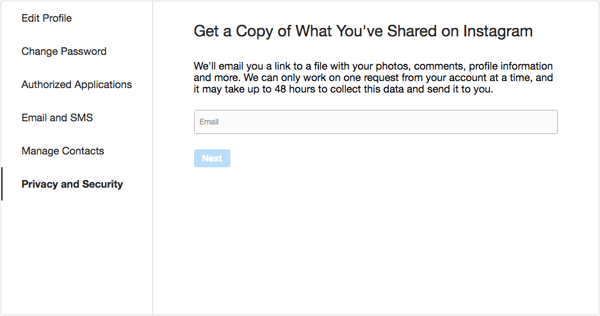 It's worth noting that, as of writing this post, any email address could be filled in to have the data download link sent to -- not just the one associated with your account. However, not only do you have to be signed into your account in order to get to that point, but when I tried it, I was also asked for my password again after entering an email address.

I also discovered that regardless of where the link is emailed, you do need to be logged into the account in question in order to download the data file.

Based on my own data download, the file contains all photos, videos, and Stories uploaded to your profile, as well as the content of any direct messages.

Your direct messages, however, are all compiled within a single JSON (JavaScript Object Notation) file format -- as are files containing your historical comments, likes, and searches. 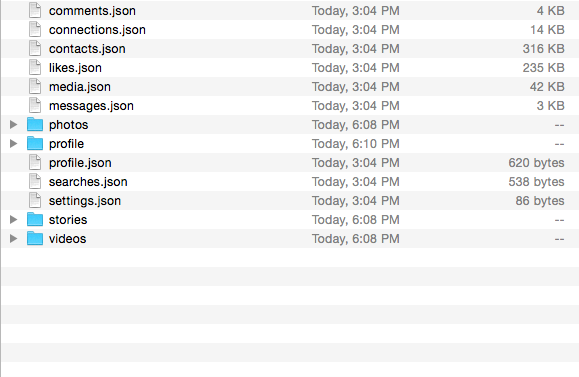 3. A Big Week for Earnings Calls

In addition to Amazon's above-mentioned 2018 earnings call, several Big Tech players are expected to host their own this week.

Google's parent company, Alphabet Inc., held its own Q1 earnings call on Monday, where it was revealed that nearly 5,000 new employees were added to its various companies' headcounts over the last quarter alone. At the end of March, that left Alphabet with a total of 85,050 employees.

About 40% of those new hires were the result of Google's acquisition of an engineering team from HTC to work on the company's Android One line.

Twitter's Q1 earnings call is also scheduled for this week, and as of the publication of this post (7:00 AM EDT on Wednesday), should be underway and available for live listening on its investor relations page at 8:00 AM EDT. 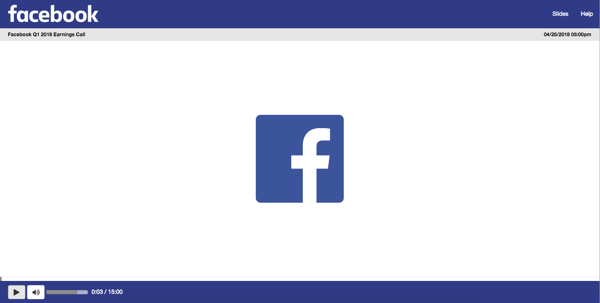 On Tuesday, Dr. Aleksandr Kogan -- the Cambridge University professor behind the data-harvesting app who eventually sold personal user information to Cambridge Analytica -- testified before the Digital, Culture, Media and Committee. Facebook CTO Mike Schroepfer is scheduled to testify before that same committee tomorrow: the same day the U.S. House Judiciary Committee will be hosting a hearing on social media "filtering practices."

A report from Bloomberg says plans are underway at Amazon's Lab126 -- the company's Silicon-Valley-based hardware research and development division -- to build a "domestic robot," under a project codenamed Vesta.

These plans are far from the first within the tech sector to build such a robot, as science fiction novels and films alike have long projected a future in which robots are members our families -- case in point: Rosie (sometimes spelled Rosey) the Robot from animated series "The Jetsons" -- with many tech companies striving to follow suit.

Robots have often been front and center at major brand keynotes at large-scale annual tech events like CES, where this year, Sony and LG were only two companies debuting their own. (LG's robot, , malfunctioned more than once this presentation).

Poor Dave. Dude can't even get Cloi to answer him when he asks for a recipe. (Though I think I saw her "blink.") #CES2018

Bloomberg does correctly make the case that Amazon has laid a strong foundation for building such a domestic robot -- which it predicts could be a moving Alexa of sorts that would accompany users throughout their homes -- citing its success with the Echo personal assistant device, which was something of a pioneer in that area.

However, the same argument could be made about Google, whose Home device has seen success since its 2016 debut. It has been speculated by some, however, that the Alphabet portfolio company could possibly be taking a loss in its hardware-building efforts, especially given the Q1 fiscal results indicating Nest -- the home automation device manufacturer owned by Google -- had an operating loss.

The big question for me is: if Google loses that much on thermostats, how much is it costing the company to establish itself as a maker of smart speakers, displays, and phones? https://t.co/KZcomwjkLv

And while Bloomberg says Amazon's Vesta project has been underway for several years now, it also points to job listings on the Lab126 site showing an aggressive investment in getting such a robot built and, possibly, out to market. According to Research and Markets, consumer robot market share is expected to reach nearly $15 billion in the U.S. by 2023.

Did Mark Zuckerberg's answers to lawmaker questions help restore faith in Facebook? Not really, according to new data -- which indicates people trust the social media giant even less since the CEO's congressional hearings earlier this month. Read full story >>

Speaking of trust: What are social media networks doing to protect your personal information? Check out this infographic and learn how three platforms are keeping information secure. Read full story >>

Yesterday, Facebook publicly disclosed its content review policies to shed light on decisions to remove or allow certain posts. The company also plans to roll out an appeals process around these decisions. Read full story >>