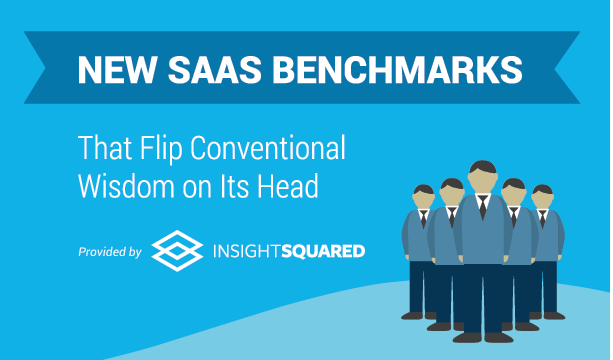 Some sales teams are better than others. We all know it. But what's differentiating the best from the best?

After analyzing data from hundreds of sales teams, the folks at InsightSquared uncovered just that, and shared an infographic highlighting these new SaaS benchmarks.

New SaaS Benchmarks That Flip Conventional Wisdom On Its Head

The Ultimate Guide to Sales Metrics: What to Track, How to Track It, & Why

28 KPIs Every Sales Manager Should Measure in 2021

Everything You Need to Know About Monthly Recurring Revenue (MRR)