ACV: What It Means & How to Calculate It 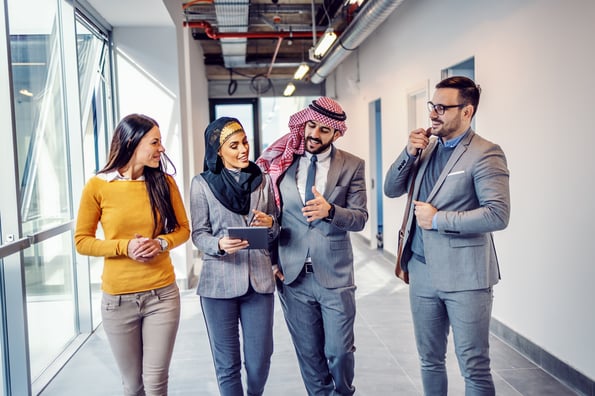 These metrics help you see your sales strategy as a bigger picture. You can pinpoint places of friction and see what's working in your process.

Another metric you might include in your list is ACV. This is a useful calculation to compare against the others you're collecting.

Below, let's learn everything there is to know about ACV. What it is, how it compares to other metrics, and how to calculate it.

What Does ACV Mean in Sales?

ACV, or annual contract value, is the total amount of revenue a contract has for a year. This metric is usually used by SaaS companies who have yearly or multi-year contracts. This number is usually an annual average and breaks down a total contract value (TCV) annually.

One of the main reasons that companies calculate ACV is to compare it to metrics such as ARR or CAC. By comparing your ACV to CAC, you can figure out how long it'll take to make a profit off a certain contract.

So, you might be wondering, "How do I calculate this?" Let's learn how below.

How to Calculate ACV

To calculate ACV, use this formula: total contract value ➗ total years in contract = ACV. For example, if a customer signs a 5 year contract for $50,000, then your ACV would be $10,000. If the contract is written up on a monthly basis, you can calculate monthly recurring revenue (MRR) and multiply by 12.

It's important to note that ACV is not an industry standard metric, meaning some businesses calculate it differently. While one company might include one-time fees such as set-up costs, others don't. Regardless of your business's choice, make sure you have a standardized method for calculation so you can compare metrics accurately.

Right now, you're probably thinking that ACV sounds a lot like ARR. However, the two metrics are actually different. Below, let's learn how ARR and ACV differentiate.

While ACV is a normalized annual value of one contract, ARR accounts for recurring revenue across several contracts. ARR is an industry standard metric that SaaS companies expect to repeat year over year.

ARR is a standardized metric that is examined on a company basis at one point in time. On the other hand, ACV is a normalized revenue metric that spans across multiple years.

While most companies calculate ARR, ACV might only be valuable for subscription-based companies, such as SaaS tech organizations or B2C subscription retailers like FabFitFun.

So, what's the typical ACV for SaaS companies? Let's find out below.

The short answer is that there's not a typical ACV for all SaaS companies. However, the long answer is a little more nuanced.

When it comes to calculating ACV for SaaS companies, it's important to understand that your subscription model might lend itself to a lower ACV. If that happens, it could just be industry specific.

For example, Netflix is a subscription-based company, but their monthly cost is fairly low. Since Netflix costs $12.99 a month, the company only makes $155.88 annually per customer. However, in 2018, the company reported an annual revenue of $15.8 billion. That's because the business most likely diversifies its revenue streams, and has a lot of customers that aren't paying as much instead of a few customers who pay a lot.

According to a Pacific Crest survey of 400 private SaaS companies, the median ACV was $21K, with 26% of respondents below $5K and 13% above $100K. Keep in mind that this is a small sample size and can't necessarily represent the typical ACV for all SaaS companies.

ACV is most valuable when it's compared to other sales metrics and shouldn't necessarily be looked at individually. You'll likely use ACV in conjunction with CAC, TCV, and ARR.

When you compare ACV to CAC, for example, if the annual contract value doesn't offset the cost of acquiring the customer, then there's an issue. You might be spending too much time securing contracts. If this is the case, you'll want to evaluate your sales process for friction.

While ACV can be a useful metric when compared to other sales metrics, it's important to know that you can have a low ACV and still be a large, successful company like Netflix.