The What, How, and Why of Effective B2B Inside Sales

Digital transformation and a shifting sales landscape are driving both general interest in and a pronounced need for salespeople that might not physically interface with prospects. As time has gone on, many B2B companies have begun to incorporate that brand of sales — known as B2B inside sales — into their overall sales infrastructure. 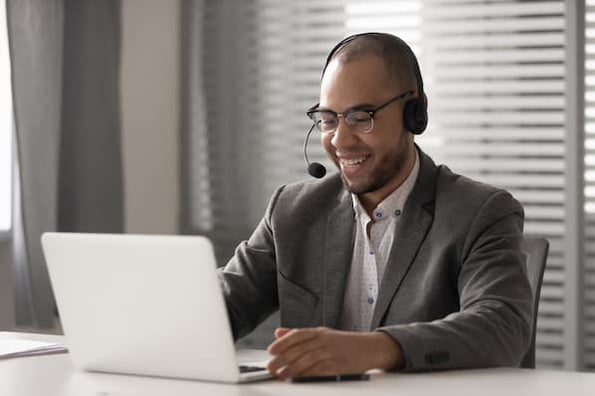 Considering their increasing prevalence and tremendous utility, B2B inside sales are certainly worth understanding and exploring. Here, I'll offer some general context on the concept and take some time to distinguish it from its more traditional counterpart — B2B outside sales.

B2B inside sales reps generally operate remotely. They typically work from home or a company office. They don't physically interface with decision-makers from the businesses they engage with.

B2B inside sales could just as easily be referred to as "digital" sales. The entire premise of the practice is based on conducting sales efforts via communication technology — over the phone, via email, on video-conferencing software, or through any other means of digital communication that don't require direct human contact.

The practice is usually highly structured. Inside sales reps generally operate by definitively established sales processes, practices, and sequences. They might adhere to somewhat rigid schedules and generally have their efforts tracked and measured by well-defined KPIs. Those might include factors like quota attainment, number of calls made, or meeting acceptance rate.

Despite the structure surrounding it, the practice still requires critical thinking skills, considerable research acumen, and articulateness — as B2B inside sales reps need to be able to develop and express deep product knowledge.

These reps don't have the benefit of demonstrating the product they're selling in-person. Instead, they need to be able to articulate that product's value, describe its specifications, and illustrate its immediate applicability to the business they're selling to — all without ever meeting in person.

To do so effectively, B2B inside sales reps need to conduct extensive research on prospective companies, understand the nuances of the product itself, and be able to improvise when confronted with difficult questions.

The opposite of B2B inside sales is — shockingly enough — B2B outside sales. The two practices have considerable overlap in terms of a required skill set, but those skills tend to be applied differently in each respective brand of sales.

B2B outside sales — also known as field sales — rests on in-person interactions. With this brand of sales, reps meet with prospects physically to personally interact and negotiate with them.

For the sake of comparison between B2B inside and B2B outside sales, we'll consider a hypothetical construction project management software company — Inbound Construction Technologies. The company has both inside and outside sales reps and is currently targeting regional fast food chains looking to renovate their existing franchises.

The B2B Inside Sales Team's Role

As I mentioned earlier, the B2B inside sales process tends to have a considerable amount of structure to it. In this case, the reps in question would research and make consistent outreach to different chains that might be interested in the company's product in accordance with those boundaries.

They would work remotely — meaning they would be operating from home or in an office, separate from the prospects they reach out to. They would work to reach specific milestones on a daily, weekly, or monthly basis, including metrics like completed calls and booked meetings with representatives from the chains they're targeting.

Let's say a rep manages to connect with a representative from a fried chicken chain in the North East called Flippin' Chicken. The company wants to overhaul its current restaurant architecture before expanding its reach beyond its current region.

As I alluded to earlier, the success of that interaction would rest on the inside sales rep's product knowledge and ability to articulate product specifics without tangibly presenting them.

The B2B Outside Sales Team's Role

In this instance, one or more outside sales reps at Inbound Construction Technologies would personally interface with Flippin' Chicken's decision-makers.

They might tour an individual franchise. They might take the prospects out to lunch. Or they might go directly to the company's headquarters to carry out the demo that the inside sales team booked.

One way or another, they would spend time with executives and other representatives from Flippin Chicken to build trust and establish legitimacy. They're not just hawking a product, outside sales reps generally act as satellites for the business they work for — as a whole.

In this case, they'd try to show that Inbound Construction Technologies, itself, cares about Flippin Chicken's best interest and will reliably deliver on it going forward — all while demonstrating the value and practicality of the product they're selling.

So again, let's say an inside sales rep managed to schedule a demo. In that case, an outside sales rep will likely carry it out. In this example, that would probably mean the outside sales rep highlighting the general utility of the product, projecting the legitimacy of the company, and stressing how it suits Flippin Chicken's planned architectural overhaul, specifically.

If you're interested in keeping a pulse on how the sales world is changing, you can't afford to ignore the emergence of B2B inside sales. It's an efficient, increasingly popular, cost-effective method that your company might stand to gain a lot from employing. Regardless of whether you incorporate the practice into your overall sales efforts, it's still worth having some concept of.