Capping the Incentive Plan: A Sure-Fire Way to Lower Sales

“Remove the cap!” is one of the most frequent comments heard in focus groups when salespeople are asked what should be changed with their incentive plan. Based on this response, you might think there is a history of bumping up against the limit, and people feel cheated out of an incentive payment they rightly earned. But in reality, when salespeople are asked if anyone ever hit the cap, the answer is usually either “no” or “a few reps several years ago.” 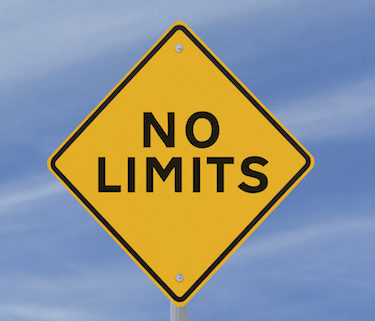 So why would a plan feature that is so rarely invoked be such a high-ranking concern for salespeople? Of all of the elements in the plan that sales reps could be concerned with, why don't they focus on the ones that have directly impacted them?

It is the psychological profile of salespeople to want an unlimited incentive, and they balk at the perception that they are being placed into an income box. So even though the cap is seldom reached, its mere existence in the plan negatively impacts reps.

What should those responsible for sales incentive plan design do with this dilemma? Following are three cap-related suggestions for mitigating irritation and loss of motivation among salespeople while still having a plan that allows CFOs to sleep at night.

If you have a choice, don't cap.

If you're designing your sales incentive plan from scratch and don’t have a preconceived notion of whether to cap, don’t. Assuming you are among the majority of companies with a sales force that rarely hits the cap, don’t dilute salesperson motivation for such an infrequent event.

Careful financial modeling of the new plan should reveal how much you will pay in total incentives at every level of performance. If an uncapped plan produces 120% performance, you should be able to calculate the incentive cost within a percent or two.

The majority of CFOs will agree to an uncapped incentive plan as long as the resulting compensation cost of sales is predictable and reasonable at all levels. In addition, your CFO should know that if an absolute cap is in place, salespeople who are at or near the limit will slow down or defer sales to the following period to maximize their earnings. So an effort to maximize financial results by limiting incentive payouts in the current period could have the opposite effect as top salespeople shift sales into future periods, thus reducing sales and revenue in the current period.

If you must cap, consider an option other than an absolute cap.

If a no-cap policy simply won’t fly with executives, add a “management reserves the right” clause or a “per deal” cap to the incentive plan. This handles two of the biggest management concerns -- the windfall deal significantly larger than an ordinary sale, or the deal that was not solely (or significantly) influenced by the salesperson.

However, while the management reserves the right clause is a feasible option, it is often viewed negatively. To avoid that unsavory perception, you could instead institute a per deal cap, which limits sales credit (or payment) for any single deal. While salespeople will still chafe at this, they will be far less annoyed than with an absolute earnings cap. And the per-deal cap provides something closer to a win-win for all parties than an absolute cap: it limits company risk in a windfall sale while paying salespeople well for a single deal and keeping them hungry for the next one.

If neither of these options assuages management’s concerns, try implementing a “decelerator.” A decelerator allows continued earnings at all levels of performance, but the incremental earnings at the highest performance levels are far less than at lower levels. For example, you might pay a 10% commission between 100% and 200% of quota, but introduce a decelerator commission rate of 2% beyond 200% of quota. This allows for continued earnings on additional sales, which keeps the salesperson engaged in continued selling while limiting the risk to the company.

If an absolute cap is the only option, beware of unintended consequences.

If none of the above solutions are well-regarded, you are left with an absolute cap on earnings. And this could cause unintended negative outcomes.

Specifically, salespeople close to the cap could hold sales until a subsequent period in which they are no longer capped. This not only encourages bad behavior among your sales reps, but it could also be damaging for your clients, who might have to wait longer for your products or services.

Bottom line: caps in incentive plans should be avoided if possible. Try following the suggestions outlined above to alleviate management’s concerns about large incentive payouts and keep your sales force as hungry as possible throughout the year.

Calculate how much sales reps will earn with seven different sales compensation methods.