Cold calling is one of the most frustrating responsibilities many — if not most — sales reps will have to put up with at some point in their careers. It has a less-than-stellar conversion rate, and anyone conducting it is bound to face rejection after rejection before they manage to see success. 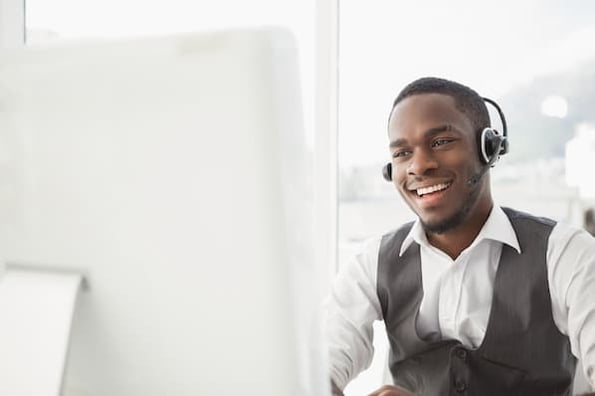 Still, the method is effective enough to remain a key activity in several sales org's wheelhouses — as an estimated 69% of buyers have accepted cold calls from new providers.

It's a tricky process to navigate with a lot of room for error. Here, we'll review some of the common cold calling mistakes that tend to trip reps up and go over how those pitfalls can be addressed. Let's dive in.

Cold Calling Mistakes to Avoid in 2023

Ask anyone who has done it consistently, and almost all of them will tell you: Cold calling can be an absolute nightmare. According to Gartner, 48% of salespeople are afraid to pick up the phone and make cold calls.

The vast majority of cold calls go nowhere — LinkedIn found the practice only has a conversion rate of around 2%, and it typically takes a rep 18 or more dials to reach a single tech prospect. It's a process rife with rejection, frustration, and occasional personal attacks.

That's often enough to take the wind out of even the most willing, eager, motivated sales rep, but letting the tougher parts of the process get to you is one of the bigger mistakes you can make while cold calling.

How to Fix It: Learn to take rejection in stride.

Understand that cold calls are difficult and often fruitless by nature. Your low conversion rate isn't a reflection of you as a person. Rejection is a fact of sales life — especially in the context of cold calling.

Start thinking of rejection as another aspect of the job — something you need to learn how to power through. Keep your legs moving, and put any bad call behind you as quickly as you can. You're bound to convince a prospect somewhere down the line, so keep at it until you do.

Effective cold calls are almost always guided by some degree of direction and structure. Resources like call scripts and pre-call checklists can set a course for productive conversations — and while they shouldn't be followed religiously, consistently trying to wing cold calls without them can be tough.

Sales enablement resources for cold calls help you follow standards for your sales org's messaging, give you reference points for the key conversational elements you need to address, and help you set a call straight if your prospect goes too far off the rails.

That's why sales orgs take creating those materials seriously. According to The HubSpot Research Global Sales Enablement Survey, 39% of sales orgs prioritized creating call scripts in 2020 — along with 37% that prioritized putting pre-call checklists together. If your company has these resources available, it's in your best interest to reference them.

How to Fix It: Consistently reference these materials — but don't go overboard.

As I mentioned at the beginning of this section, sales enablement resources like call scripts aren't meant to be abided by religiously with no room for improvisation and finesse — but you shouldn't ignore them entirely.

Take a thorough look at the sales enablement materials your sales org has to offer. Understand the key elements they cover. Know the talking points you should be addressing. Have a general picture of what an ideal call looks like, and use all of that knowledge to thoughtfully structure your conversations.

You don't want to sound like you're reading to your prospect, but you don't want to find yourself figuring everything out as you go on a cold call. Strike a balance between the two — leverage your sales enablement materials without relying solely on them.

You never want to go into a cold call completely blind. Prospects don't want to be treated like another name on a list. Their businesses have unique issues that warrant equally unique appeals. You need to have some picture of who's on the other side of the call if you want your conversations to be productive.

That might sound like a tall order, as you could be making hundreds of calls per week — but if you want to get the most out of your calls, you can't treat your prospects as a monolith.

You might be touching base with companies operating across various industries and verticals. Make sure you have a picture of the specific needs and interests that come with those qualities.

How to Fix It: Allocate time for call prep.

Crunchbase found that top sellers spend an average of six hours every week researching their prospects. You don't necessarily have to block out massive portions of your schedule to pore through every page of a company's website before you reach out to them.

But you do need to take the time to develop a solid picture of the challenges similar businesses generally face — along with some baseline intel on the organization itself.

There's a line between being disarming and being unprofessional. Prospects don't want to talk to someone who comes off as too stiff, robotic, and impersonal — but that doesn't mean they'll be receptive to someone who sounds like they have their feet kicked up on their desk, solving a Rubix cube like the call doesn't matter to them.

Every cold call reflects on your company, one way or another — and most potential customers don't want to do business with an organization that doesn't take itself seriously. So using overly familiar language in a casual, jaded tone doesn't register with most prospects.

Opening a call with, "What up, dude?" and using too much slang throughout a call undermines your ability to convey legitimacy and develop trust — so you need to know when to pump the brakes on being too comfortable.

How to Fix It: Know the difference between appropriately friendly and overly familiar.

Every cold call needs to have some kind of personal touch. It should be relatively free-flowing and unimposing — but all of that needs to be underlaid with professionalism. Strike a balance between casual and informed.

Leading with "Hi Jim!" is appropriate — starting with "Jimbo, my man! How are we doing, bro?" isn't. A cold call is an opportunity to cast yourself as a trustworthy, consultative resource for a potential customer. If you talk to prospects like you've known them since middle school, they're going to be too skeptical to take you seriously.

Cold calling is every bit as grating as it is ultimately effective — and there's plenty of space for hitches and hiccups while conducting it. When it comes down to it, the keys to avoiding those mistakes are composure, patience, and persistence.

Stay cool, understand that you'll be in for a rough ride, and keep at it until you thrive. If you can remain on top of all of that, you'll be in a solid position to avoid the common cold calling errors that trip even the best sales reps up.