Fortune 1000 Sales SVP Reveals How He Got His Job [SlideShare] 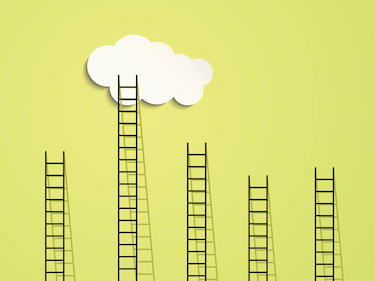 Most people’s first jobs aren’t their dream jobs. Neither are their second jobs. Or their third.

No one knows this reality more intimately than millennials. Finding a job that’s the least bit related to your degree or ultimate career plans in the wake of the Great Recession can be tricky -- even on a second or third (or fourth) try. It’s not long before the frustration starts setting in, and suddenly you’ll take any job that pays enough. Professional paint drying supervisor? Why not.

But take it from someone who’s been there: Learning from the undesirable, low-paying jobs is precisely what gets you the one you want. Jim Norton, SVP of ad sales at AOL, didn’t inherit his job, or score it fresh out of college. He worked his way up, from office equipment salesman, to door-to-door radio advertising sales, to television, and eventually Google, and AOL. And rather than being a waste of time, those years spent knocking on doors provided him with the sales foundations to be successful as an SVP.

In this SlideShare, he reflects on the career lessons that got him where he is today. Bottom line: Don’t quit your day job, because it just might lead to your dream job.

The 23 Best Crowdfunding Sites to Launch Your Business or Product