How a Pre-Meeting Survey Can Differentiate Your Sales Process 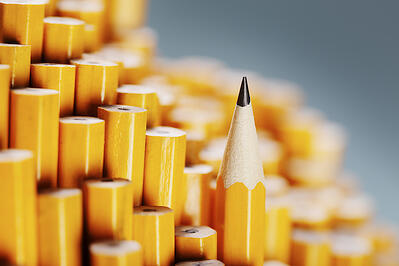 This post originally appeared on the DoubleCheck Research blog, and is reprinted here with permission. 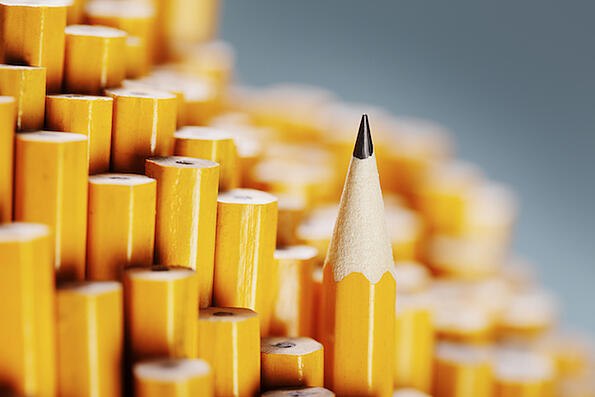 Abraham Lincoln once said, “Give me six hours to chop down a tree, and I will spend the first four hours sharpening the axe.” Honest Abe was a man who knew that success in anything -- war, an election, or tree-chopping -- lies within the careful steps taken to prepare for the act.

Most experienced salespeople know this lesson all too well. Over the years, they have spent countless hours scouring annual reports, corporate websites, and personal profiles in an effort to ensure that they make the best possible impression during a first-time, executive-level meeting. The problem is that preparing with publicly available information is no longer something that sets one apart -- it has become the norm.

In a world where standing out is important, how do we differentiate?

The Value of Pre-Meeting Surveys

I recently asked the CMO of a midsize retailer if he would be open to completing a pre-meeting survey prior to a first-time meeting. Not only did he answer with a resounding, “Yes!” but added, “Five or six questions wouldn’t likely do the job. It would need to be much longer.”

The CMO told me that he often participates in sales calls where the sales representative knows nothing about his business. He pointed out that, when an executive accepts a meeting, he or she expects -- or at least hopes -- it will be valuable. Unfortunately, many meetings were proving to be a waste of time.

With this in mind, I understood why he was so willing to complete a pre-meeting survey. A set of smart, pointed questions prior to the meeting greatly increases the odds that it will be valuable.

A pre-meeting survey has significant benefits for both buyer and seller, but here are four benefits specifically from the sales side.

1) Separates You From the Crowd

I interview executives daily about their buying experiences. None of them have been sent a pre-meeting survey, and all of them would be open to participating. In addition, many of the executives tell me they often select a solution based on their sales experiences. Using a pre-meeting survey can help a salesperson stand out from the crowd, impressing your prospect from the get-go.

If Alex Trebek handed you the questions the day prior to your appearance on Jeopardy!, would you focus on anything other than finding the answers to those specific questions? With pre-meeting insights provided by your buyer, you can eliminate hours of “guess-prepping” and focus on what you know is most important to the executive.

During a traditional sales process, the first meeting is often a fact-finding mission. At a basic level, a successful meeting for salespeople is one in which they walk away with an understanding of the organization, the executive’s needs, and the decision time frame. With this knowledge in hand, the salesperson is well-equipped to return to the office to properly prepare for the second meeting, whenever that may be. But by getting the answers to your questions prior to the meeting, you’re able to combine the first and second meeting into one, which helps to rapidly advance your sales process.

As someone who has participated in thousands of first-time meetings, both as a salesperson and a coach, I know how important those first five minutes are to setting the tone. I understand just how awkward they can be (and as a self-proclaimed “sweater,” I also know they can be a bit uncomfortable). A pre-meeting survey presents the perfect icebreaker for any first-time meeting and, perhaps more importantly, gets the prospect talking about themselves right off the bat.

As President Lincoln suggested, “Determine that the thing can and shall be done, and then we shall find the way.” In a world of “sameness,” innovators rule. This is your opportunity to shine that much brighter, challenge the status quo, and impress.