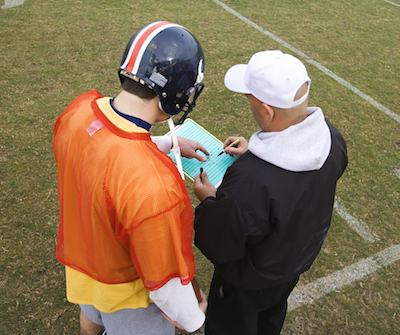 The qualities that make a good sales manager are something I’ve thought about a lot. Unfortunately, I haven’t seen them a lot.

In my opinion, it all comes down to coaching, which is something most sales managers aren’t particularly adept at -- especially if they were promoted to their position from a rep role. Reps-turned-managers likely got into management because of their ability to sell, not necessarily their ability to coach, and this negatively impacts the way they work with struggling reps.

Consider this scenario. A rep is having a tough time closing a deal, and turns to their manager for help. The rep-turned-manager then has two options: give the rep some guidance, and then let them try to fix the problem themselves (and possibly flounder), or take control of the situation because they already know precisely what to do and how to do it. In my experience, the manager usually opts for the second choice.

And that’s a problem. Not only did the rep not learn anything, but if this is the default way their manager handles issues, the rep will eventually become reliant on the assistance.

This tactic might close more deals in the short term, but what about the long term? Coaching, by definition, is helping to empower people and improve their performance over time. There’s no “easy” button to push for effective

That said, I’ve noticed four behaviors that the best sales managers demonstrate. Not surprisingly, each is firmly rooted in a coaching mindset.

1) Let reps do it themselves.

Hand holding is one thing, carrying is another. For reasons I outlined above, you should avoid solving reps’ problems for them as much as possible. It might be a short-term fix, but you’re stunting your reps’ potential in the long run.

And just like giving a kid a push on their bicycle and watching as they wobble down the street, be prepared for uneasy feelings for both parties at first. Recently, I was working with a rep on a problem he was having with a deal, and I could hear the voice in my head: “this would be a lot easier if I just did it myself.” But instead of wrestling control, I instructed the rep to work on the issue overnight, provided him with the tools he’d need to get started, and promised that we’d reconvene in the morning. He was definitely a little freaked out -- I’d describe the look in his eyes as “Please don’t go!” But I did, and we were both better for it in the end.

Reps crave direction, but they also have a million things competing for their attention. If you expect them to do something consistently, like update the CRM or produce a document in a specific template, you need to set the cadence and stick with it. If you say you’re going to pull the deal review in three weeks and you don’t do it, your CRM will be a ghost town in no time.

But keep in mind that not all habits are productive. The caveat with this tip is to always link processes with goals. Before defining a process, think: What’s the outcome I’m trying to drive? A pointless process is just as bad as none at all.

Sales is a number-driven profession, and it’s easy to react strongly when the month isn’t going your way. A rep tells you that a decision-maker at a certain company doesn’t like them -- well, why not? A member of your team has a few gaps in their opportunity plan -- and how did that happen? These knee-jerk, unpleasant responses are all too common from first line managers.

Nobody likes to get yelled at. So how do reps escape their flogging? By shuffling some data around or keeping an issue to themselves, so they can cover their tracks and dodge the flog -- temporarily. But all problems come to light eventually, and they’re often much more serious later on than if they had been dealt up front. Plus, in the meantime you (and your SVP) are working from inaccurate data.

Don’t let yourself be unconsciously incompetent. Encourage reps to come to you with problems and help them work through it as a coach, not a tyrant. If some are reluctant to wear their issues on their sleeve, ask open-ended questions until you get to the source of the trouble.

Salespeople naturally love goals, and being measured on them. But to give them the extra push to achieve, consider making it a game. For instance, whoever sells the most licenses or has the most leads by the end of the week wins a prize or a trip. “Gamifying” goals can drive behavior like few other motivational tactics can.

Coaching Benefits Both Manager and Rep

When sales managers act more like coaches, they’re also taking on increased responsibility for their reps’ performance. Today, reps bear almost the entire brunt of making or not making quota, and I don’t think that’s right. Good coaches should share in the wins and the losses, and when the fate of reps and managers are more closely tied, coaching becomes mutually beneficial.

What qualities do you think are essential for successful sales managers?

The Biggest Threat to Sales Teams in 2021 Isn't Losing Clients