What Are 'Warm Prospects' & Should You Pursue Them?

Cold outreach can be exhausting and excruciating — for everyone involved. The people on both sides of most cold calls aren't exactly thrilled to be taking part in them. 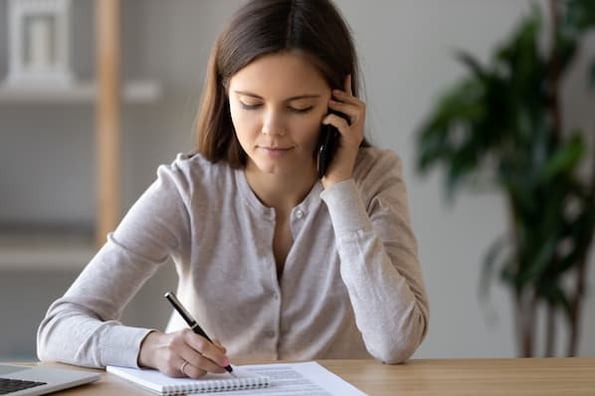 Receiving an unsolicited call from a company you've never heard of, pushing a product you probably don't need is obnoxious, and cold calling someone only to have them berate you — venting weeks of pent-up frustration after their favorite contestant on The Voice got voted off or something else that really shouldn't make them that angry but still does — is an actual recurring nightmare of mine.

Yeah, cold outreach is never ideal, but if you're only trying to reach cold prospects, your hand is kind of forced. In a perfect world, you'd only deal with qualified leads, but those aren't easy to come by. But the spectrum of prospect interest isn't exactly binary. There's a middle ground between cold and qualified prospects known as warm prospects.

Here, we'll get a more thorough explanation of that concept, an example to help you actively distinguish them from other kinds of leads and prospects, and some insight into whether you should pursue them.

What is a warm prospect?

A warm prospect is a prospect who's been receptive to your marketing or early sales outreach. Generally, they've demonstrated tacit interest in your offering by providing you with their contact information. They're not as interested in you as a qualified lead, but they're more likely to convert than a cold contact.

For the sake of example, let's imagine three prospects: Timmy, Tommy, and Tina. Timmy is a cold prospect, Tommy is a qualified lead, Tina is a warm prospect, and you're a sales representative for Inbound Dog Chow — a dog food wholesaler that supplies kennels, shelters, and pet stores.

A cold prospect is one that might fit one of your ideal buyer personas but has little-to-no awareness of your business. They're traditionally reached through avenues like cold calling, cold emailing, advertising, or networking.

Timmy, the cold prospect, has never heard of Inbound Dog Chow. He's a high-level administrator at an animal shelter, but he's done nothing to indicate he's interested in your company.

You got his contact information from an online source that scrapes LinkedIn profiles for people in the dog care industry. If you contact him, it will be totally unsolicited, unexpected, and likely won't pan out.

An MQL is one that has been characterized as a potential customer based on the web pages they have visited, what they've downloaded, and similar engagement with the business's content. An SQL is an MQL who your marketing department thoroughly has vetted, researched, and deemed ready to interact with your sales team.

Tommy is the owner and primary decision-maker of an independent pet store that has visited the Inbound Dog Chow pricing page several times over the past month. He's an avid reader of the company blog, and he's clearly demonstrated that he has the means and authority to make sizable wholesale dog food orders.

He started as an MQL and has since transitioned to being an SQL. If you reach out to him, he will likely be receptive, interested, and potentially willing to make a purchase.

A warm prospect lands somewhere between those two examples. They're aware of your company — and have demonstrated some degree of interest — but aren't necessarily invested or researched enough to be considered a qualified lead.

Tina, the warm prospect, recently started following Inbound Dog Chow Twitter. She helps operate a mid-sized kennel, but it's a bit ambiguous as to whether she's the one in charge of purchasing dog food for the outfit. She also downloaded an eBook about dog grooming off from a blog post in exchange for her contact information.

Clearly, she knows who you are, but generating a sale from her might not seem viable or worth your time — it's still up in the air. She has the awareness that Timmy doesn't but lacks the hard, quantifiable, data-driven urgency behind Tommy's sales potential.

Should you pursue warm prospects?

If you have a sizable base of them, reaching out to warm prospects is unequivocally easier and more sensible than conducting massive cold outreach efforts. They've demonstrated interest and awareness of your business, so they're inherently more likely to hear you out if you touch base with them.

See if you can garner more interest from them. A warm lead is one that has probably already given you their contact information. Do what you can to capitalize on that, and it doesn't have to be aggressive. Something as simple as passing along a relevant content offer through email can make them that much more invested in your company.

And through cultivating that interest, you can help guide them through your sales funnel — providing your marketing department with the insight and information necessary to see if they could become a qualified lead.

Warm prospects might not be sure things, but they're most likely worth your time. And pursuing them is certainly more productive, higher-converting, and less stressful for your sales team than combing through a seemingly endless list of cold contacts.

Not all leads are cold, and not all leads are qualified. And that's important to bear in mind when zeroing in on how you reach and interact with prospects. Warm prospects require a different touch than prospects with no previous knowledge of your business or leads that have been deemed particularly viable.

Depending on how you structure and conduct your sales and marketing efforts, you might have the potential to attract several warm prospects. If you manage to accrue a sizable base of that brand of potential customer, it's important to do something with it. Though there's obviously no guarantee they'll pan out, warm prospects are still worth some sort of followup and pursuit.