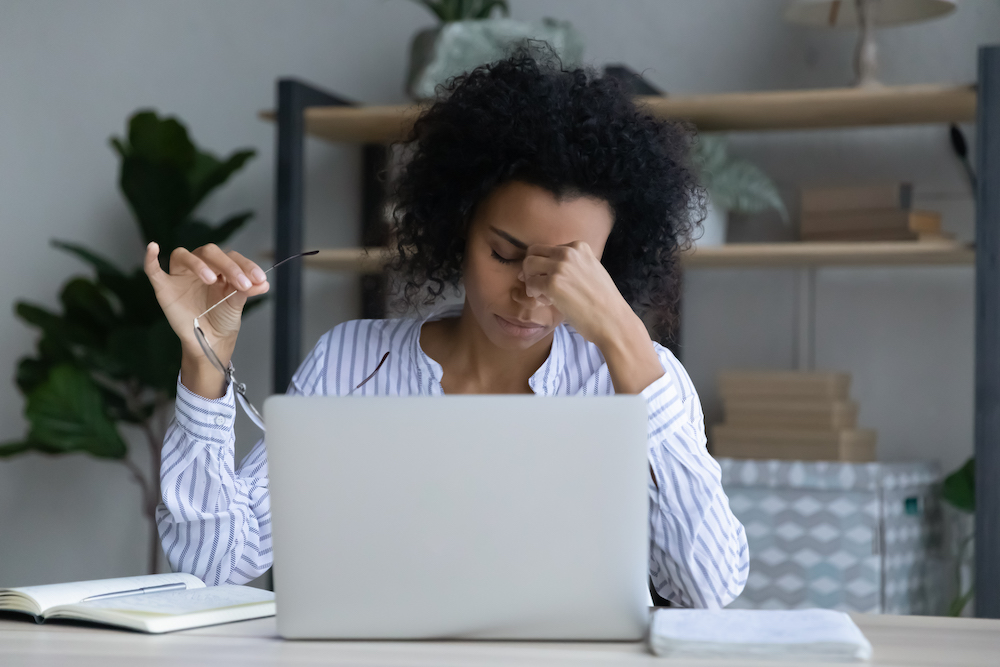 Even as a talented sales rep, you're bound to experience failure at one point or another.

Whether you were just shy of hitting your quota or you had a promising deal that didn't go through, not every attempt at a goal is going to result in a home run.

If you're experiencing one of those moments, all hope is not lost. Here are some inspirational quotes to help you get back on your feet after a setback.

Quotes About Learning From Failure

1. "The secret of life is to fall seven times and to get up eight times." — Paulo Coelho

2. "It is impossible to live without failing at something unless you live so cautiously that you might as well not have lived at all, in which case you have failed by default." ― J.K. Rowling 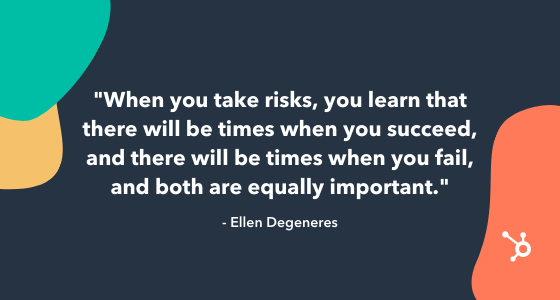 4. "Failure is another stepping stone to greatness." ― Oprah Winfrey

5. "I can accept failure. Everyone fails at something. But I can't accept not trying." ― Michael Jordan

6. "Failure is a part of the process. You just learn to pick yourself back up." ― Michelle Obama

7. "Our greatest glory is not in never failing, but in rising every time we fail." ― Confucius

8. "Children have a lesson adults should learn, to not be ashamed of failing, but to get up and try again. Most of us adults are so afraid, so cautious, so 'safe,' and therefore so shrinking and rigid and afraid that it is why so many humans fail. Most middle-aged adults have resigned themselves to failure." ― Malcolm X

9. "We need to accept that we won't always make the right decisions, that we'll screw up royally sometimes – understanding that failure is not the opposite of success, it's part of success." ― Arianna Huffington

11. "Many of life's failures are people who did not realize how close they were to success when they gave up." ― Thomas Edison

12. "It's only when you risk failure that you discover things. When you play it safe, you're not expressing the utmost of your human experience." ― Lupita Nyong'o 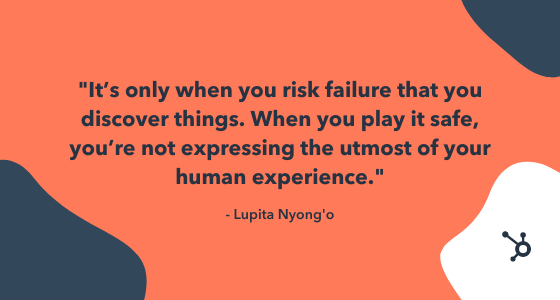 13. "It's fine to celebrate success but it is more important to heed the lessons of failure." ― Bill Gates

14. "Those who dare to fail miserably can achieve greatly." ― John F. Kennedy

15. "The greatest glory in living lies not in never falling, but in rising every time we fall." ― Ralph Waldo Emerson

16. "There is no innovation and creativity without failure. Period." ― Brene Brown

17. “There are no failures–just experiences and your reactions to them.” ― Tom Krause

18. “It's fine to celebrate success but it is more important to heed the lessons of failure.” ― Bill Gates

Quotes About Fear of Failure

19. "Don't fear failure — not failure, but low aim is the crime. In great attempts, it is glorious even to fail." ― Bruce Lee

20. "The one who falls and gets up is stronger than the one who never tried. Do not fear failure but rather fear not trying." ― Roy T. Bennett 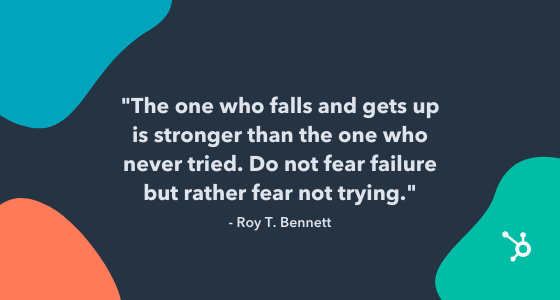 21. "Do not fear mistakes. You will know failure. Continue to reach out." ― Benjamin Franklin

22. "Only those who dare to fail greatly can ever achieve greatly." ― Robert F. Kennedy

23. "One who fears failure limits his activities." ― Henry Ford

24. "Let the fear of failure be the background noise of your success." ― Giovanni Dienstmann

25. "A fear of weakness only strengthens weakness." ― Criss Jami

26. "The greatest mistake you can make in life is to be continually fearing you will make one." ― Elbert Hubbard

28. "The difference between average people and achieving people is their perception of and response to failure." ― John C. Maxwell

31. "The master has failed more times than the beginner has tried." ― Stephen McCranie

32. "You may be disappointed if you fail, but you are doomed if you don't try." ― Beverly Sills

33. "Fear kills more dreams than failure ever will." ― Suzy Kassem

34. “Failure is delay, not defeat. It is a temporary detour, not a dead end.” ― Denis Waitley

35. "You have to be able to accept failure to get better." ― Lebron James

37. “Failure after long perseverance is much grander than never to have a striving good enough to be called a failure.” ― George Eliot

38. "You may encounter many defeats, but you must not be defeated. In fact, it may be necessary to encounter the defeats, so you can know who you are, what you can rise from, how you can still come out of it." ― Maya Angelou

39. "Success is most often achieved by those who don't know that failure is inevitable." ― Coco Chanel

40. "We're born with success. It is only others who point out our failures, and what they attribute to us as failure." ― Whoopi Goldberg

41. "Develop success from failures. Discouragement and failure are two of the surest stepping stones to success." ― Dale Carnegie

42. "Do not judge me by my successes; judge me by how many times I fell down and got back up again." ― Nelson Mandela

44. "I've missed more than 9000 shots in my career. I've lost almost 300 games. 26 times, I've been trusted to take the game-winning shot and missed. I've failed over and over and over again in my life. And that is why I succeed." ― Michael Jordan

46. "Every failure brings with it the seed of an equivalent success." ― Napoleon Hill

Quotes About Learning From Mistakes

47. "Failure happens all the time. It happens every day in practice. What makes you better is how you react to it." ― Mia Hamm

48. "Failure is only the opportunity more intelligently to begin again." ― Henry Ford

49. "Courage allows the successful woman to fail and learn powerful lessons from the failure. So that in the end, she didn't fail at all." ― Maya Angelou 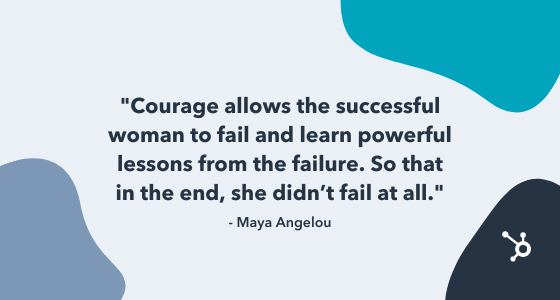 52. "It is the true nature of mankind to learn from mistakes, not from example." ― Fred Hoyle

54. "A man must be big enough to admit his mistakes, smart enough to profit from them, and strong enough to correct them." ― John C. Maxwell

55. “A man of genius makes no mistakes. His errors are volitional and are the portals of discovery.” ―James Joyce

Take Wisdom from Those Who Have Succeeded — and Failed

When working in sales, success is not guaranteed with every client, and everyone could use a little inspiration when they fail. What matters is that you don't let it stop you from reaching your goals. Now, let's get up and get back to it.