Leverage Ratio: What It Means and How to Calculate It 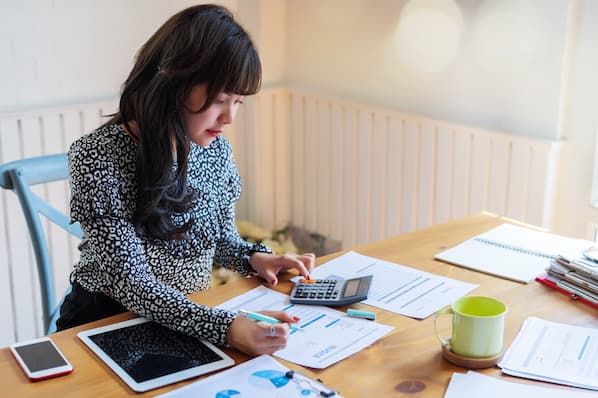 Securing funding is a tall order for any business. Friends, family, venture capital firms, and banks all have their share of standards, expectations, and skepticism when it comes to doling out money. If you're in the thick of that process, you need to have a grasp on some key metrics and sticking points — one of them being something known as your leverage ratio.

Here, we'll explore the concept a bit further, review some of the ratios that fall under the broader "leverage ratio" umbrella, see what a solid one looks like, and take a look at some examples. Let's jump in.

The term 'leverage ratio' refers to a set of ratios that highlight a business's financial leverage in terms of its assets, liabilities, and equity. They show how much of an organization's capital comes from debt — a solid indication of whether a business can make good on its financial obligations.

A higher financial leverage ratio indicates that a company is using debt to finance its assets and operations — often a telltale sign of a business that could be a risky bet for potential investors.

It can mean that earnings will be inconsistent, it could be a while before shareholders can see a meaningful return on their investment, or the business could soon be insolvent.

Creditors also rely on these metrics to determine whether they should extend credit to businesses. If a company's financial leverage ratio is excessive, it means they're allocating most of its cash flow to paying off debts and is more prone to defaulting on loans.

What is a good financial leverage ratio?

An ideal financial leverage ratio varies by the type of ratio you're referencing. With some ratios — like the interest coverage ratio — higher figures are actually better. But for the most part, lower ratios tend to reflect higher-performing businesses.

For instance, with the debt-to-equity ratio — arguably the most prominent financial leverage equation — you want your ratio to be below 1.0. A ratio of 0.1 indicates that a business has virtually no debt relative to equity and a ratio of 1.0 means a company's debt and equity are equal. In most cases, a particularly sound one will fall between 0.1 and 0.5.

A ratio of 0.5 — an indication that a business has twice as many assets as it has liabilities — is considered to be on the higher boundary of desirable and relatively common. That said, what can be considered a "common" figure varies from case to case, according to factors like a company's scale, maturity, and industry.

A typical startup often has to incur significant debts to get off the ground and allocate a significant portion of its cash flow to settle them — making for higher financial leverage ratios. Businesses with higher production costs also tend to run higher debt-to-equity ratios than most others.

For example, businesses in capital-intensive industries — like oil and gas or telecommunications — often have to sink significant financial resources into infrastructure and maintenance, making for large investments that can inflate debt-to-equity figures.

How to Calculate Leverage Ratio

There are a few different types of leverage ratios that fall under the "financial leverage ratio" umbrella. Here's how to calculate three of them, using data found on your balance sheet or general ledger:

Operating leverage ratio measures the ratio of a business' contribution margin to its net operating income. It evaluates how much a business' income changes relative to changes in sales. It's calculated using the following formula: 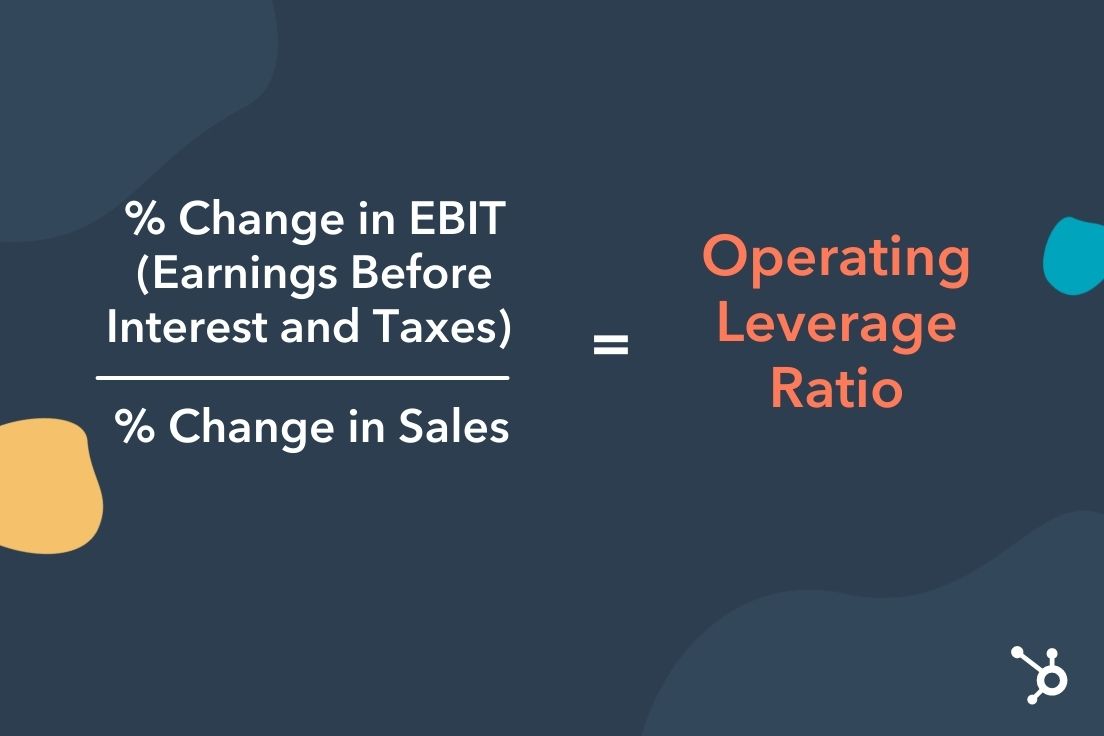 Net leverage ratio, or net debt to EBITDA (earnings before interest, taxes, depreciation, and amortization) measures the ratio of a business' debt to earnings. It reflects how long it would take a business to pay back its debt if debt and EBITDA were constant. It's calculated using the following formula: 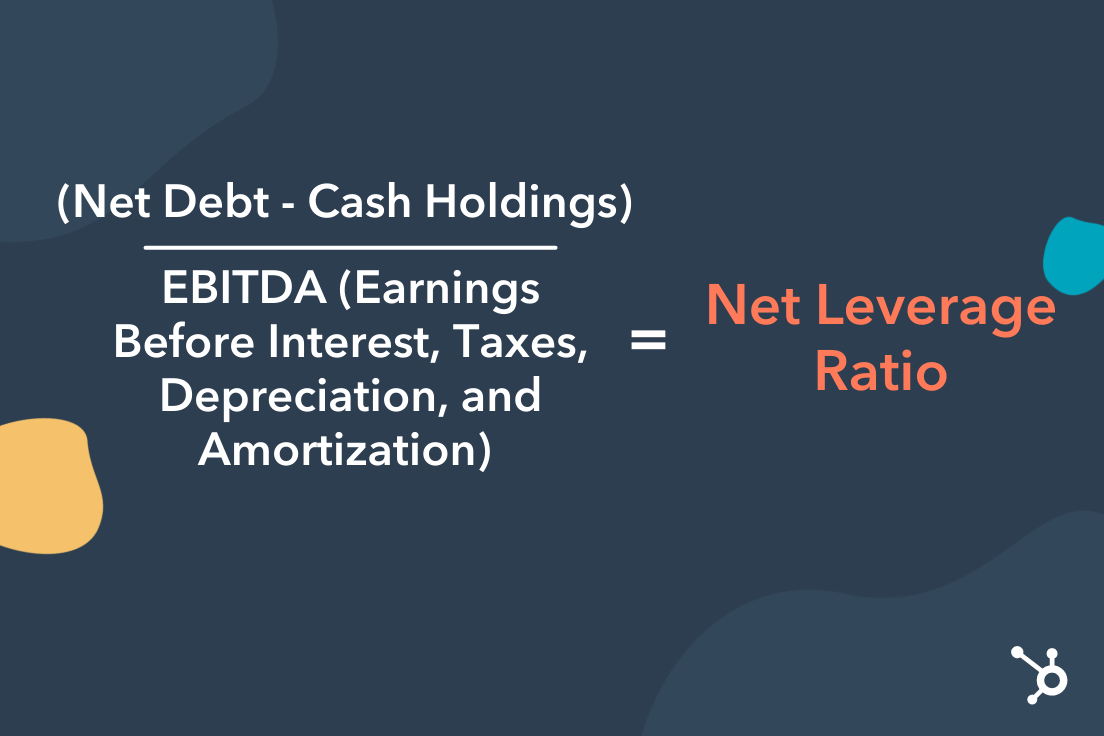 Debt-to-equity ratio measures the ratio of a business' total liabilities to its stockholders' equity. It offers an at-a-glance look at the value of a business relative to its debts. It's calculated using the following formula: 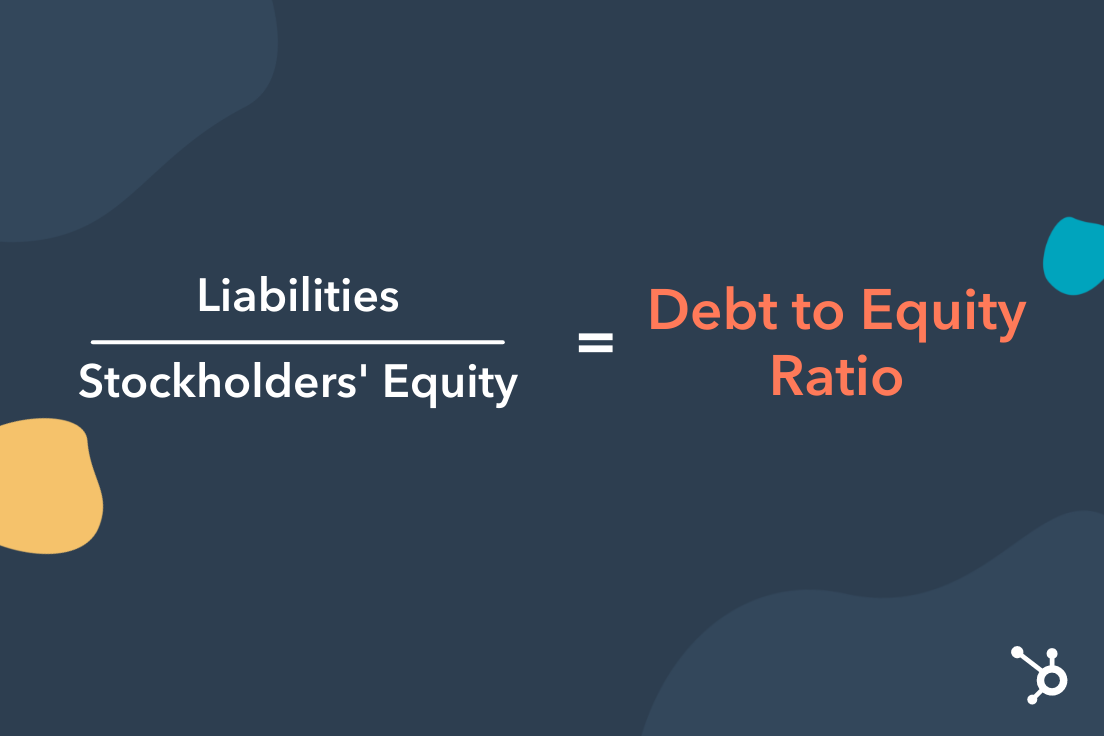 Here are some examples of what financial leverage ratios can look like in practice. 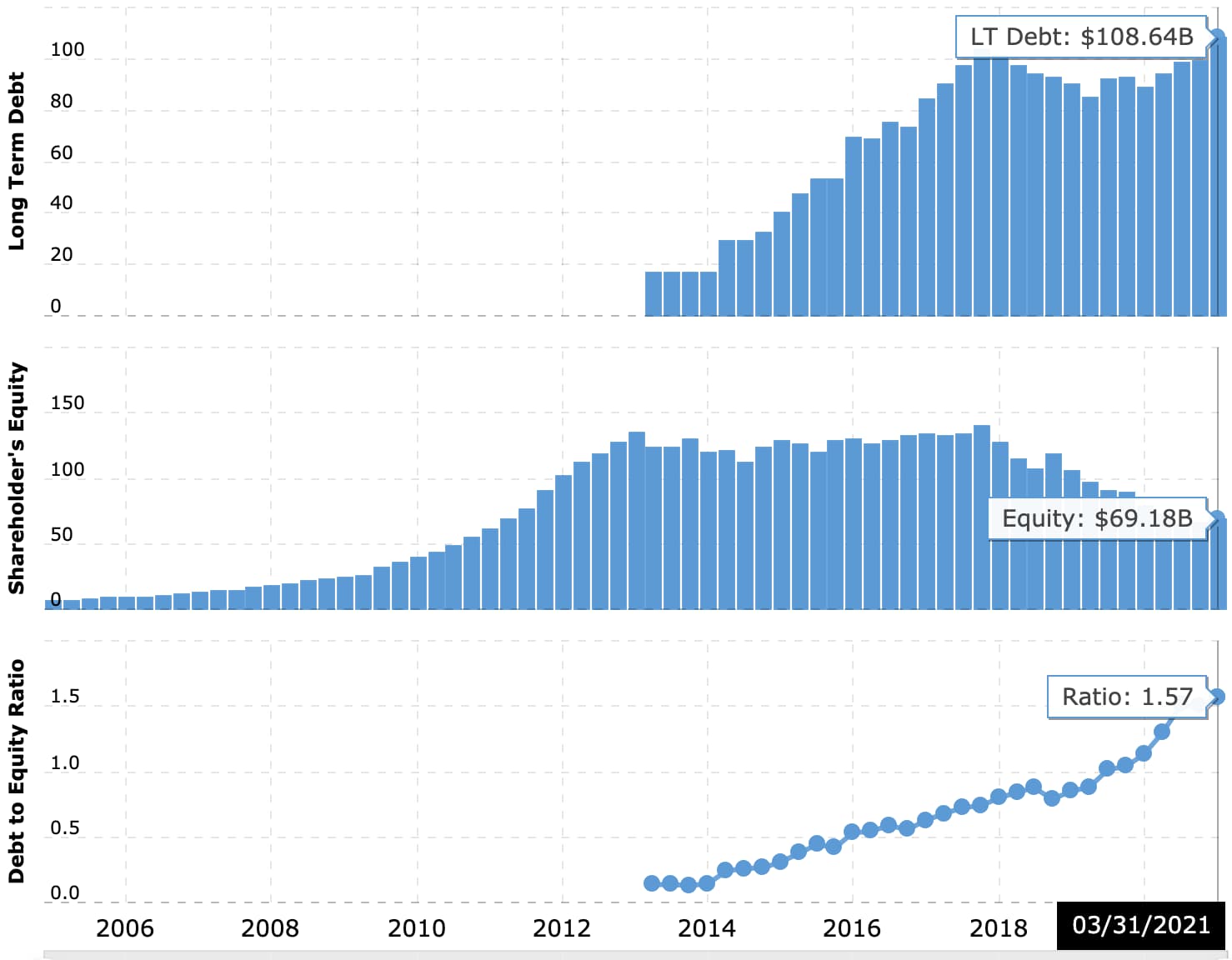 Though Apple's current debt-to-equity ratio is above 1.0, by no means is it unmanageable or alarming. Plus, it's Apple — shareholders probably aren't too worried about the company's liabilities getting out of control. 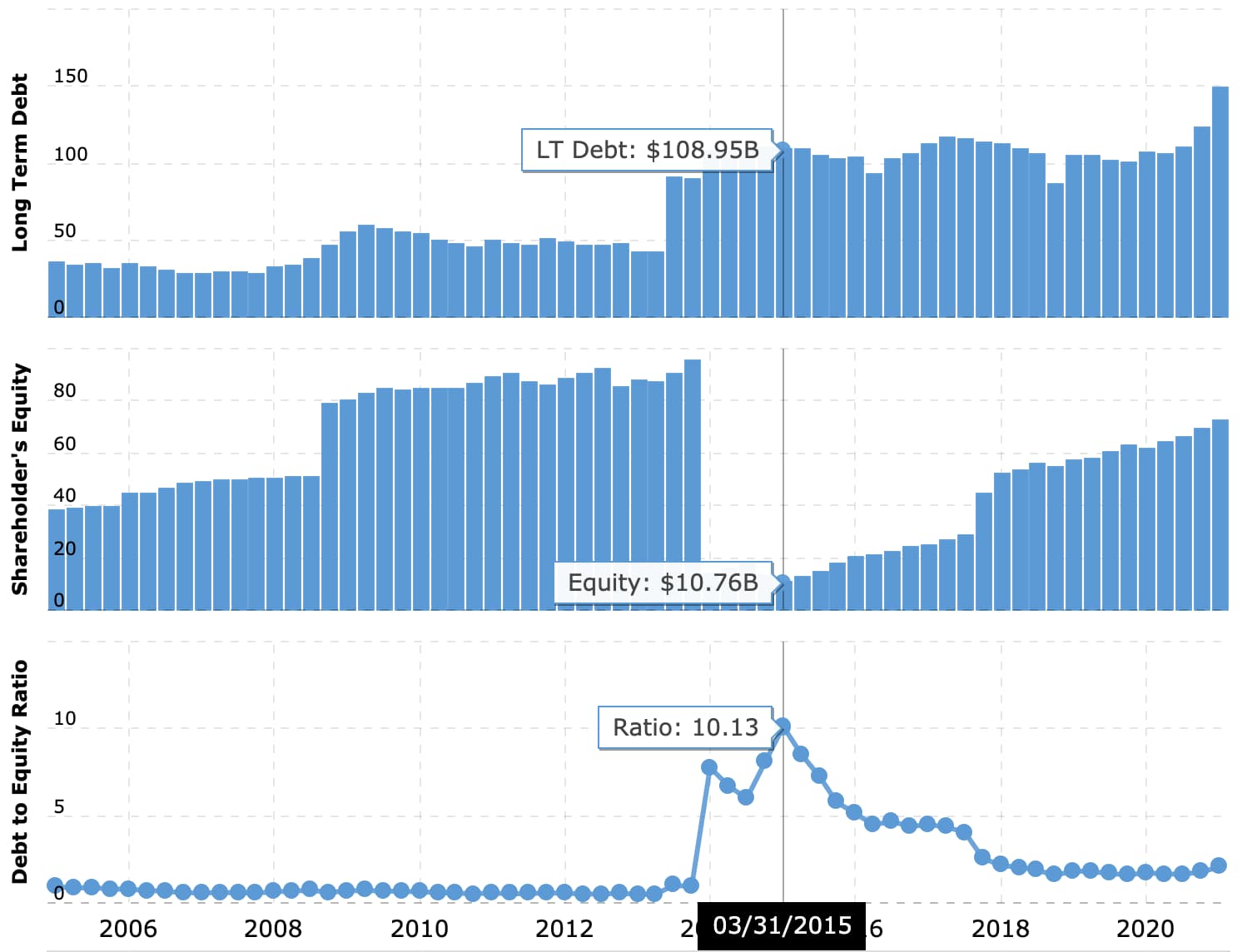 In 2015, Verizon made some sizable investments — including allocating $28 billion for spectrum licenses and capital for future network capacity — that took a significant initial toll on stockholders' equity while adding to its debt, leading to an inflated debt-to-equity ratio. However, once those investments started paying off, Verizon's financial leverage ratio leveled out and returned to a lower, more reassuring figure.

If you're looking to secure funding or just want a better understanding of how your business might fare going forward, it's important you have a grasp on your leverage ratios. These figures can be very telling into your company's health, potential, and ability to deliver on its financial obligations.

Editor's note: This post was originally published in November, 2018 and has been updated for comprehensiveness.

Financial Forecasting: A Look at Its Methods, Models, & Best Software