What is Scope Creep & How to Navigate It

Any project manager can vouch — almost any project can get away from you if you don't stay on top of it. Shifting client demands, needing to add additional features and functions, and a range of other unforeseen hitches can complicate and prolong what might have started as a seemingly straightforward project. 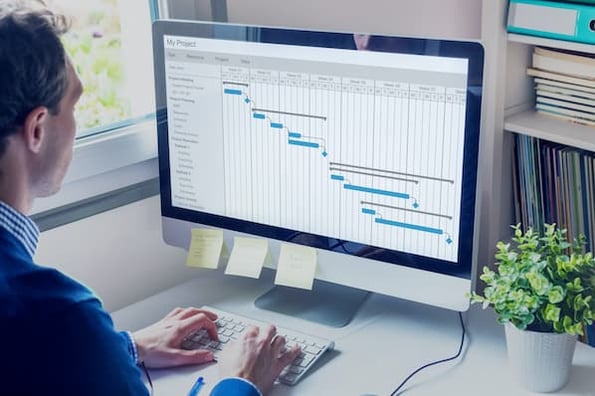 In many cases, the sum of those "unforeseen complications" amounts to something known as scope creep. Here we'll explore that concept a bit further, identify some reasons it might arise, review some ways you can prevent it, and take a look at a real-world example.

What is scope creep?

Scope creep is a phenomenon in project management where a project's scope grows — either continuously or at random — as the project progresses. It typically occurs when a project's scope isn't well-defined, accounted for, or documented. Though it's not always detrimental, it tends to be harmful and should be avoided.

Before you can have a firm grasp on scope creep as a concept, you need to understand what scope is in the first place. In project management, there are two primary kinds of scope — product and project.

In this context, projects are carried out for clients who have specific plans and demands for product features and functions. They have an ideal result that they're trusting a firm and its stakeholders to achieve.

Scope creep occurs when those stakeholders wind up adding additional functions, features, requirements, or other unauthorized work as a project progresses. It often leads to problems like inefficiency, incomplete projects, running over budget, unnecessary time drain, and products that don't reflect plans or clients' requests.

1. Lack of a Well-Defined Scope

Structure and clarity are central to effective project management — and that trend is particularly pertinent when it comes to avoiding scope creep. If a project's scope isn't clearly established, then it falls on the stakeholders involved to make guesses and assumptions about the how, why, and what of a project.

Projects start with high-level ideas that need to be thoroughly distilled and put into actionable project guidance. If your project's scope is defined solely in business terms — with vague references to requested features and functions — you're leaving too much open to interpretation. That often translates to haphazard project management and, in turn, scope creep.

Scope creep is often the byproduct of "having too many cooks in the kitchen." If you have several stakeholders with some degree of decision-making authority working on a project together, disagreements are more or less bound to arise.

Stakeholders all bring unique perspectives to a project, which isn't necessarily a bad thing. That being said, those perspectives often make for different priorities and opinions that don't always mesh.

This kind of tension can muddy your project strategy — altering your timeline, undermining your team's sense of direction, and leaving you prone to scope creep as a result.

This particular dilemma generally falls on clients more than it does on stakeholders. The longer your project runs, the more time your clients have to alter or add to your project's scope.

Maybe, they see features their competition has implemented that they hadn't thought of incorporating. Maybe, they decide their initial plans weren't sophisticated enough. Maybe, there's a change in leadership at the business that decides it wants to do things differently.

Regardless of how expectations change or who changes them, the fact remains — the larger the window you open to complete a project, the more time you have for scope creep to occur.

It's no secret that a lack of firm, well-informed, thoughtful guidance can derail any project — leaving it susceptible to scope creep. This is particularly true when it comes to leadership's interactions with clients.

If you, as a project leader, aren't assertive enough, you're prone to be batted around by your clientele. They might make radical demands or try to adjust the project's scope on a dime.

If they think you lack the gall or experience to take charge, they could feel like they have the room to intervene — and your project's scope might get away from you as a result.

5. Not Involving Clients Enough Early On

How to Prevent Scope Creep

Clarity is central to avoiding scope creep. Everyone involved in a project needs a firm understanding of what's expected of them. That starts with touching base with clients and stakeholders to get a firm picture of what everyone wants and documenting all the requirements that stem from those conversations.

Once you have those requests and ideas accounted for, you can prioritize them and relay them to your team. Now, you have a solid, consistent picture of the what of your project — allowing you to more accurately shape the how. That insight will ultimately keep things on track and help minimize the risk of scope creep hindering or derailing your project.

Maintain thorough communication throughout the process.

This point is in a similar vein to the one above. It rests on the fact that clarity is key when trying to avoid scope creep. Everyone — from clients to managers to the team working on the project — needs to be on the same page. Even a clearly defined scope can get away from you if you don't relay its nature to all parties involved in the project.

You also need to keep tabs on your team's progress if you want to prevent scope creep. Consistently ask them how their side of things is coming along, and make sure they're staying on track.

If they're struggling, get them the help and guidance they need to keep things rolling. If you have a solid pulse on how the project is progressing, you can get ahead of potential scope creep — all of that starts with open and constant communication.

Chrysler was on top of most aspects of the development and release of the PT Cruiser in 2001. Project elements like design and production were sound. But the brand failed to account for a key component of its project's scope — dealer showroom delivery times.

That oversight left it vulnerable to sudden and rapid scope creep as it approached the project's finish line. Executives and production plant leads scrambled and struggled to agree upon delivery times that worked for both the company and individual dealers — making for a botched release and several frustrated dealership owners.

Scope creep can be an absolute nightmare for project managers — and even the best ones aren't immune to facing it. Still, if you plan thoroughly, remain vigilant, and maintain open lines of communication throughout the process, you should be in a good position to minimize or eliminate the risk of dealing with it.

Plan your business's growth strategy with this free template.