Negotiations come in various shapes, sizes, and scales. The term can cover everything from haggling at a flea market to hashing out a fair price for a new car to finding common ground for billion-dollar deals. 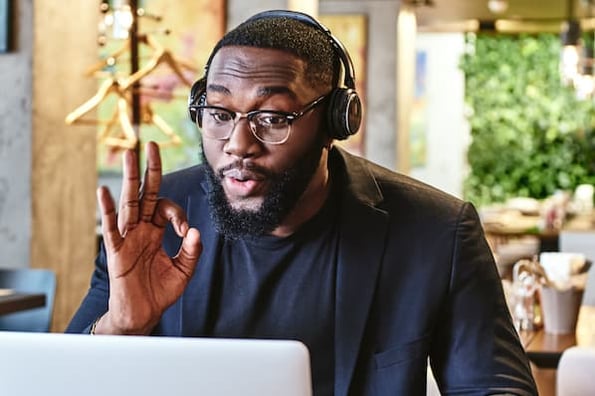 The process is a pillar of all things business, and sales efforts are no exception. Virtually any sale can involve some kind of negotiation, so naturally, as a salesperson, it's in your best interest to understand how to be a shrewd negotiator.

Here are some fundamental strategies you can employ to make sure you're in the best position to negotiate as effectively as possible.

Strategies for Being a Shrewd Negotiator

Do your homework — that means preparation on a lot of fronts. Do everything you can to help yourself anticipate how your prospect is going to negotiate. Who are they? What's their personal negotiating history? See if you can reach out to other salespeople who have negotiated with them previously. Try to determine the strategies they'll employ and the inclinations they'll display.

Examine the negotiation from as many perspectives as possible. Based on your understanding of factors like the prospect's company, industry, and position, see if you can predict the angles they might approach the negotiation with. But if you want to be able to gauge their possible approaches based on those factors, you have to take the time to research them thoroughly.

2. Have an idea of both your and your prospect's BATNA.

BATNA stands for "Best Alternative To a Negotiated Agreement." It's each party's most attractive, beneficial option to fall back on should talks fall through and an agreement not be reached.

Your BATNA allows you to understand your stake in the negotiation as a whole, partially dictates your negotiating power, and establishes your reservation point — the worst price you're willing to agree to.

Having some perspective on both your and your prospect's respective BATNAs establishes your mutual "Zone of Potential Agreement" or ZOPA.

For example, say there are two friends — Tina and Timmy. Tina is in the market for a new bike. Timmy offers to sell his old one to her for $600, but before she purchases, she does some research online to see if she can get a better deal. She sees a similar bike online for $550. That becomes her BATNA — the most she's willing to pay.

Timmy posts an ad for his bike on Craigslist and receives an offer of $500 from a potential buyer. That figure becomes his BATNA — he won't sell for less than that.

When the two enter the ultimate negotiation, they'll understand the absolute minimum they're willing to take from it. In all likelihood, they'll agree on a figure between $500 and $550.

Always approach your negotiations with a firm understanding of your own BATNA and some estimate of your prospect's. If you know when to jump ship, where the other party is coming from, and a price range that's reasonable for everyone involved, you'll have a better concept of your negotiating power and how to wield it.

3. Negotiate based on interests — not positions.

This point is a mantra that applies to any kind of negotiation, including sales. A negotiation isn't supposed to be a competition that pits two parties at odds with one another. It's not an inherently confrontational process. The object of a negotiation is to arrive at a point that everyone involved is satisfied with.

To get there, you can't negotiate based strictly on the prices the other party is after or the hard, quantifiable positions they hold. You need to understand the underlying interests they have that are leading to those preferred prices and positions.

What are their needs, wants, and motivations? If you can identify why their preferred price is what it is, you can negotiate based on their actual interests as opposed to just splitting the difference or making rash concessions based strictly on price.

Once you've presented the initial terms of the deal, and your prospect is ready to negotiate, let them start the conversation. See where they're coming from before you offer your perspective. It can be tempting to get jumpy and preemptively accommodate their needs or conditions, but you have to hold back.

There's no telling what they might say, so go ahead and let them say it. If you speak first and immediately offer concessions, you could undercut the potential to arrive at a more favorable agreement.

5. Aim to negotiate with decision-makers.

Say you're selling a service, and your price lowers from $150k to $125k in your initial meeting with a company, but you find out the quote you've offered was to a representative with no decision-making authority.

Once you negotiate with a legitimate decision-maker, you've already conceded a significant discount and have less negotiating power as a result.

6. Don't show your cards if you don't absolutely need to.

A lot of non-shrewd negotiators are willing to quickly and hastily make concessions before they need to — ones they weren't even asked for. Don't lead with something like, "Our price is $X, but there's a good chance I can go lower for you." You can't be that transparent and expect to get the best deal you possibly could.

Also, don't accidentally shed light on information beyond the immediate negotiation. Say you're a rep for a cybersecurity consulting firm, negotiating with a company about performing a payment card security audit.

If at some point in the negotiation you mention how you offered a similar company a free penetration test as a package with the service you're negotiating over, your prospect will naturally be inclined to ask for that as part of their negotiation efforts as well.

Being a shrewd negotiator isn't always a self-explanatory process, and negotiations provide a lot of room for things to go wrong. The keys to ensuring your negotiations go as smoothly as possible often boil down to three main factors: poise, patience, and preparation.

If you remain composed, let the negotiation proceed without hastily making judgments or concessions, and do your homework, you'll be in a great position to nail any negotiation you take part in.

Templates, best practices, and strategies for salespeople and managers.