LinkedIn has become an amazing sales tool -- so much so that InsideSales.com declared, "Cold Calling is Dead, Thanks to LinkedIn." Unfortunately, salespeople have also moved many of their bad habits onto the platform. And I'm not just talking about sending spammy InMails. Salespeople are abusing LinkedIn in many other ways. 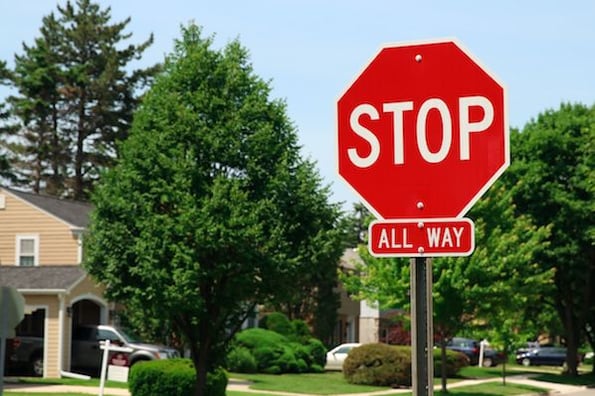 I'm not the only one noticing this problem. I asked a few buyers and sellers what LinkedIn-enabled sales approaches they hate most. Here are four of their responses.

"Too many salespeople use the default connection request message,” Greg Linnemanstons, president of Weidert Group, a 25- person B2B inbound marketing agency, says, “They don't bother to customize their note with their reason for requesting a connection.”

Instead, "make yourself visible and relevant in a believable way,” Linnemanstons suggests. “For example, subscribe to your prospect's blog and comment on a post if you can add to the conversation."

Of course, not every company blogs or monitors their blog comments very closely. So if your prospective customer doesn't have a blog, comment or like a post that your prospect has shared on linkedin. If they haven't shared anything, read what they've liked and engage them with context from that article by saying, "What did you like about that article?" If they are completely inactive on LinkedIn, it's probably a sign that they don't use it that often.

"When salespeople make this small amount of extra effort, and then reference our shared behavior as common ground, I'm far more likely to accept their connection request," Linnemanstons added.

This type of pitch happens “when a salesperson with a mutual connection or two requests to connect with you, then proceeds to send a very self-serving, promotional InMail within hours of accepting the connection request. It's tempting to ignore these salespeople, but their connection with your trusted colleague implies they're worth knowing."

I recently realized I had 4,000 unaccepted LinkedIn requests. Since I had zero interest in individually reviewing every request that has piled up over the years, I accepted a few hundred of them.

Within hours, I began receiving many "quickie sales pitch" InMails from salespeople. The messages were all about them, their amazing business, and why I should stop what I'm doing and schedule a call with them. The barrage of spam certainly discouraged me from accepting more connections. I imagine I'm not the only one that doesn't accept connection requests for fear of being spammed. And that’s ultimately bad for salespeople -- how long before buyers stop accepting new connections altogether?

Of course, it doesn't make sense to stop connecting with prospects. As Richardson admits, "It is fine to connect to prospects you don't know through someone else on LinkedIn. I even do it occasionally." But instead of spamming them right away, Richardson suggests waiting one or two weeks to familiarize yourself with your connection’s LinkedIn activity.

That way, you can "make sure you have something that will be truly relevant and valuable to them. In other words, target your connection and introduction requests to people you know you can definitely help."

"When crafting your note, make it about them, not you,” she said. “Comment on something they did or share some industry news and why you think it'd be relevant to them. If you're going to talk about yourself, do it in terms that will resonate by talking about how you've helped companies similar to them."

Also, if you actually know someone that knows your prospect, consider requesting a connection through LinkedIn from a trusted mutual contact using LinkedIn's introduction request feature. These types of introduction requests are a lot less likely to be ignored. Why? If a mutual contact passes along your note, it implies you are worth talking to, especially if they add an endorsement.

This spammy sales tactic is a personal pet peeve of Krista Moon, a sales veteran turned sales and marketing consultant.

This behavior has destroyed many formerly active forums. I previously managed a forum for marketing agencies until it was overrun with threads from salespeople more interested in promoting themselves than engaging in a dialog. Managing memberships and moderating became too time-consuming, so we declared bankruptcy on the group entirely.

Krista offers a very simple alternative approach in her article, 3 Questions to Ask Yourself Before Posting in LinkedIn Groups.

"Be a helpful resource that your potential customers can rely on and trust,” she writes. “Focus on adding value with each interaction vs. pitching your products. Whatever you do, don't be sleazy enough to hijack a thread like this salesperson did."

Of course, most salespeople are smart enough not to connect with their competitors. So, in very competitive industries, salespeople resort to creating fake accounts.

"That’s right -- some sellers will actually go so far as to create fake LinkedIn profiles that look like people their competitors want to connect with,” Rowley writes. “And once they trick them into accepting the phony account’s request, they go to town digging through their network. "

I imagine these same salespeople won't think twice about sending un-customized connection requests and "Quickie InMail Sales Pitches" once they do connect with their competitor's customers. These deceitful thieves are the salespeople we really need to stop.

We've all been guilty of this at one point or another. HubSpot Sales Director Dan Tyre says, "While this might not be a tactic of old, it's a modern tactic that's already tired. Just because you have a distant, third-degree connection doesn't mean they're a qualified prospect."

Instead, Tyre recommends joining pertinent groups on LinkedIn and commenting on or sharing relevant articles your prospects post. He also recommends reaching out only once you've made a meaningful connection (i.e., When they've commented to thank you for sharing their blog.).

Lastly, Tyre warns salespeople to "always reply in kind." If a prospect "likes" an article you shared, don't immediately send them an InMail asking for their number. Instead, thank them for the like or extend the same courtesy to them the next time they share an article.

"This might not be the fastest way to move leads along," Tyre says, "But it will be far more successful than pushing a relationship before the other party is ready."

LinkedIn Is a Treasure, Let's Treat it Like One

Most salespeople agree that LinkedIn and especially LinkedIn Sales Navigator is probably the best sales prospecting tool ever created. The value, of course, is that it provides efficient ways to identify, connect, and engage LinkedIn members. It is a treasure trove of prospective customers as well full of insights about those prospective customers. It is a dream come true for new business sales professionals.

But if salespeople don't stop employing the shortcut sales tactics above, we risk killing our prospecting gold mine. Not only will buyers rely less on LinkedIn, LinkedIn will be forced to constrain our activity (even further) in order to protect their golden goose: active engaged members.

Even paid LinkedIn Sales Navigator customers can only send a certain amount of InMails per month. Why do you think that is? Because with no limits, salespeople would abuse the system. Imagine if LinkedIn had to clamp down even further because prospects got fed up enough to leave the site.

Let's cut out this spammy sh*t before it's too late.