A Sampling of Top Tweets From #INBOUND14 (So Far) 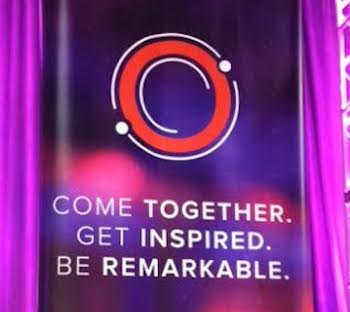 We're in the thick of #INBOUND14. Simon Sinek and Malcolm Gladwell have graced the keynote stage. Brian Halligan and Dharmesh Shah announced Sidekick, HubSpot's brand new sales acceleration tool, and a free (yes, free) CRM. Attendees have gorged on food trucks galore, and been surprised with an unannounced OK Go performance. It's been called marketers' and salespeople's Christmas, and with good reason. (And Janelle Monae hasn't even performed yet.)

In case you weren't able to attend this year, or you're struggling to keep up with the sheer volume of posts coming through on the #INBOUND14 stream (over 26,000 and counting!), we've rounded up some of the best tweets for you.

"People who bring transformative change have courage, know how to reframe the problem, and have sense of urgency" - @Gladwell #INBOUND14

Yup... @OKGo opens #INBOUND14 this morning, treadmills and all! pic.twitter.com/thhlWQVzWd

wowow - the HubSpot CRM has a built-in phone #inbound14

Convinced that @hubspot will rule the world after seeing what @dharmesh & @bhalligan have built. #inbound14

All you need to know about the new @hubspot sales tools (including the CRM) is here: http://t.co/y07orlTBXb #INBOUND14

"Leadership is not a rank; it's a responsibility." @simonsinek at #INBOUND14

If you run a corporation you're responsible for your PEOPLE before the numbers. @simonsinek #INBOUND14

Epic selfie with @dansally and 10,000 of our best friends at #INBOUND14 pic.twitter.com/hc4XZ2U8f9

Keep the questions, comments, selfies, exclamations, and all other feedback coming to us by using the hashtag #INBOUND14.

How to Turn Canceled B2B Events Into Sales Opportunities

9 Virtual Sales Conferences You Should Attend in 2020