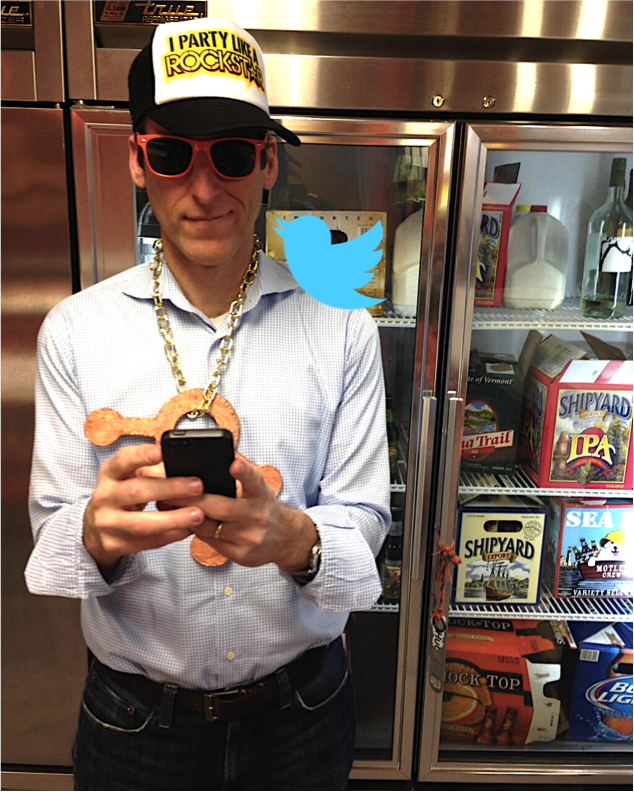 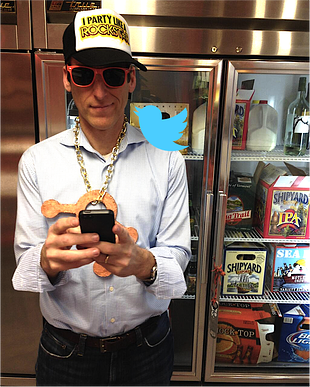 This post originally appeared on the Marketing section of the Inbound Hub. To read more content like this, subscribe to the Sales section.
Getting salespeople to use social media can be a daunting task, which is why it may come as a shock to some that I actually paid almost $1K of my own, personal money to run my company's Twitter handle for the day.

That's right, I not only volunteered to run social for @HubSpot, I used my own wallet to make it happen. The money is all being donated to my favorite charity, Read to a Child, as a part of HubSpot's annual charity auction.

Now, I did have my own motivations for taking over Twitter for the day, such as:

When I took over @HubSpot on Monday, I didn’t really know what to expect, other than followers might get my handle @pjharrell confused with famous musician and shorts-wearer Pharrell Williams (@pharrell).

Which is exactly what happened, so I just went with it. And in the spirit of continuing to play on the Pharrell theme, I thought I’d use the words from his latest hit song “Happy” to help me explain what I learned from the experience of running @HubSpot as a VP of Corporate.

Overall, I didn’t get any guidelines from HubSpot about how to run @HubSpot, other than to use good judgment. And running @HubSpot for a day gave me the sense that I had a ton of power, and I must admit at first I was a bit nervous about putting my foot in my mouth in front of 373K followers. But as I started to reply to tweets, I realized that interacting on Twitter was really similar to having the types of conversations that I have every day in the offline world -- just with 373K people listening.

It became apparent to me that people wanted to connect, interact, and banter -- and Twitter is a broad platform to facilitate these types of engagements.

What This Means For Sales: There is no set script or template for how you interact with prospects on social. There is no sales training for this. Just be natural, be personal, and nothing detrimental will happen.

"Here Comes Bad News Talking This and That”

You have to be really organized to use Twitter effectively for a large campaign. You want to keep up with replying to tweets and thank folks for their RTs and favorites, but doing that alongside posting content and having conversations, it gets difficult to keep up with. So scheduling key pieces of content beforehand is definitely critical.

HubSpot’s Social Inbox tool made that a lot easier for me -- and it was crazy easy to use. I spaced out my tweets in advance at about 1-hour intervals. And it was really easy to monitor the responses to my tweets, and then respond -- which is particularly important if any service-related tweets come through.

To me, interacting with our followers on Twitter felt very similar to interacting via email, and my thinking is that over time, this type of social interaction will overtake email as the primary communication tool.

What This Means For Sales: Posting content on Twitter doesn't mean live tweeting your daily routine. You can use various technologies to schedule content out over time and then log-in for no more than 20 minutes a day to monitor and engage with prospects.

I learned that you don’t always get a lot clicks relative to # of followers you have. So it's not about the size of the following -- but the level of engagement that you have with your audience.

By tagging my content as “Enterprise” in my tweets, I signaled to many of HubSpot’s SMB followers that the content was not for them, so many of the people that I engaged were types of targeted Enterprises that I was trying to reach with our message. But that didn't mean others weren't interested in the content, too, and there was still engagement with other audiences along the way.

The time of day for your message is important to consider, as well. A couple of posts targeted for CEOs did extremely well at 9 and 10 p.m., since many CEOs are swamped on Monday morning with meetings and email catch-up, and only get a chance to breathe and read later in the evening once their day is done.

The bottom line is that if you produce quality content, your followers will share your story, which is so powerful. I was struck by how willing @HubSpot followers were to share our content with their followers and to favorite stuff they liked.

What This Means For Sales: Although @HubSpot has a massive following, it was still the evangelists who engaged and conversed most. These evangelists are the equivalents of prospects on Twitter for salespeople. As a rep, focus on who is following you, not how many people are. The conversations you have with prospects and leads are the ones that matter most.

“Sunshine She’s Here, You Can Take a Break”

I thoroughly enjoyed running @HubSpot. It was fun to engage and banter with followers, and to feel like I was increasing awareness of HubSpot’s enterprise software solutions. We actually have over 1,000 enterprise customers, but before Monday, it was HubSpot’s best kept secret. With the help of @HubSpot, we let the cat out of the bag -- and I got to tell you I’m very “Happy” about it.

What This Means For Sales: Give Twitter a try, and I think you'll end up happier as a result, too. Turns out you can actually just use your own Twitter handle without spending any money, too ...