The Business Definition of a Founder

In many young organizations, the company founder or a co-founder serves as the CEO. However, just because the roles are commonly held by the same individual does not mean they are interchangeable. 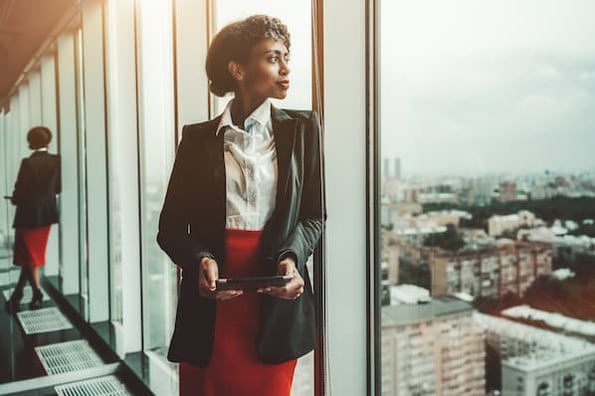 It also doesn’t mean this setup is ideal for all businesses.

During the early stages, many companies operate in an “all hands on deck” manner, meaning the team members on board handle all aspects of the business, including leadership. Before we examine how the founder and CEO roles differ from one another, let’s discuss what it means to be a founder of a company.

What is a founder?

In business, a founder is an individual who forms and establishes a business or organization. The founder is typically responsible for setting the mission and vision of a company.

Essentially, a founder takes a business from an idea to an entity. As mentioned above, in the early stages of a company, team members wear many hats ensuring the work gets done to keep the company going as it grows and scales. In many situations, this means the individual who created the business is often tasked with managing the overall operations of the company as CEO.

The biggest difference between a founder and a CEO is whether the role is active or passive. Even when a founding individual leaves the company and is no longer serving an active role, they can still be considered a founder due to their work establishing the company. Additionally, much of the work for founders occurs at the beginning stages of the business.

On the other hand, the CEO is an active role. If someone has the title of CEO, that means they are currently serving as the head of the company even if they weren’t responsible for establishing the entity.

While it is common for an individual to serve as both founder and CEO, that is not always the case. Even if one person does have both roles, each title has its own set of tasks. Now that we understand how the role of founder differs from the CEO at a basic level, let’s discuss the different responsibilities of each role.

Most successful businesses begin with a well-thought-out business plan, and in many cases, it’s up to the company’s founder to ensure a business plan has been created. The key elements of a an effective business plan include the executive summary, a description of the company’s business model, market analysis, the products/services your company offers, operational plan, the marketing and sales strategy, and a detailed financial plan.

Check out this post for advice on writing a detailed business plan.

Startup companies are often established from a specific product idea or service the founder wants to offer customers. Along with determining what products to offer, founders are often tasked with determining the company’s mission and vision to keep their employees and team members aligned and on the same page regarding how they best serve their customers.

3. Form the Board of Directors

In the beginning stages of a company, the founder is often tasked with determining what kind of governing body or board the business should have, along with who should be on it. Once the board is put in place, the company’s founder may oversee the relationship between the board and the company.

When establishing a new business, the founder is also responsible for assembling a team that can bring their vision to life. This typically begins with an executive team that can oversee critical aspects of the business, as well as support staff and employees who are responsible for product execution and delivering the final offering to the customer.

The company’s founder is also responsible for any initial funding to get the business off the ground. This could mean applying for loans or financing, applying for grants, seeking venture capital, or using their own personal assets to fund the initial business costs until the company begins earning enough revenue to cover costs.

1. Public Spokesperson for the Company

The CEO is often tasked with being the public face of the company. That means the CEO is responsible for taking media requests and attending industry and community events on behalf of the company they work for. Their personal brand becomes closely aligned with the company’s reputation.

While many companies have a Chief Operating Officer in place who manages the team that executes operations, the CEO is still ultimately responsible for making decisions on how the company operates and best serves its customers.

That could entail making key hiring decisions related to company operations, and updating strategic plans to ensure the company continues performing well and meeting its goals.

3. Maintain Relationship with the Board of Directors

Though the founder is responsible for determining what kind of governing board oversees the company, the CEO is tasked with maintaining these relationships and reports directly to the board.

In many companies, the CEO goes to the board for guidance around major business decisions. The CEO also communicates business updates and milestones to the board to ensure company performance is on track.

At a high level, the CEO is also responsible for their organization’s performance and ability to meet its major goals. If for some reason teams within the company are not meeting their goals, the CEO should provide strategic guidance on how to do so, or as mentioned above, should solicit advice on how to do so from the board.

Should a company founder and CEO be the same person?

Now you understand what founders and CEOs do, respectively. That leaves us with one last question: should the founder and CEO of a company be the same person?

There’s no clear answer — it largely depends on the company in question and of the skillset of the founder and CEO. In some instances, an individual can serve as founder and CEO of a business during the startup stages and decides to bring on a new CEO to manage the business after reaching the sustainment stage.

In other instances, an individual can be the founder of a company, and quickly determine their skill set is better served in an area outside of company leadership, prompting them to hire a CEO who may be a better fit.

Whether a founder chooses to take the role of CEO of their company comes down to resources, their individual strengths, and what is best for their business, especially in the startup stages.

To learn more about the different stages of a startup, check out this post.