Why Some Salespeople Don't Work Out 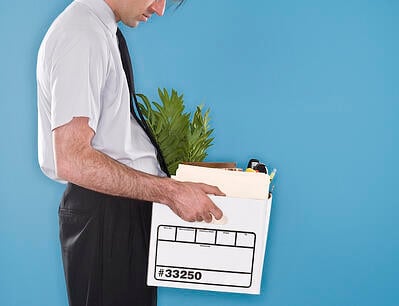 Firing someone is never easy. Even when it’s glaringly apparent that it’s the right choice, I’ve never met a manager who likes letting someone go. 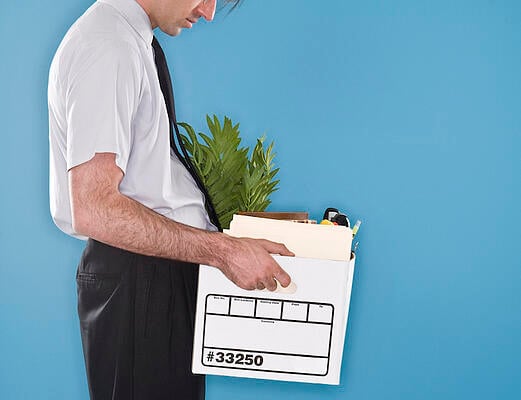 Sales managers often wait until the very last possible moment before coming to that often painful, almost shocking realization that they need to terminate someone’s employment, hoping that they’ve done everything in their power to turn that person around and make them successful in their role. But even after this difficult decision has been made, sales managers still wonder: How did it even get to this point?

Think about the people on your team who just don’t fit your culture or lack the necessary aptitude, attitude, and discipline to be successful. Most of the time, a sales rep doesn’t work out because they were never the right fit to begin with. They’re getting fired mostly because they should have never been hired in the first place!

Whether you hired them or inherited them, are you aware of the gap in your hiring and interviewing process that allowed this person to fly under the radar undetected and land on your team? Maybe the gap has nothing to do with your process, and everything to do with your attitude around hiring.

Make Hiring a Choice, Not a Need

Even if you have all the procedures in place to ensure a successful hire, the biggest mistake employers make is hiring from need rather than choice. In other words, if you are in a position where you desperately need a salesperson and you're looking for a quick solution, there's a strong chance that you are going to force the process. Think about how the mis-hires on your team initially made the cut.

In general, finding, assessing, hiring and onboarding top talent is a fairly high-pressure, time consuming activity. During the time that a vacant spot exists on a sales manager’s team, your company could be actively losing money. Leadership often makes it clear that somebody needs to be hired as soon as possible to fill that position to cover a territory where your competition is quickly securing market dominance.

This turns up the heat for the manager. They look at the list of the non-negotiable knowledge base, characteristics, competencies, experiences, relationships and skills needed to ensure a successful hire. Then, they review the potential candidates. They look at the clock. The pressure intensifies.

And in that instant, the deterioration begins. The managers starts to concede on their list of necessary attributes.

The Erosion of Integrity

Whether you are engaging in crisis management tactics because your top salesperson left, you have more leads than you can handle, or you simply feel you can't take on the added responsibility that comes with hiring a salesperson, taking shortcuts and omitting the necessary steps in the hiring process compromises your staffing objectives as well as your standards of professionalism and excellence.

As time ticks away, the manager’s criteria start to erode. A candidate might not have all the necessary, non-negotiable traits, yet because of the mounting pressure to get the position filled, the justification process ensues. “Well, they have five out of eight critical, non-negotiable competencies needed. That’s not so bad, right?”

In desperation, the sales manager tells herself, “I can definitely train that new rep to develop those skills. I’ll just have to invest a little more time in them, that’s all.” Subsequently, an offer is extended to a person who is not a fit, and will likely never be.

The moment the manager feels pressured to fill the empty position in as little time as possible, the hiring process is doomed. The irony is whatever standard or value you compromise will likely become the reason you fire them or that salesperson quits.

The Cost of Compromising Your Standards

Because sales managers are reluctant to let people go, this ill-suited rep will consume a significant portion of the manager’s time over the coming months (or even years) dealing with problems that could have been avoided if they simply hired the right person to begin with!

It becomes a vicious cycle: the more time a manager gives, the less they want to admit that it isn’t working out. And for some strange reason, there exists a great population of managers who actually believe, “If I have to fire them, then I failed! And I don’t want to fail!”

And while the manager invests their precious and limited time in the wrong person, they’re not doing so with the right people on their team -- the ones who actually hit their goals and make the manager look good.

The bottom line is: You can’t make the wrong hire the right fit.

Remember, you’re not serving that person, the company, or yourself keeping someone around who shouldn’t be there in the first place. In fact, you wind up hurting everyone instead.

If you make the wrong hiring decision, own it, learn from it, adjust, adapt, and move on. Otherwise, you’re bound to spend the rest of that person’s career trying to make the wrong person the right fit. And that is a quintessential exercise in futility.

In order to hire right, you have to hire slow. Hiring decisions made under time constraints are bound to be bad ones. And if you hire slow, you’ll be in fewer situations where you have to fire.

Take the time to find the right person for the job, and you’ll actually save countless stressful, unproductive hours. Your reward will be a positive ROI, less stress, a happier team, and more productivity.