Why Your Sales Contests Suck (and How to Fix Them) 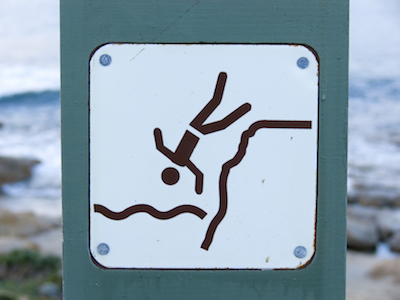 Every sales manager wants one simple thing: to hit their number. It’s widely accepted that one of the best ways to crush quota is to have a highly motivated sales team. So what better way to get your reps engaged than to run a sales contest?

Sales contests are a go-to solution for many sales managers when they want to encourage their reps to make more calls, build a stronger pipeline, or close more deals. But many managers are surprised when they learn that a sales contest designed the wrong way won’t just yield poor results … but in some cases negative results!

If you’ve ever experienced any of the following three scenarios with your sales contests, you likely have some real opportunities for improvement.

Every sales team has star performers. It doesn’t matter if you have 5 reps, 50, or 5,000 -- you’re always going to have a top 20%. Not surprisingly, these are the reps that tend to win most traditionally designed sales contests.

But ask yourself -- are those really the reps you’re trying to motivate? Top performers will overachieve without a contest or prize. It’s in their DNA.

Sales managers need to motivate the middle 50% and bottom 30% of their team -- the reps that really need the extra push. But if you talk to the 80%, you’ll find that in many cases sales contests actually discourage them because the same top performers win every time.

You’ve announced this month’s sales contest.  Everyone is clapping, trash talking, and running back to their desks ready to push harder than ever. It feels like the contest is working, right?

But as the days go by, there’s less and less engagement. After a few weeks, no one is talking about the contest any more. On the last day of the month, the contest ends and your top performers take home the prizes, per usual.

Why does this happen? It’s simple. Most sales contests are designed with a single goal or leaderboard. Let’s say, for example, you have a team of 50 reps and announce that the top five sellers this month will get a flat screen TV. On day one, everyone’s excited. But after a few days, some reps start to fall behind. After a week or so, many have fallen out of contention.The moment that a rep realizes they can no longer win is the same moment they disengage entirely from the contest. In most cases, you’ll lose well over 50% of your team before the halfway mark.

3) You only measure results.

What was that one simple thing every sales manager wants? To hit their number. That said, it’s not uncommon for sales managers to run sales contests based on results metrics such as revenue, quota, or closed deals.

But who generally has the highest results metrics? Your top performers. And who are you really trying to engage? Everyone else!

Results aside, every sales team also has activities and behaviors they are trying to drive which can lead to better results. These are metrics such as pipeline, calls, leads, and meetings. However, these are a nightmare to track in spreadsheets and whiteboards, so most sales contests ignore them. And this dismissal fuels the first two problems I discussed above.

So what can you to do avoid these pitfalls? As CEO of FantasySalesTeam, I’ve personally worked with hundreds of sales managers to create more engaging and higher performing sales contests. Here’s what we’ve learned over the last few years:

Creating an environment where reps are forced to push and rely on each other is key to motivating more of your team for a longer period of time. In a team-based model, even if a rep falls behind individually, they still have other reps encouraging them to perform. They don’t want to let down their peers, which encourages them to drive harder. It’s even more effective if you can create a culture where everyone in the company becomes involved and invested in the success of the sales team.

Most sales contests have only one way to win, and the top reps or teams take home the prizes. But this causes players who fall behind to lose interest.

While it’s tempting to base your contests only on results, it’s not nearly as effective as when you also incorporate behavior metrics. Your middle 50% and bottom 30% of performers will be able to compete better when both activity and results matter, because what they don’t achieve in results they can make up for by ramping up their activity. This will keep them engaged longer and lead to better results overall.

The most important thing to remember with any sales contest is that you should strive to keep the highest number of reps engaged for the longest period of time. If you concentrate on these two goals, I promise you’ll see a dramatic improvement in the ROI you achieve from your sales contests and SPIFFs.

The Psychology of Sales Gamification & How to Implement It, According to Sales Leaders