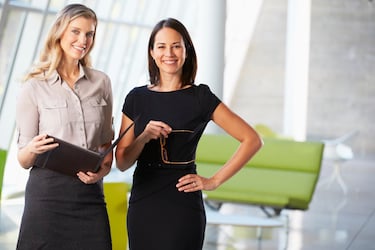 Sheryl Sandberg would be proud. According to DDI’s 2014-2015 Global Leadership Forecast, a higher number of women in leadership roles positively correlates with strong business performance. 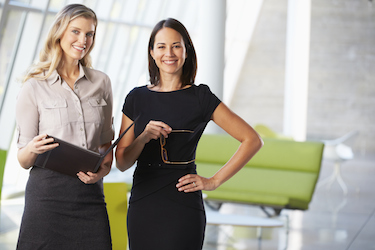 In a study of 2,031 organizations around the world, DDI found that the top 20% in terms of financial performance had almost double the amount of women in leadership roles than the lowest 20%. [Tweet This Stat] Leading companies’ leadership ranks were 37% women, while the laggards had only 19% female representation.

However, DDI noted that women are still underrepresented in leadership positions across the board, which it hypothesized could be attributed to discrepancies in opportunities and/or confidence.

“Women were less likely to rate themselves as highly effective leaders compared to their [male] peers, to have completed international assignments, to lead across geographies or countries, and most significantly, to lead geographically dispersed teams,” the report stated. “Missing out on these key developmental opportunities makes a difference: Leaders who had access to these global and more visible leadership experiences were far more likely to be promoted and to advance more quickly in their organizations.”

The report also contained a section on Millennial leadership. Millennials sometimes get a bad rap when it comes to work skills, but DDI found that the more Gen Y leaders a company had, the faster its growth rate. Millennials accounted for 30% of the leadership at aggressively growing companies, compared to 21% at companies growing only slightly or not at all.

But it’s not all roses. The study pointed out that “organizations that rely on a greater supply of younger leaders face unique challenges. Millennials report being less engaged in their roles within their organization. Also, they are more likely to intend to leave in the next 12 months than leaders in other generational groups.”