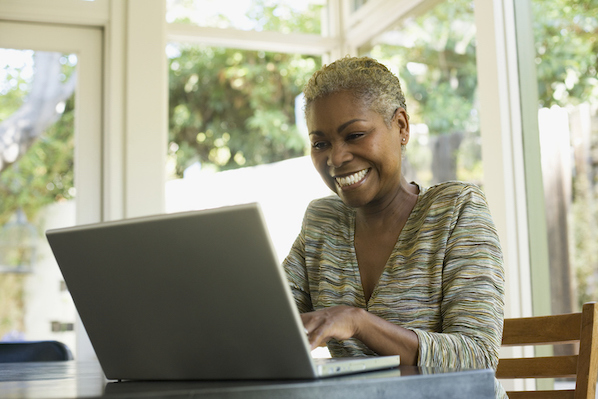 For most companies, there are severe negative repercussions for a lack of response to social media posts and comments — especially, when those posts or comments are bashing a company. When a company tries to ignore the comment, that gives all the power to the user. By responding, you maintain the power in the situation and can ease the minds of other easily-influenced consumers.

That being said, you still want to take enough time to craft an appropriate response. Responding within minutes and realizing you made a mistake isn't effective either. It can be difficult to find a balance between taking a necessary amount of time to respond and not leaving users in the dark for too long. Thus, use the following list to keep track of the appropriate response times on each platform.

One study found that the average response time for companies on Facebook is one hour and 56 minutes. While most customers want a response within 30 minutes, only 50% of businesses are meeting this expectation. 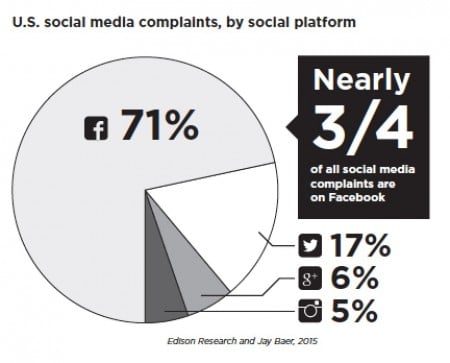 Facebook also has a feature that tells users how responsive your company is to messages from users. Your response rate is the percentage of messages that your company has responded to, while your response time is an estimated timeframe of how long it takes you to respond to messages.

If your average response time is less than five minutes for the past seven days, Facebook will put a badge on your page that reads "Very responsive to messages." This is a sure sign to users that they can trust your brand to prioritize reactive support to customers.

The average response time for companies on Twitter is 33 minutes and 44 seconds. But, similar to Facebook, customers expect a response within 30 minutes and only 50% of businesses are meeting that standard.

Twitter is a very immediate platform. Since Twitter is typically viewed as more informal than Facebook, users expect you to check tweets and reply to them much faster. Once you get a conversation going, don't be surprised if it ends with a series of back-and-forth tweets.

What's great about live chat is that it's innately private. So, by responding within 48 seconds, you can ensure that you offer a solution without having to worry about your customer ranting about your brand in a public forum.

The three platforms above are arguably the most popular social media sites to engage businesses. But, that doesn't make them the only ones that customers are using to contact your company.

The charts below show us some more expectations for customer service response times on different social media platforms. 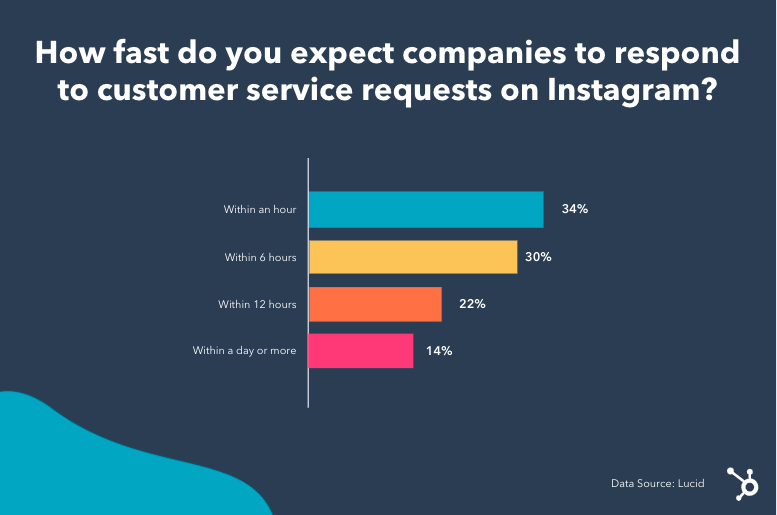 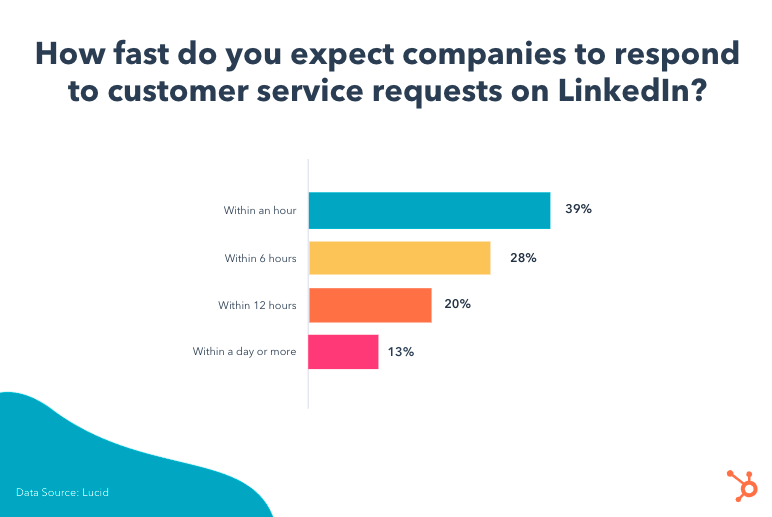 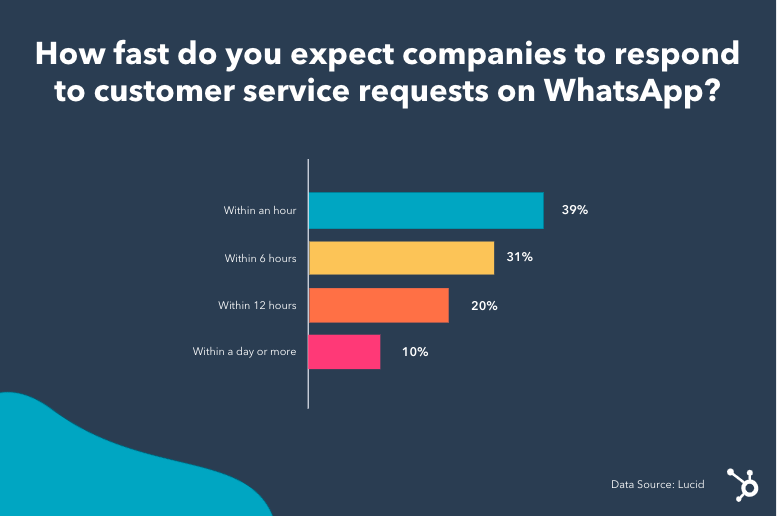 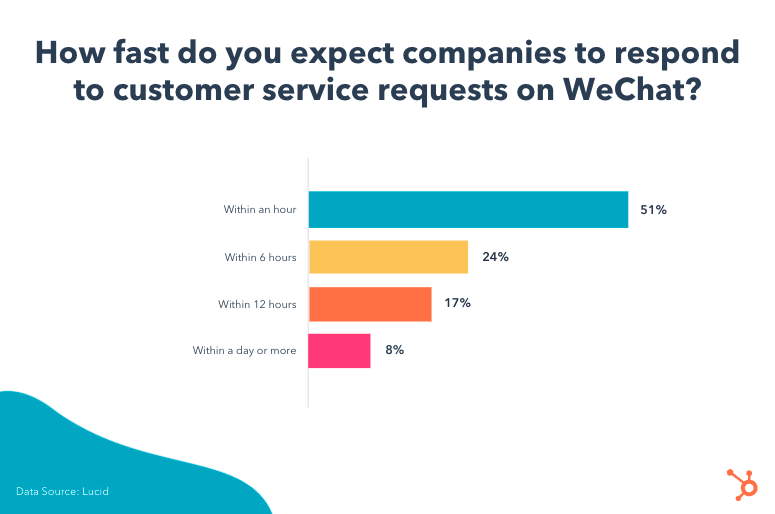