Are Virtual Monotasking Groups the Future of Work?

It’s 6:30pm and you’re logging off from work, bleary-eyed from screen time and exhausted from virtual meetings — but you suddenly realize you have no idea what you actually did all day. 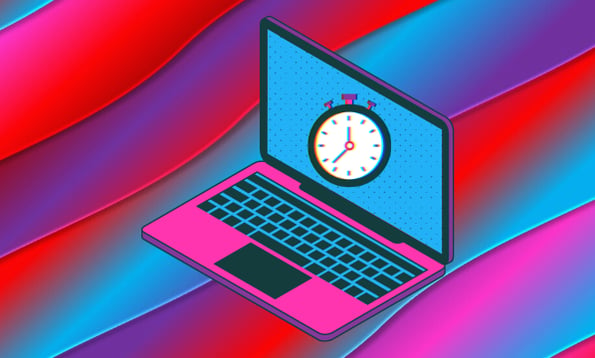 It’s not just you. In fact, it’s a widely shared experience, one that Anna Pugh dealt with herself before launching Spacetime Monotasking, a startup that aims to help people focus on one task at a time.

Pugh first found herself in a constant, unpleasant cycle while working in operations at tech companies: She would overwork herself to the point of burnout, while wasting hours of work time due to distractions.

When she left her job in 2019 to launch her beauty brand, Pugh was suddenly faced with a new challenge: managing her own time without structure. She soon started making videos on her TikTok about monotasking, the antithesis of multitasking, and was met with a massive amount of interest from curious users.

In February 2021, Pugh launched a coworking group on Patreon that met three times a week for three hours, and charged $5 per session. With 30 subscribers immediately showing up to work — including Marisa Mayes, who became Pugh’s co-founder — Pugh realized she’d tapped into something real. The duo formally began building Spacetime Monotasking in January 2022.

The startup centers around the “flow state formula,” which asks users to identify a single task or project, set a timer, then create a comfortable environment and eliminate distractions. The aim is to get workers into the flow — that elusive state where your focus and creativity peak.

Spacetime’s coworking groups operate on Zoom and offer users the choice between one-hour “sprints” and two-hour “flows.” Sessions begin with attendees talking about the task they hope to accomplish, before everyone is muted (with cameras on or off based on personal preference) to work independently.

At the end of the session, group members can come back together and share thoughts on how their experience went. The conversational aspect of the service adds a sense of community for those who feel motivated by the work of others.

“People are writing books and screenplays. They’re building businesses,” says Pugh. “People are doing incredible things in these sessions, and even just having the chance to witness all of that happening with a bunch of people you’ve never met in person is a really beautiful, inspiring thing.”

Users are encouraged to put their phones away (not just turned facedown) and mute all notifications on their computer to allow for full concentration. A finite amount of time paired with the presence of others working seems to be the magic formula for entering the flow state, particularly for people working from home.

Pugh thinks of the structure as you would with a fitness class: You book a class in advance, put it on your calendar, and set aside time for it. And, most important, others see the blocked-off time on your calendar and respect that they are unable to meet with you during it, or override it in any way.

With more than 50 active users to date, the company offers four tiers of pricing ranging from $10 for a single drop-in session to an $85-per-month unlimited subscription. The website even has a page dedicated to expensing Spacetime Monotasking as a business tool.

The founders are resolute that their startup is not just a productivity tool, but a gateway for shifting mindsets and lifestyles. A main goal of Spacetime Monotasking is to stop the glorification of the grind — the societal push to work until burnout — and focus on maximizing productivity in the time you have.

And the platform isn’t just for work: People can use the sessions for nearly everything, and the productivity transfers across tasks.

“If you have a doom closet that you need to clean out, you can book two hours for that; it’s perfect for that kind of stuff,” says Pugh. The co-founders say they also saw a large turnout during tax season, with many using the time to get documents in order and finish their filings.

Encouraged by that experience, Pugh and Mayes are currently brainstorming concepts around personal finance or other common life tasks that would benefit from a dedicated monotasking meetup. They hope to add more facilitators (they are currently the only two), which would allow for monotasking sessions at various hours around the world.

The startup is also looking to expand into the enterprise space. In the post-pandemic landscape, a service like Spacetime Monotasking might be baked into employee packages, especially for remote teams or companies.

“I deeply believe that this is the future of work,” says Pugh. “Corporations could see a huge shift in employee happiness if people weren’t held to an eight-hour workday and it was more about just getting your work done. It wasn’t what we set out to do, but this is really supporting people’s mental health.”