Failure to Launch: Three Lessons From a Software Startup That Never Took Off

A serial entrepreneur, Luke Kanies first founded software company Puppet (which he parted ways with in 2016 after 12 years as CEO) before creating Clickety, a CRM software tool that enabled leaders to track their interactions and communications with their staff. 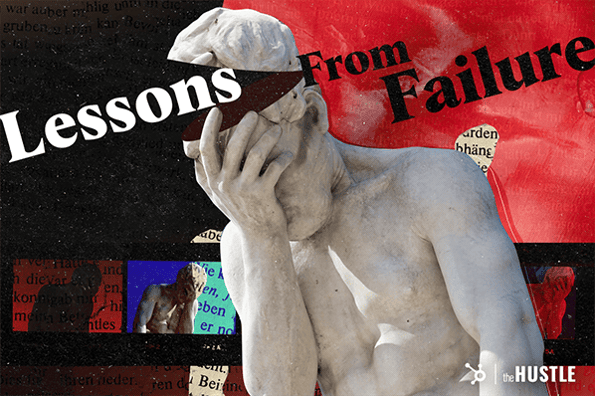 The inspiration for the startup came from problems that Kanies was facing himself. As an executive, he had difficulties keeping track of everyone he interacted with while running a business. He wanted a tool to jot down notes about his employees so he could keep himself informed and remember individual conversations.

From that need, Clickety was born in 2019. Kanies shelled out $100k of his own money to get the venture started, and raised another $2m from angel investors. Though the startup never generated any revenue, Clickety garnered 150 active users for its beta version.

Once work was underway, Kanies realized the product he was trying to develop was more complex and time-consuming than anticipated. Though the software was compelling to a small group of people, it wasn’t built out with enough features for most. When it came time to raise more capital, Kanies had trouble pitching and explaining the product to investors, without a more complete version of the software to show off.

Kanies also ran up against an ever bigger challenge: debilitating heart problems. He eventually realized he wasn’t well enough to withstand the complications of another fundraising round, nor should he take more money from investors when he didn’t know what his future, let alone the company’s, would be.

By 2021, Clickety was shuttered. In the year since closing down his startup, Kanies has done some entrepreneurial soul-searching to see what went wrong and what went right.

Below, he shares the lessons he feels were worth learning.

1. Be prepared to sell when creating a new product category.

In the case of Clickety, CRM software was common for sales professionals, but no tool existed to help leaders manage relationships with employees and colleagues. Kanies found that when introducing an entirely new product category, it’s critical for the founder to be able to sell what they’re doing to investors and consumers.

“It requires much more time on the product marketing side, figuring out how to talk about what you’re doing in a way that lands for people,” explains Kanies.

Investors can be wary of betting on a new product category and are known to be cautious with products they don’t understand, so entrepreneurs who haven’t channeled time and energy into explaining and selling their product might hit a roadblock when seeking funding.

Looking back, Kanies says he failed to relay to investors what Clickety was doing differently than other related products, such as Clay and Contacts+. While he continued to meet with hundreds of investors, his original funding dwindled, and he wasn’t able to secure another round without successful marketing and proof of concept.

2. Get hands on with building the product.

Kanies, who has autism, says he brought in employees to handle the technical development of Clickety to avoid working too closely with others, and hired three developers to build the product.

“I don’t actually collaborate that well with people, and it’s very hard to find somebody I can work shoulder to shoulder with,” explains Kanies. “One of the ways I de-risked this business was to not be one of the developers; [instead,] I can be the product manager on the team.”

Yet being more hands on would’ve allowed him to code the product exactly the way he envisioned it. Kanies ran into conflict with a developer, and had trouble communicating his vision to the team.

“Some things are easier to do than explain, and I think we hit a few of those on the project,” he says. “If I could have just shown people, I would not have had to work so hard to explain it.”

Had he not hired development support so early, Kanies says he could have funneled that capital into the business and bought himself more time to build out the product.

“Instead of learning about the product and customers, I spent a bunch of time dealing with employees, and then getting money to have more of them,” he says.

3. Play to your strengths — and weaknesses.

When one developer — who Kanies had thought would be a “driving force behind the business” — quit, Kanies started to question his own management abilities.

“It reminded me how difficult it is to manage executives and find that balance between being the boss who is the source of the ‘why’ for the business, and also asking people to bring their creative best and generative best into the business.”

Striking the balance between fostering innovation while keeping the order was difficult for Kanies. He also found that as an austic person, he didn’t fit into the stereotype of how a leader should act or look.

Now that Kanies knows more about himself, he says he would start with products he can code himself, instead of creating a large company that necessitates managing executive staff.

These days, Kanies is focused on getting his physical health back. He also hopes to start writing again — a practice he deeply enjoys and once did regularly on his blog.

For his professional future, Kanies’ plans remain to be seen. But, since he’s an entrepreneur at heart, a new venture is never truly off the table.

“I’d love to get back to writing and coding again,” he says. “There are a couple projects that I would love to build. Worst case, it solves my own problems; best case, maybe it lands somewhere and I can build a business.”