Learning From Mistakes: 4 Lessons From a Failed Fitness Startup 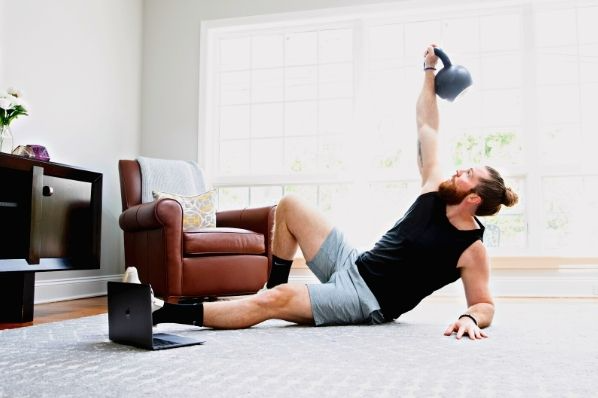 When gyms in New York City shut down at the onset of the pandemic in March 2020, fitness trainer Brendan Bellantoni found himself unemployed after being laid off via email.

But Bellantoni, who says he’s “not the type to cry over spilled milk,” wasted no time and was on a call with a colleague within 15 minutes of receiving the bad news. “We jumped on Zoom and started Sweat From Home that night,” he says.

The co-founders had existing personal training clients from their previous employer, Orangetheory, which meant they could get started with Sweat From Home’s virtual training business immediately. Bellantoni held the first class the morning after being let go, with 60 clients in attendance.

Within 3 months the company brought on a 3rd co-founder, hired 10 coaches and support staff, and at its peak was running 60 live HIIT classes per week with just under 100 monthly recurring users. The trio bootstrapped the company — each founder took a small paycheck to survive — and every dollar made from classes was poured back into the business. Nine months into the business, Sweat From Home raised a seed round from small investment firms, friends, and family that totaled $215k.

That fundraising round turned out to be one of the company’s downfalls; Sweat From Home officially closed its doors in November 2021. As customers returned to work out in person, the company started losing coaches and eventually one of its co-founders. With fitness giants like Mirror and Peloton in the home workout space, Bellantoni began to see there was no way to salvage the venture.

Below Bellantoni shares his 4 most important takeaways from his shuttered venture.

Lesson 1: Be aligned with your co-founder.

Bellantoni’s partner came from a traditional business background, while he did not. Though having founders with varying skill sets can be valuable, partners need to be on the same page as far as the larger goals of the business and the company culture.

“My partner and I had different visions of what we wanted to do,” he says. “We both wanted the business to succeed. We just had different ideas and approaches on how to achieve that, ultimately ending the relationship.”

Lesson 2: Be in tune with your audience.

After its 1st seed round, Sweat From Home spent $80k on marketing — for which they got a nearly 0% return. The co-founders hired a marketing consultant that charged $20k for just 3 months of work, yet customers were not signing up for classes.

“We had ads running on Instagram, Facebook, and LinkedIn. We A/B tested pictures, videos, headlines, titles, audiences, and copy. You name it, we tried it,” says Bellantoni. “We would get some clicks, but very few people were signing up. We offered free classes, discounted packages — every possible angle to entice people to sign up, but we kept failing short.”

Even after tinkering with the website design, targeting different keywords, and offering referral bonuses, the co-founders were still striking out. Looking back, Bellantoni sees that it might simply have been a product of a pandemic-born business that ran its course.

“The enormous spend and the slow trickle of people leaving and not being replaced became worrisome,” he says. “It may have been that the market just no longer wanted what we provided.”

Bellantoni also regrets raising money and trying to expand into a larger virtual fitness company, when he thinks they might’ve had a chance if they stayed as a small, independent gym that could transition back to in-person classes when the demand changed.

“On some level I believe that we never should’ve taken investors’ money. I think we spent the money unwisely and put unnecessary pressure on ourselves once we took it,” he says. “We were always a scrappy business, but taking money from investors changes the dynamic of the business and the relationships between you, your co-founders, and the investors.”

Rosy projections can set a business up for harsh reality checks. Bellantoni was initially excited about his partner’s financial estimates, but they ultimately raised the bar too high.

“The possibilities of taking other people’s money to increase your business tenfold looks great on paper,” says Bellantoni. Yet in his gut, he knew the numbers were too good to be true, and likely didn’t account for all the things that could go wrong with a fitness company, let alone a fitness company built during a pandemic.

“We made our projections when we were halfway through our 1st year through to the next full year,” he says. “We definitely overestimated everything. After the end of our 2nd quarter in 2021, when our actuals were nothing near our projections, it put a damper on running the business and left a bad taste in everyone’s mouth.”

Even with the string of mistakes that ultimately led to the shuttering of his business, Bellantoni has no regrets: “I learned so much in the last 2 years about business and about myself,” Bellatoni says. “I am so passionate about fitness, and I know that each failure is just bringing me closer to success.”

We’re looking for truthful stories of startups that failed. If you've tried and failed to build a business, we want to hear from you -- take this survey and you could be featured in The Hustle!

Friday Finds: Entrepreneurship Stories Of the Week in May

How To Find and Apply to Business Grants for Women