Lessons From Failure: 4 Mistakes Made by a Defunct Agtech Startup

When other college kids were spending their days falling asleep in class and throwing back beers, Isaiah Silva, a mechatronics engineer, was building his first startup. 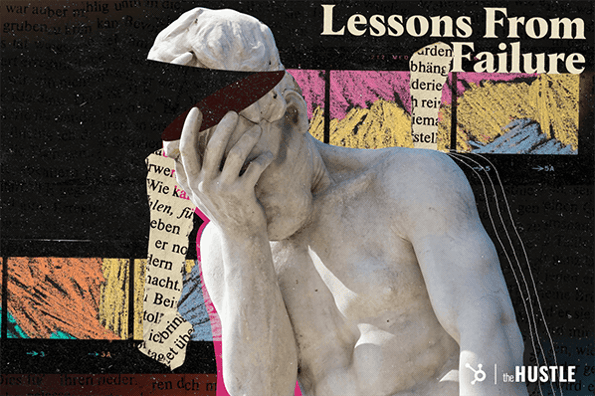 As college students, the co-founders relied on winning pitch competitions to raise capital — and win they did, repeatedly, raising a total of nearly $30k. They also landed a meeting with Y Combinator in October 2018 to pitch their product, though it was ultimately unsuccessful.

At its peak, the company had around 17 customers, with some of the larger businesses installing ~20 units on their plants. The founders had more interested clients, but Silva says things started going south when they failed to iterate the product quickly enough to include customer feedback, and were not pursuing sales as aggressively as they should have.

Silva’s co-founder, a computer scientist, left a year and a half into the business, something Silva never bounced back from. “Losing a co-founder is a death sentence,” he says.

But Silva held on to Atomota for an additional year, another move he says now was a major mistake. Below, Silva shares lessons learned and fatal business blunders other entrepreneurs should steer clear of.

“My biggest problem was not moving the needle forward fast enough. We were really good at hardware and product development, but we were atrocious in sales,” says Silva.

Atomata developed its hardware products in only a month, but the co-founders subsequently neglected the sales side of the business. Silva says he knew the importance of sales, but it wasn’t his area of strength and they didn’t bring on anyone who had that expertise.

Silva approached sales like an engineer: trying to optimize the number of emails sent, running Instagram campaigns, and automating the sales process rather than doing what was ultimately needed — speaking with potential customers. Not interacting directly with existing and future customers hindered Atomata’s efforts to quickly iterate and improve the products, stalling its growth.

“Revenue and users are food for a startup: you might be able to go a while without food, but eventually you’re going to die,” he says.

On the plane to their meeting with Y Combinator, the co-founders were still talking about new ideas for the company and ways they could change it. Silva says in hindsight that uncertainty so close to a pitch meeting was a big red flag.

“I think we just didn’t quite understand what we wanted to do and why we were doing it. You need to have that focus and clarity around what you are trying to accomplish,” he says.

Y Combinator gave the feedback that Atomata should’ve been focusing on B2B rather than B2C — a direction that likely would’ve been more profitable. But with all the ambiguity surrounding their thinking, the founders never ended up deciding between a B2C or B2B model.

“We could have chosen B2B or B2C, but we needed to have a reason for doing so,” he says. “It was about a lack of focus; we needed to choose one channel and solve a problem for it.”

Lesson 3: Listen closely to your customers.

Atomata received feedback that a downgraded product would be more user-friendly, yet the founders opted to go the other direction. While his customers were asking for the ability to export sensor data in plain Excel sheets, Silva slaved away at creating an aesthetically pleasing web application with real-time graphs.

“Instead of doing the hard thing and sitting down to make the product better based off of customer feedback, we made the fundamental flaw of getting distracted by other cool solutions,” he reflects.

Customers also complained about product reliability — Atomata ran into problems with the accuracy of its sensors and Wi-Fi connectivity — but instead of fixing the issues, the founders spent their time exploring new product lines like making devices for outdoor hemp farming.

Seeing how much the product could’ve been improved by implementing simple requests, Silva now prioritizes listening to customers above all else.

“Your customers are going to tell you what you need to build better than you could ever imagine it yourself, and the excitement and joy of getting new customers is going to keep your company afloat through hard times and help you get investments,” he says.

Lesson 4: Know when to walk away.

Silva kept the business going for a year and a half after his co-founder left, even though he was running on empty. “This thing was my baby and I cared about it very deeply, I’d spent so many hours on it and it was hard to kill,” he explains. “But for that year that I was struggling, I wasn’t progressing the company, I was barely keeping the customers we already had.”

What ultimately swayed Silva to shutter the startup were the people around him who asked him why he was putting himself through such a stressful situation. Once he heard it enough times, he made the final decision to shut the business down.

Though Silva acknowledges his business failed, he didn’t let it stop him from trying again. In 2020, he joined Ahead Wind, a software company that 3D prints aerospace parts, as the CTO and co-founder.

He’s taken some early steps to ensure the new venture is more successful: he’s found partners with skills that compliment his technical expertise. “We’re able to accomplish far more and cover the bases of what the company needs more than if it was just 2 technical people,” he says.

Silva says his new company has a much better problem than Atomata had: “Our product isn’t built yet, and it’s very difficult to build, but we have people who already want this product and are willing to pay us early. It’s like getting pulled instead of having to push a boulder up a hill.”