Can a lifestyle brand grow the game of golf? 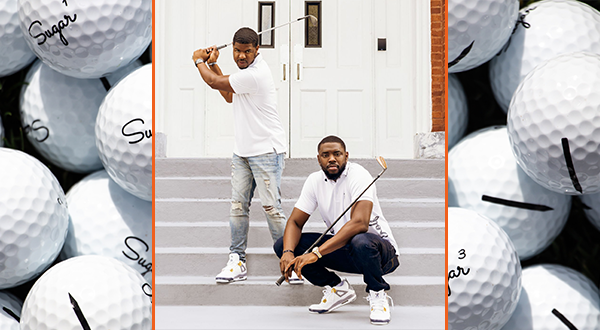 Golfers have defaulted to polos and slacks for decades.

But a new lifestyle brand is evolving what golf apparel can look like and, in the process, bringing new players to the sport, per Bloomberg.

… was founded by Olajuwon Ajanaku and Earl Cooper, former teammates at Morehouse College, a historically Black college in Atlanta.

When Ajanaku attempted to go pro after graduation, Cooper introduced him to an artist to make a logo he could wear on his gear. The logo:

In 2020, the logo generated buzz at a PGA trade show, giving the duo confidence Eastside Golf could be successful.

… the pair has notched a series of partnerships, including:

Despite partnerships with the NBA and MLB, the brand hasn’t reached an agreement with the PGA Tour, which, perhaps ironically, claims one of its primary purposes is to “grow the game.”

Golf has a long history of diversity problems, but Ajanaku and Cooper believe Eastside can help start conversations that bring more diversity to the sport.