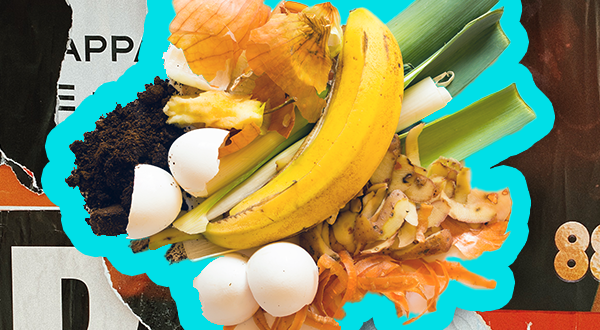 There are many culprits causing climate change, but a big one is food waste. According to the UN Environment Programme, food waste makes up 8%-10% of greenhouse gas emissions, and accounts for $940B in annual economic losses globally.

While the concept of the circular economy applies to various industries (e.g., fashion, tech, the circular food space is thriving by bringing table scraps back to life. Here are a few companies making moves from the landfill:

Montreal-based Loop Mission buys extra or ugly produce otherwise destined for the dump, and squeezes it into juices and other products. Since 2017, Loop Mission has salvaged more than 8k metric tons of produce. The company started with cold-pressed juices — with ingredients like pineapples, beets, and kale — and has expanded to probiotic sodas, gin derived from potato peels, and soap made from deep-fryer oil.

Co-founder David Côté likes to think of his business as a waste rescue mission. “We look at waste and we try to find solutions to put it back on the shelves at the grocery store and create value out of it,” he told Bloomberg. Côté says he buys surplus produce for 35%-40% of what he’d pay for regular produce. Although Loop Mission could source its products for even cheaper, Côté wants to incentivize waste reduction and make the relationship worth it for his suppliers.

In college, Kaitlin Mogentale remembers watching her friend juice a carrot. “To me, it was so astounding to see the tiny amount of juice produced” compared to the handfuls of pulp, Mogentale says. The next day, she called up 10 Los Angeles juiceries and asked what they do with their pulp.

“They kind of opened up about it and said, ‘This is a huge problem for us. We don’t have composters or farmers that will come pick it up, so we just send it to the landfill.’”

The upcycled food market is valued at $46.7B, and Mogentale sees big opportunities in the space. “In the course of a year, food processing facilities are wasting over 10m tons of food just from the scraps or the stems or the peels of these different ingredients they’re using to make a finished product,” she says.

An average-sized restaurant in the UK spends about £20k ($24.7k) a year on food that gets thrown away. Silo, an acclaimed London restaurant, is shaving these costs by repurposing its scraps into creative new dishes. For example, a cuttlefish carcass may be used to make fish sauce that’s drizzled on top of leeks. And you’ll be served ice cream, churned from buttermilk that’s left over from butter making.

When you eat at Silo, you can taste tiny servings of the entire menu — 11 plates — for $74, a price the restaurant can offer because it’s lowering costs by reducing waste. But beware — if you leave food on your plate, your server might decrease your next portion.

The UK-based startup helps chefs and commercial kitchens track food waste using a smart camera and AI. Winnow’s product sits over the garbage pail, identifying and assigning dollar values to food that’s being thrown away. The idea is that measuring losses will motivate chefs, workers, and restaurant owners to reduce their waste.

Co-founder Marc Zornes launched Winnow in 2013 after working on food and sustainability projects at McKinsey. Winnow’s original product was a set of smart scales and a tablet app; its AI-based product hit the market in 2019. Moving forward, the company is aiming to save $1B of food from the landfill each year.

Friday Finds: Entrepreneurship Stories Of the Week in July

Friday Finds: Entrepreneurship Stories Of the Week in June