What Is Crowdfunding? How Startups Can Raise Money

Startups need cash to grow. But investors will take shares of your company, and interest rates on loans will cost you. 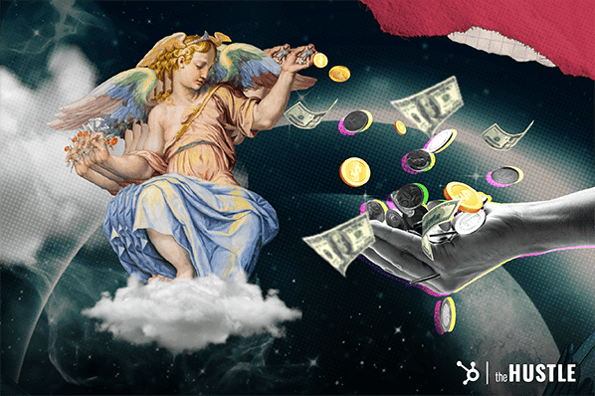 Crowdfunding offers an alternative way you can raise capital as an entrepreneur — while validating your business idea, creating buzz, and building your first customer base.

“Through crowdfunding, you’re accessing the public capital market as a private company,” says André Miranda, founder in residence at crowdfunding platform Wefunder. “It’s basically an early-stage way of IPO’ing,” without the work of issuing stocks and dividends.

How Does Crowdfunding Work?

As the name suggests, crowdfunding involves asking a large number of people to invest in your startup. Entrepreneurs will use crowdfunding platforms or host websites to solicit money from friends, family, and strangers excited about your idea or product.

Say someone wants to open a coffee shop in their hometown. They need money for rent, coffee machines, employees, advertising, and other expenses. The aspiring owner hops onto a crowdfunding platform, records a video explaining her goals, and launches the campaign.

She shares it on Facebook and Twitter, receiving close to $1k from her friends and family. A local community group picks it up, and more residents donate to get a new cafe in town. Eventually, she reaches her target and uses the funds to launch her cafe.

In all crowdfunding campaigns, you will receive money from donors to reach a certain financial goal. But the type of crowdfunding you choose could impact what you owe donors and how much the campaign costs.

For example, offering a reward in exchange for funds will result in marginal costs per donation.

The coffee shop example above used donation-based crowdfunding to raise money. You create a campaign and ask people to donate. You owe them nothing if you reach your goals, and people give without expecting anything in return.

To incentivize donations, you could create a rewards-based crowdfunding campaign. In this scenario, donors finance your startup because it benefits them. Many startups offer donors a first go at a product or a free trial on their service.

To optimize the rewards you hand out, you could create tiers depending on the size of a donation. For example, someone who donates $500 could get a free set of products, while someone who gives $25 gets a shoutout on social media.

Although other forms of crowdfunding avoid diluting shareholder ownership, you could run an equity-based crowdfunding campaign. Rather than expecting a tangible, onetime reward, people donate to receive ownership in your startup.

Giving ownership to a group of investors also broadens your network, as these donors will have a greater stake in the success of your business.

Instead of receiving donations, debt-based crowdfunding means receiving loans from a group of people. Like most loans, you will have to pay them back plus interest. But the flexibility of crowdfunding means you can raise capital faster than getting a business loan from a bank.

You could host a crowdfunding campaign on your own website, keeping 100% of the money you receive. But most opt to raise capital on crowdfunding platforms. That way, you can save the setup time and get your idea in front of a large audience immediately.

Some popular crowdfunding platforms include:

Explore different crowdfunding sites and pick one that aligns with your campaign’s structure. For example, some platforms require reward offers, while others require equity in exchange for donations.

How To Start Crowdfunding

Successful crowdfunding campaigns take an average of 11 days to put together. Miranda curated a step-by-step list, which his company used to raise more than $530k.

Crowdfunding platforms usually have specific rules and regulations. For example, Kickstarter forbids misleading imagery and digitally altered prototype videos. The SEC also has regulations, such as a cap of $5m raised from crowdfunding.

Consult official regulations provided by the SEC to understand the limits around crowdfunding.

Start by crafting a script with your audience in mind. For instance, if your product has a lot of complicated, technical parts, simplify it. Break down your startup into terms any potential donor could understand.

After finalizing the script, hire a solid videographer to create a compelling video. Avoid using your laptop’s camera, which can make the video look unpolished.

3) Communicate with your community

If you have users subscribed to an email list or followers on social media, let them know about your intentions to crowdfund, and what you’re offering as rewards (i.e., product, equity, etc.).

Before you launch your campaign, ask your followers for feedback, such as what they would want to receive after investing in your business.

Miranda recommends a personal approach to communication. Potential donors can book one-on-one calls with him for questions or concerns, making them feel more comfortable about funding his venture.

When chatting with potential donors, talk about the prospects of your startup, but stay grounded in reality. “90% of startups fail,” says Miranda, “so, if [donors] invest, they’re probably gonna lose their money. They should only invest if they really believe in the company.”

Rather than telling them your startup will thrive and excel, alert them of the risks with investing.

While you could host a crowdfunding campaign on your own, using a third-party platform has a myriad of benefits. These platforms already have traffic flowing through the site, and users can explore topics they are passionate about.

Once you’ve settled on copy, the video, and your audience, launch and share the campaign. Post it to social media. Tell your friends and family. Email your subscriber list. The more people you can promote your campaign to, the more likely it will reach its donation goal.

The VR headgear startup had its humble beginnings on Kickstarter before being acquired by Meta. First, one of Oculus’ first major supporters, video game developer John Carmack, revealed the company’s headgear at a 2012 conference, which created a buzz online.

To ride this wave of enthusiasm, they launched a crowdfunding campaign with a goal of $250k. They ran a reward-based campaign, offering a variety of prizes from T-shirts to a tour of their headquarters — and reeled in $2.5m+ in just a few days.

Oculus smashed its goal because its product went viral. Gamers were excited to contribute to the future, and Oculus marketed itself as the next generation of gaming. If your startup caters to a specific audience, make sure to get the message out to them.

In 2015, the 3D-laser-printing company created a presales crowdfunding campaign, which meant donors would receive a product once the venture raised enough money. Glowforge opted to host the campaign on its own website, and raised a record-breaking $27.9m in under 30 days.

The founders attribute their whopping success to their video, which took them hundreds of hours to create.

To optimize their video, the founders tweaked their script and tested it in front of multiple audiences, to make sure it made sense and resonated with potential donors. They ended up trying a dozen versions before picking the best performer.

The video, which has 5.8m+ views on YouTube, features multiple uses for their 3D printers — from making art to carving designs in chocolate. It highlights how everyday people can use their printers to work on different projects.

Within six seconds, Glowforge jumps into how someone can use their machine and its capabilities. Entrepreneurs looking to crowdfund should follow Glowforge’s lead and hone in on what makes their product or service useful and innovative.

Beeline creates navigation software for bikes and motorbikes. In 2015, after they released a new mapping system, Beeline launched an equity-based crowdfunding campaign on Seedrs. The company targeted £800k in funds, but ended up raising £1m+.

The startup received money from 512 investors in exchange for 11.24% in equity. Since these donors have a stake in the company, Beeline gained a large group of supporters who want to see it grow.

Exploding Kittens, a whacky card game that went viral, launched a crowdfunding campaign on Kickstarter in 2015 with a modest goal of $10k. But the floodgates opened, and they reached their target in just eight minutes.

The donations kept pouring in. At the end of the campaign, Exploding Kittens raised $8.7m+—the highest amount ever seen on Kickstarter.

Similar to Oculus Rift, Exploding Kittens relied on its virality to raise money. But its accessibility as a card game made it appeal to a much larger audience, who could get their hands on the deck by donating just $20.

If your product is inexpensive, offering it in exchange for a modest donation could help your campaign grow and pull in small donors.