Whether you’d prefer to keep your loved ones with you as a rock, a diamond, a planter, or even a vinyl record, there’s a company out there that can help. 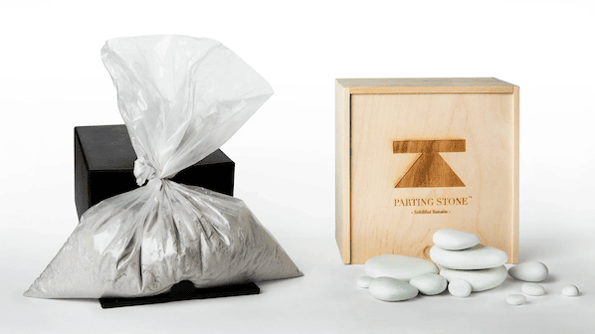 More than 5.3m people have died from COVID-19 -- including more than 800k in the US. During the worst of the pandemic, many had to forgo memorial traditions, and funeral homes became overrun with business. The National Funeral Directors Association reported a YoY rise in cremations in 2021, with an estimated 57.5% choosing cremation over burial. The Cremation Association of North America projects that number will rise to 72.8% by 2030.

The funeral industry generates more than $16B per year -- making it an appealing one for new businesses. To ease the process of losing loved ones, deathcare startups are emerging that offer mourners both a way to memorialize the deceased and a practical answer to what to do with cremated remains.

For Eterneva, the most beautiful (and luxe) way to keep the deceased close is to turn their ashes into diamonds. Founded in 2017, the company uses carbon from cremated remains as the base material to create lab-grown diamonds. Customers can choose carat weight, color, and cut. For colorless diamonds, prices range from $3k for a .1-carat stone, to $50k for 3 carats. The process takes 7-10 months to complete.

Eterneva raised a $10m Series A funding round in July 2021 -- a milestone that co-founder Adelle Archer says makes the company the 2nd-ever deathcare startup to raise a $10m round. Archer says the company’s annual revenue is in the “high seven figures” and they’ve seen triple-digit YoY growth. She also notes the company has resonated with TikTok users, amassing 1.2m followers.

“We learned that the diamond journey is just as important and powerful as the diamond you get in the end because it’s a celebration ritual of someone’s life,” Archer says. “Eighty-two percent of our customers coming out on the other side report being in a better place with their grief than those who did nothing at all.” 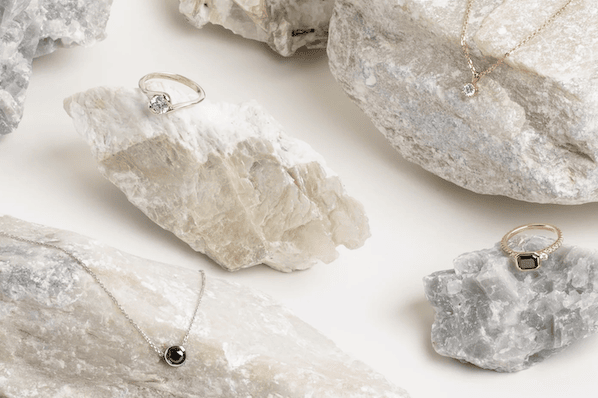 According to New York City grief counselor Jill Cohen, memorializing loved ones with physical objects is an immensely effective coping tool. “When someone dies, these companies offer a step further than saying, ‘my loved one is alive in my heart’ -- it actually brings the mourner closer to the person when they are no longer physically here.”

Parting Stone, founded only a year before the pandemic in 2019, has seen an outpouring of gratitude from customers impacted by COVID. The startup creates smooth stones by using a ceramic process: refining the ash until it forms a clay-like material, solidifying in a kiln, and polishing. The process takes 8 weeks and costs $695.

Parting Stone’s founder, Justin Crowe, says the company has seen 130% YoYrevenue growth in 2021 and has served ~2.8k families to date. He also notes that an important part of what they aim to accomplish is using the entirety of human remains -- making the stones an alternative to cremated remains and freeing people from the burden of handling ashes.

“There are 70m people in the United States living with cremated remains,” Crowe says. “When I talked to people about that, they would tell me that they were embarrassed to have the urn out when they brought dates home, or they were scared to scatter the ashes because they’d seen too many movies where the wind blows the wrong way. We wanted to make a new form of human remains that was more comfortable, and that’s what we did.”

The loss of group mourning rituals amid the pandemic made deathcare companies even more appealing, and oftentimes, necessary for bereaved consumers.

“All I kept hearing was that people couldn’t have a send-off and that a person’s life just ended with one person standing at a grave. And that made the mourning harder for them,” Cohen says. “The more you can do around the end of life, the more it eases the mourning.”

There’s a product out there for every taste. And Vinyly can turn your loved one’s ashes into a playable vinyl record, Boyce Studios makes wooden urns that double as planters, and Recompose transforms human remains into soil through a process called natural organic reduction.

For overwhelmed family members, Solace was created by 2 former Nike designers to streamline the financial and logistical burden of the cremation process. For a flat rate of $895, the company will pick up the body, cremate within 48 hours, complete any necessary filings, and return the cremated remains in a temporary urn.

No matter the object a consumer chooses, the growth of the deathcare industry is a testament to the individuality of humans and the varied ways in which we mourn. Though the world has faced staggering loss, it’s also seeing a wave of innovation in the death industry that may hopefully bring comfort to those who have been touched by it.