Using breast milk instead of formula is more than just parental preference: The CDC and World Health Organization recommend exclusively breastfeeding for the first 6 months of a baby’s life. Research shows that breastfed babies have stronger immune systems, lower rates of infant mortality, and less illness overall. But not every family can provide it — including same-sex couples, adoptive parents, and women who aren’t able to lactate. 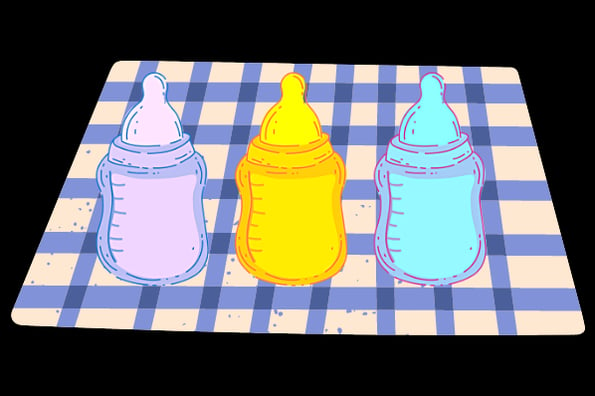 That’s where BBy comes in: The healthtech startup takes donor milk that hospitals receive and turns it into a fine powder that preserves its immunological benefits. The company then delivers the finished products back to hospitals so that NICUs are equipped with a fast, safe way to feed infants in need.

The company’s founder, Vansh Langer, saw the importance of breast milk when working on the pediatrics floor during his first year as a medical resident in 2016. Yet he also spotted issues with access and waste. 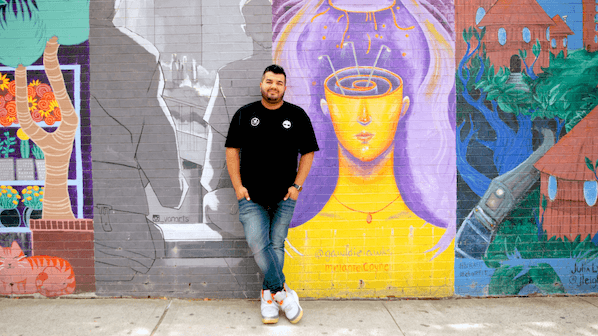 Traditionally, hospitals would freeze donor breast milk, and then thaw a bag for a single baby. Even if an infant didn’t finish the milk — which they normally would not — the rest of the bag would be thrown out to follow hygiene guidelines. Moreover, repeatedly defrosting milk is a time-consuming process.

“If there are 25 nurses working in a NICU, 3 of those nurses are probably spending a whole day defrosting milk, usually called the milk shift,” explains Langer. “That’s around 24 hours of highly skilled labor being completely wasted.”

Langer decided to step away from residency to create a solution to the problem, and founded BBy in 2017. In researching the issue, he stumbled upon a paper written by his now partner, bioengineering and food science researcher Blanca Aguilar Uscanga, on how to spray dry milk.

Spray drying is the process food manufacturers use for something like a cheese puff: liquid cheese is brought to such a high temperature that all the water is evaporated. Yet for breast milk, this practice poses an issue: the sterilization that occurs would kill its immunological benefits, defeating the purpose of using breast milk altogether.

BBy uses a modified spray-drying technology paired with an algorithm that modulates the temperature to create powdered milk that maintains its bioactivity. Langer says combining immunoglobulins (or antibodies) of multiple mothers in each batch also improves the immune-boosting effects of the milk. 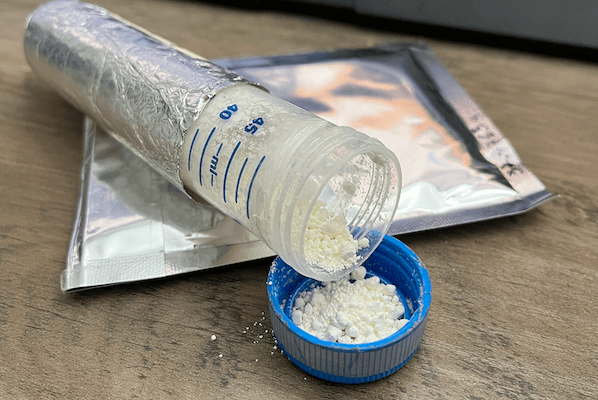 Powdered breast milk after being processed at BBy's facility. Photo courtesy of BBy.

The technology has been peer-reviewed for being able to yield safe powdered breast milk, and is being used in 20 hospitals in New York, New Jersey, and Connecticut. Langer’s pitch was simple: BBy could turn donor milk into powder in its own facility, return it to the hospital, and reduce the institution’s bottom line and nursing turnover. It can also increase patient care outcomes, which may ultimately increase a hospital’s endowment.

“We found that we can save hospitals millions of dollars a month,” says Langer.

And that calculation makes for more than just a good tag line — it’s the basis for the startup’s business model.

BBy charges hospitals based on the savings its products will provide. It first estimates savings using hospital head counts — Langer learned that the number of nursing employees at a facility usually dictates how much milk they’ll run through in a month.

It then negotiates with hospitals to get paid 10% of the total projected savings. If BBy can save a hospital $4m, it aims to get $400k back in its contract.

The company, which was accepted to Y Combinator’s Winter 2022 cohort, has plans to expand to New England, the Bay Area, and Texas. BBy aims to create new milk condensing centers in the cities it expands to, in close proximity to major hospitals.

“For any hospital-based product, if you get the big players involved, then it trickles down,” Langer says. “We’re just focused on getting right to the sources and getting where we want to be.”