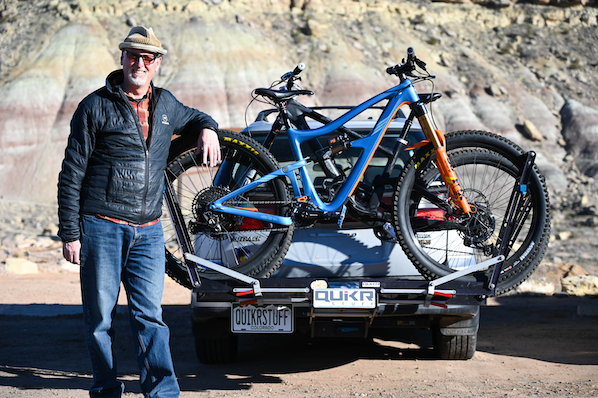 In 2015, Bryan Wachs strapped his mountain bike and skis to the roof of his Subaru and left his home in Vail, not knowing where he was headed. Newly divorced and searching for a place to put down roots, he hopped from one upper-class mountain town to another, until he realized he was searching for something more than the perfect trail.

What he found was Grand Junction, Colorado, a little city between Denver and Salt Lake with a community of entrepreneurs focused on pivoting away from environmentally harmful industries like oil and coal. He also stumbled on a niche industry on the brink of a boom: bike racks.

The bike industry is reported to have expanded 65% to $5.3B in 2021, with bike accessories alone growing 36% and accounting for $903m. A combination of factors have contributed to the rise, such as the fear of contracting covid on public transit, the growing popularity of e-bikes, and increased time spent in nature during pandemic lockdowns.

Wachs discovered his new venture where any good outdoorsman might: at REI. While shopping for a new bike rack, he was told by an employee that the best rack wasn’t carried in stores at all, but sold directly to consumers online.

After some research, Wachs found that the inventor of the acclaimed rack, Cal Phillips, had made an early exit from the company, taking his patents with him.

“On the About page of the site it said, ‘If you want to license this patent, contact me… ’ Being the crazy serial entrepreneur I am, I did,” remembers Wachs, whose previous business experience ranged from running a high-end restaurant group to founding an internet mortgage broker.

Phillips had already been working with a manufacturer, JT Westcott, to create a new brand with his patents, and Wachs saw an opportunity to hit the ground running.

With Wachs’s entrepreneurial mindset, local startup connections, and marketing experience, he secured the deal to license the bike rack patents and designs, and co-founded QuikRStuff with Westcott in January 2020. The duo inherited a waitlist of 6.3k customers from Phillips — to whom they still pay royalties for the patent — and converted 4.1% into paid preorders to fund the beginning stages of production.

The onset of the pandemic 2 months later brought production to a screeching halt, but it also caused an uptick in bike sales, a trend that continues to create more customers for the company.

Here, Wachs lets us inside his business — and his wallet — and breaks down average monthly expenses, salary, revenue, and more.

Each month, Wachs keeps his cash on hand constant for himself and his business, never dipping below:

With high demand for the product, Wachs spends modestly on marketing efforts, including the fees for one marketing contractor along with email list sends, blog posts, and organic social posts: 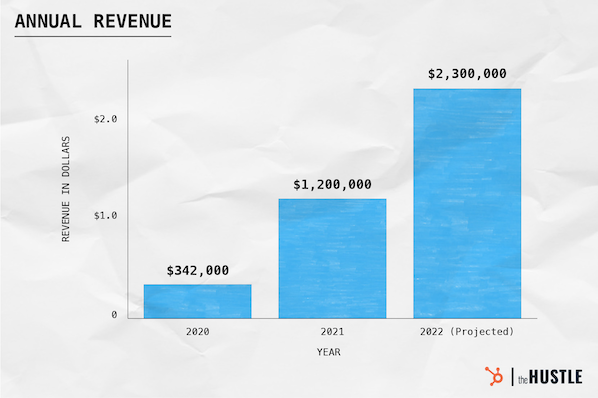 Wachs calculated $2.3m in projected 2022 revenue based on planned production runs and current demand for his racks. QuikRStuff has a waitlist of more than 10k orders, so the founders expect to sell 100% of the units they produce this year.

The only thing standing in the way of an otherwise ideal business scenario: supply chain issues. The aluminum used to make the company’s bike racks has become increasingly hard to come by, and when it is available, it’s more expensive.

Wachs says they recently got word that the price of the material has gone up 23%, a spike that means the business will have to increase the cost of the product. When QuikRStuff began, its Mach2 rack sold for $499. Today, it’s listed for $599.

While the material shortage is challenging, Wachs says today’s customers are more educated and can understand his business model and supply chain issues. He points to Kickstarter for normalizing the concept of paying upfront for a product that is being produced later, and the pandemic itself for shedding light on supply chain issues and bringing transparency to unavoidable price hikes.

And by licensing an existing patent, QuikRStuff is able to deliver a superior product that already incorporates years of Phillips’s data-gathering and improvements.

“After almost 15 years of selling that product, Cal heard enough feedback from customers — it’s gotta be toolless, lightweight, modular,” says Wachs. “We were the benefactors of 15 years of customer feedback.”

Within the next year, Wachs plans to expand the brand’s product range, adding ski racks and luggage racks to the lineup.

The community is taking note of the brand’s performance — QuikRStuff is a finalist for the 2022 Colorado Companies to Watch award.

As for his long-term goals, Wachs is committed to his adopted home of Grand Junction. He co-founded a local startup week with Techstars and is working on getting a TEDx conference started in the area. For him, entrepreneurship is key to bettering the community and the environment itself.

“I’m helping to get these things going that you need for a diverse, thought-driven community,” says Wachs. “There’s a lot of intelligence and forward thinking happening here about how we can pivot from extractive industries like oil, gas, and coal.”

All in all, Wachs’s current monthly spending totaled: 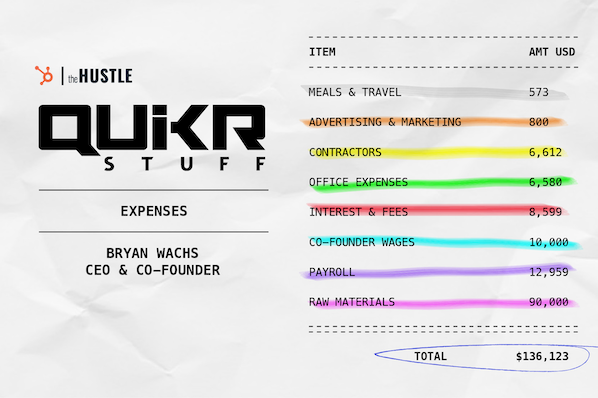 If you're willing to let us into your wallet and share your receipts, we want to hear from you. Answer a few quick questions and you could be featured in The Hustle.