Sneakers You Can’t Wear: The Rise of Metaverse Fashion 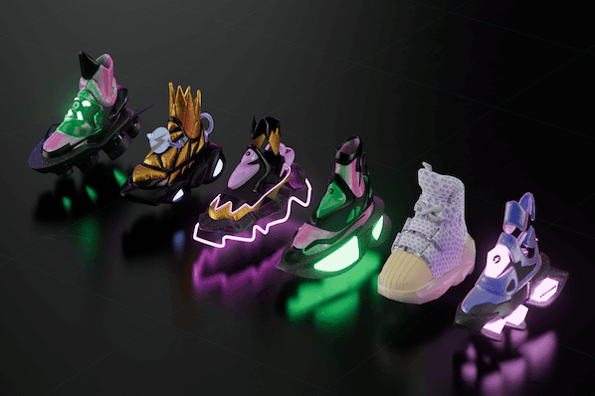 No, you’re not dreaming; you’re in the metaverse.

Space Runners, founded in 2021 by Deniz Ozgur and Won Soh, is the metaverse's first fashion brand. The startup sells fashion NFTs and offers its own virtual world — Spaceverse — along with augmented reality features, so users can play games, shop, and try on virtual items.

Its first NFT drop, which sold out in nine minutes, included 10k sneakers designed in collaboration with NBA champions Kyle Kuzma and Nick Young. The company has raised $10m in seed-round funding from VC groups and angel investors like Twitch co-founder Justin Kan.

The metaverse fashion industry could reach $50B by 2030, and expand luxury fashion’s total addressable market by more than 10%, according to Morgan Stanley. As the popularity of virtual fashion booms, legacy brands and budding startups alike are hopping on the train.

There are Web3-first brands, like Cult & Rain, which makes sneaker NFTs paired with real-world, physical items. Its first drop had 2k animated NFTs that could be redeemed for an identical pair of luxury sneakers. DressX, a virtual fashion store whose motto is “don’t shop less, shop digital fashion,” carries nearly 300 digital fashion brands.

Last December, Nike acquired RTFKT, which sells NFT clothes and shoes. The startup, which was valued at $33m, has reeled in $185.3m for its parent company as of August 2022.

Gucci also joined in on the rush with its virtual NFT collection Gucci Vault. Recently, it went “phygital” with a hybrid of physical pop-up stores offering items that each have a NFT twin.

Virtual runways are no longer just a marketing gimmick; they can be a source of financial boost for fashion brands. Dolce & Gabbana, a firm entangled in controversy, set a record when it auctioned off a nine-piece NFT collection for a staggering $5.7m in September.

The first Metaverse Fashion Week, launched in March 2022, boasted NFTs from DKNY and Tommy Hilfiger to Paco Rabanne and Etro. Space Runners itself was an official partner of luxury brand Balmain’s annual festival in Paris.

Even Vogue, the longtime authority on all things fashion, has an NFT tracker that updates weekly and highlights the notable happenings in the virtual fashion space.

For digital collections, designers create a number of different skins (the term for articles of clothing in the gaming industry) and use simple code to generate tens of thousands of permutations. Each combination of skins is unique, resulting in NFTs that are one of a kind, an attribute that’s top of mind for collectors.

While traditional fashion has long been obsessed with rareness and exclusivity, Rohan Chhabra, Space Runner’s creative director, says the large quantities of NFTs in each drop are a deliberate aspect of product releases.

“The idea is to actually create a sense of community,” he says. “The reason we create 10k is so that we can have a larger community who owns the NFTs; there’s a certain sense of belonging and a shared experience that our community members can hold together.”

“By sharing some degree of ownership, you give up some value early on,” says Kominers. “In exchange, the community is incentivized to invest in growing the brand.”

Instead of having regular consumers, the company can rely on a community of brand enthusiasts, enabling its long-term staying power.

Dan Wallace-Brewster, a senior vice president at ecommerce solutions firm Scalefast, says consumers experience the same rush shopping in the metaverse that they do buying off the shelves in traditional stores.

“For that reason, customers are going to be more and more accepting of things that make them feel good in a virtual space,” he says.

The numbers back it up: Spending on virtual products reached an estimated $110B in 2021, with 30 percent of that attributed to virtual fashion. Fashion companies could generate more than 5 percent of revenues from virtual sales within the next two to five years, per McKinsey and Business of Fashion. 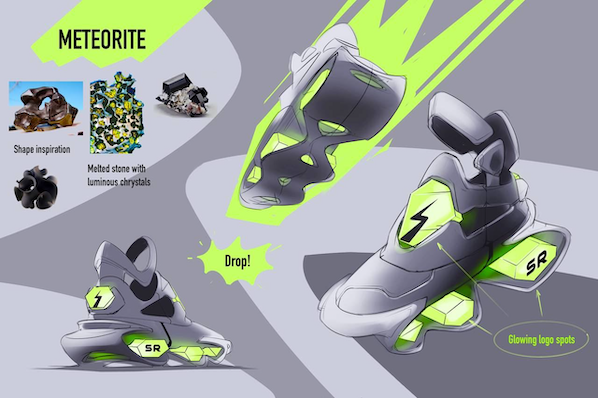 In Space Runners’ futuristic metaverse, every piece of clothing is painstakingly designed and curated by Rohan Chhabra. The fashion designer worked at major brands like Ralph Lauren and Nike for 13+ years before making the jump in December 2021.

“I got really sucked into [NFTs] because of how amazing blockchain technology is. I read more about it, heard a lot of podcasts, and tried creating my own NFT collection. One thing led to another, and I started working for Space Runners.”

When leaving Ralph Lauren — the epitome of the American legacy brand — to become a metaverse fashion designer, Chhabra left many confused peers in his wake.

But the allure of endless creative freedom is enticing. Unlike traditional designers, Chhabra doesn’t have to make the customer comfortable. Fabrics can’t be too hot or cold on the skin. Itchy wools and stiff denims don’t exist. Waterproof material isn’t needed — water in the metaverse isn’t wet. Construction doesn’t matter either — the clothes don’t need to be sewn.

In this new world, nothing matters except style.

“We’re in this phase now where we are starting to learn the power of having no limitations. It’s only going to get crazier — metaverse fashion will start to influence street fashion. In a few years, you won’t be able to distinguish between the two,” predicts Chhabra.

More are joining Chhabra in making the jump. James Gaubert, founder and creative director of digital fashion house Republique, took the helm after a career as a designer and stylist at brands like Bulgari and Louis Vuitton.

At Stockholm-based NFT marketplace Roya, fashion designer Johan Lindeberg has also made the switch from fabric to pixels.

Some young designers are circumventing traditional fashion careers and diving into virtual design off the bat. One designer, Samuel Jordan, made $900k in sales in 2021 from creating and selling virtual accessories, like hats and earrings, on online game platform Roblox.

New job postings for metaverse and NFT-focused positions from brands such as Nike and Disney hint that this might just be the beginning. 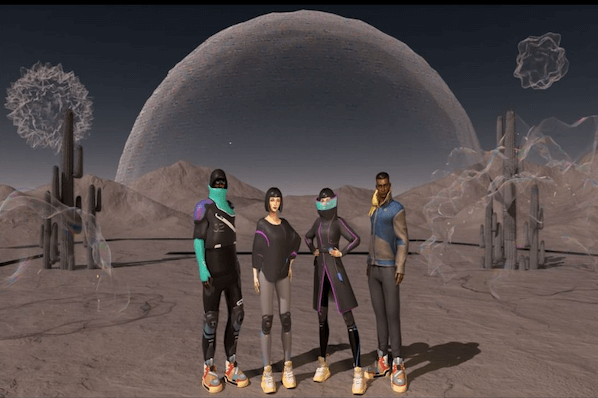 In a world where manufacturers and retailers generate 13m tons of clothing waste per year, and the fashion industry overproduces products by 30%-40% each season, virtual clothing could be a step toward reducing excess.

Companies could gauge interest based on consumer response to NFT drops, then adjust the quantities of productions. Though NFTs themselves have been called into question for their role in heightening carbon dioxide emissions, they could alleviate many of the biggest pain points today’s brands are facing.

A NFT shirt isn’t reliant on multiple supply chains and doesn’t require room on a rack in an expensive brick-and-mortar store. It can’t be stolen, so there’s no need to hire security. Its price isn’t affected by rising material costs.

It doesn’t even require a large team of people (designers, factory workers, truck drivers, etc.) to make it — designers can use code to generate thousands of NFTs from a handful of designs.

Wallace-Brewster describes the adoption of the metaverse as a candle burning from both ends — and quickly. From one side, millennial and Gen Z customers are tech-savvy and quick to adopt new ways of consuming.

On the other hand, older generations trust the legacy brands they’ve worn all their lives. When big corporations like Coca-Cola or Walmart enter the metaverse, they bring with them longtime customers who might never have tried Web3 products otherwise.

The tech is also evolving to bring everyone into the new reality. The worldwide market for augmented and virtual reality headsets grew 92.1% year over year in 2021 with 11.2m units shipped, and the virtual reality devices market is predicted to hit $13.28B by 2026.

Plus, the pandemic drastically accelerated society’s acceptance of gathering online to not only work but also to socialize, play group games, or even connect with new people. Kominers notes that increased time spent in digital spaces will accelerate the acceptance of technology like the metaverse.

But widespread adoption of virtual worlds is still a ways away. NFTs of high-end items will be up against a unique challenge in the metaverse: The craftsmanship and materials previously used by luxury brands to differentiate themselves will be inapplicable in a virtual world.

And for digital goods to become an ingrained part of society, their attainment would need to become equitable. Wallace-Brewster says a large part of this is how accessible high-speed internet becomes around the globe, which would be followed by consumer adoption and, ultimately, the willingness to pay.

Chhabra, who sits at the precipice of that tipping point, knows the power he holds. “It will become a necessary evil,” he says of the metaverse.

“Evil, because it does take you away from that physical interaction. It has an impact on what creates your memory — the smell, the senses, everything. That’s something we could miss, and as we progress into this technology, it’s our responsibility to create a future which is considered, positive, and skillful.”