In an increasingly volatile world, companies are stepping in to make security devices more accessible for women. 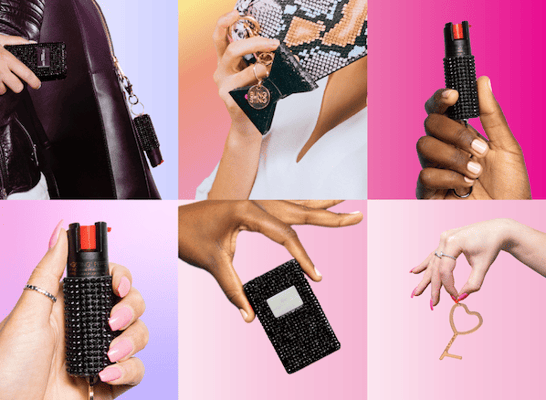 If you’ve never walked hurriedly down a dark city block clutching your keys between your fingers, headphones off, head swiveling — consider yourself lucky. The World Health Organization estimates that 1 in 3 women globally have experienced violence in their lifetime, and the number of hate crimes reported in 2020 were the highest they’d been in 12 years, according to FBI data.

To alleviate fears about personal security, some businesses have sprung forward to make safety devices like alarms, pepper sprays, and even escape hammers fashionable and easy to use, giving women more ways to protect themselves.

She’s Birdie, launched by sisters Amy Ferber and Alison Peters, produces personal safety alarms in a variety of bright, candylike colors. When the top of the device is pulled off, it activates an alarm and a strobe light. The alarm can be reused as many times as needed, and hangs off a keychain so it can be easily attached and carried.

Ferber and Peters were moved to do something about women’s safety after they each had a child become a victim of assault. When their nieces and nephews started going off to college, the sisters wanted to ensure their family members stayed safe. They settled on creating alarms due to their proficiency.

“An alarm is intended to get eyes on you in a situation when you want people to recognize what’s going on,” says Ferber. “If you’re using pepper spray, you need to be much closer to a person, and most people we talk to who’ve purchased pepper spray are afraid to use it.”

For product development, the founders had their kids in mind every step of the way.

“We were really focused on creating something that was aesthetically pleasing,” says Peters. “We needed something our kids would actually carry.”

In 2022, She’s Birdie is rolling out a new subscription-based model and live safety features. The updated devices boast Bluetooth connectivity, allowing for real-time location tracking and 24/7 call support. Users can push a button to send their location to contacts of their choice, stay on the phone with a support specialist, or even trigger a fake call to help them more easily exit uncomfortable situations. 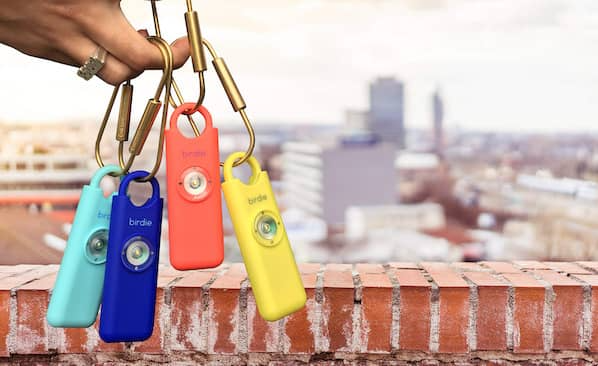 For those who want to be ready for more physical forms of defense, BlingSting offers bedazzled stun guns and pepper spray to ward off attackers.

BlingSting’s founder, Andi Atteberry, was given her first pepper spray in college by her protective father. But the device ended up in her junk drawer rather than her purse.

“We knew they were important devices to have, but they were uninteresting so we didn’t carry them like we were supposed to,” says Atteberry. “My mom is a girly girl and loves pink and sparkles, and we started thinking, why isn’t pepper spray cute so we can actually be excited about it?”

A decade later in 2014, BlingSting began manufacturing jeweled, hot pink self-defense devices. The company now offers a wide range of products, including canes with alarms and escape hammers that can break car windows with a tap.

Its products have proven staying power: BlingSting’s sales growth rate has compounded over 40% per year for the last 7 years. The firm surpassed $4m in revenue in 2020 and projects to reel in $6m+ in 2022.

Atteberry says their secret sauce is simplicity paired with aesthetics — she never creates devices that have too many features or are too hard to use. She also puts a high standard on quality — and when it comes to personal safety, that really matters. 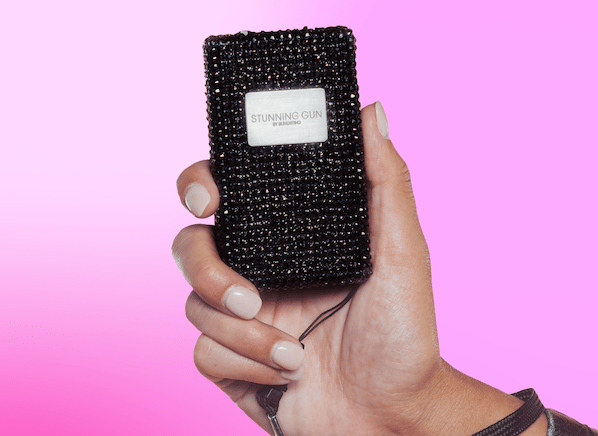 “Not all escape hammers are created equal,” explains Atteberry. “Some don’t even work that are out on the market; they won’t actually break a window. And with pepper spray, formulation is very important.”

More businesses have entered this growing space, with the personal alarm market alone expected to reach $250m by 2027 with a compounded annual growth rate of 18%.

Companies such as invisaWear and Flare make personal safety devices disguised as jewelry so women can stay secure discreetly. More are producing pepper sprays, like Kuros, or alarms, like Basu.

Whatever the product, brands are striving to make personal safety devices better looking and easier to use and carry so more customers feel comfortable defending themselves.

And it’s working: “We wanted She’s Birdie to be something cool, modern, and clean that you would carry on your keychain or outside your bag, not hide at the bottom of your backpack,” says Peters. “We have sold more than a million units, and each of those is a conversation about safety.”