The Startup Bringing Anonymous Support Groups to the Masses

For his first 30 Alcoholics Anonymous meetings, Nate Tepper didn’t say a word. Tepper joined AA during the pandemic and went to virtual meetings, kept his camera off and stayed quiet, until the day he finally felt comfortable sharing. 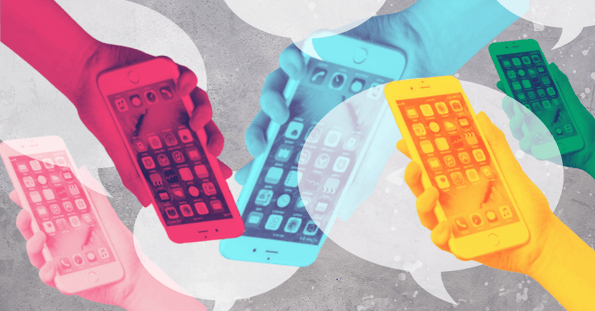 The experience was transformative, and Tepper realized the immense value of being in a space with like-minded peers, even when remaining anonymous.

“That led to the ‘aha!’ moment,” he recalls. “What if the frameworks from AA could be applied beyond addiction to improve the mental health of everyday people across communities?”

His epiphany spawned Humans Anonymous, an audio platform launched in August 2022 that offers support groups where people can share their experiences anonymously. It has 500 beta users in two communities (Founders Anonymous and ADHD Anonymous), and a 10k waitlist for Nurses, New Moms, Teachers, Infertility, Creators, Anxiety, Athletes, and, most recently, Layoffs.

Layoffs Anonymous was Tepper’s response to the mass tech layoffs that have affected 143k employees this year. The community aims to be a safe place for workers to share their emotions and hear from others going through similar hardships.

The app allows users to join weekly 30-minute sessions, in which each attendee has three uninterrupted minutes to speak (you’re also welcome to simply listen).

Mirroring the AA rules about “no crosstalk,” the platform mutes other participants while someone is speaking, and users can virtually raise their hands to talk next.

While there is no mental health professional present — an intentional decision to make the platform peer-to-peer only — Tepper says his team moderates each session to make sure there’s no inappropriate behavior.

Between weekly sessions, users can communicate via one-on-one direct messages. Though this feature has only been active in the beta groups for three weeks, it has seen exceptional engagement.

“What we’re seeing is that people want to be friends, meet each other, and have a real community,” says Tepper.

Existing options in the sector — which Tepper calls “community-based care” —– were outdated solutions without digital applications, such as support groups with a mental health professional and 10 attendees in a room.

Those traditional options can often run attendees nearly $100 per month, per Tepper. Once Humans Anonymous is live, users can attend three meetings for free before paying a subscription fee of $5 per month or $50 per year.

And investors are betting people will pay for the service: Humans Anonymous has raised $1.9m from VC firms and angel investors. Overall, global funding for mental health tech startups reached $5.5B in 2021, a 139% increase from the year prior.

In a burgeoning field, Humans Anonymous maintains the “something for everyone” approach of social media networks like Reddit or Facebook gGroups. Rather than traditional support groups that center around mental health conditions, Humans Anonymous is tied to experiences and identities, appealing to a broader range of users.

“We’ve found that people want to be a part of a community they positively identify with,” says Tepper. “People feel proud to be founders or teachers, but they’ll use the group to talk about their depression or anxiety.”

Paired with a completely anonymous, virtual experience from the comfort of your phone, Humans Anonymous has a low barrier to entry for those who want help — or for those who don’t even know they need it.

Humans Anonymous can be preordered in the app store now, and it aims to begin opening communities to the public in early 2023.