When Justine Palefsky and Tasneem Amina both worked at real estate tech company Opendoor, they each — unbeknownst to the other — approached the CEO with the same idea to solve a common problem. 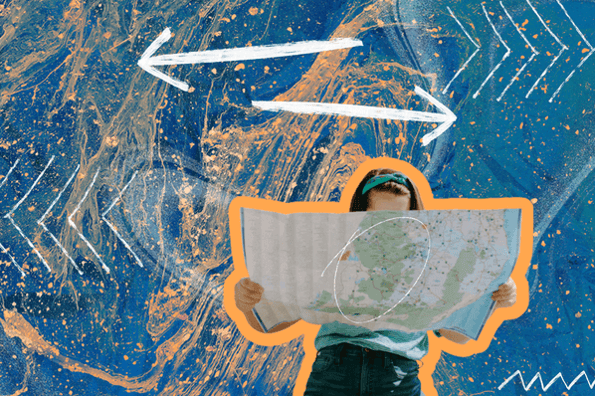 The issue was simple: Traveling can be prohibitively expensive, dissuading people from living more flexible lifestyles. Plus, people’s largest assets — their homes — were sitting idle while they overpay for hotels.

Upon connecting through their CEO, Palefsky and Amina decided to build a product that would alleviate those pain points and make travel more accessible. In 2021, they founded Kindred, a members-only home-swapping app that allows users to visit homes around the country.

To apply, members answer a short questionnaire about themselves and their home, and share photos and videos of their spaces. They are then vetted and possibly accepted by Kindred on a rolling basis. Once accepted, they pay a $300 annual membership fee to swap on the app.

Kindred also sends photographers to each property once it’s approved to take high-quality photos to enhance the app browsing experience.

The app is currently in beta testing with an invite-only model for new members in the US. It has a waitlist for other interested users, and plans to eventually open the applications up to the public. So far, 6k users have applied to join, and the company has raised $7.75m in pre-seed funding.

For now, the founders are trying to find swaps between people who have something in common, and meeting face to face (via a Zoom call or by sending videos to one another) is required before swapping.

“We prioritize matching folks who have mutual friends, went to the same school, worked at a similar company, or have a similar job,” says Palefsky. “We want it to feel really human and more like a social interaction than a financial transaction.”

Trust is inherent to Kindred as every user has skin in the game. Members can either do a direct swap, where they switch houses with someone for the same duration, or they can swap for credits and let someone stay in their home while they are away (Palefsky says around 80% of swaps are nonreciprocal).

Members earn one night of travel for any home on the app for each night they host a member in theirs. All homes are created equal in the eye of the Kindred credit system: whether it’s a studio in Manhattan or a house in Seattle, you still earn the same credit per night.

“Very often, members are not comparing how nice their home is versus how nice your home is — they’re comparing it to what the alternative accommodation and price would be for that location,” says Palefsky.

The founders also say Kindred differs from Airbnb, the closest existing model, both with the trust-based process of swapping and in the services they provide to alleviate some common issues with short-term rentals.

Kindred ships out a welcome kit to new members with guest sheets, towels, toiletries, and a lockbox, and works with vetted cleaners who can help set up the house for guests and clean after their departure. Though the vetting process and trust-building culture may eliminate many risks of renting out your home, Kindred provides an $100k host protection insurance policy to members.

The app also offers a concierge service that starts a group chat between the concierge and both parties involved in the swap to facilitate the trip and resolve any issues.

In the immediate future, the founders are prioritizing refining the tech for better home recommendations within the app. Plus, the company has plans to expand beyond the US in the coming year: Next stop, Europe.