Last year, Adobe announced it had entered a definitive agreement to acquire Figma, the newest leader in web-first collaborative design, for a total of $20 billion. 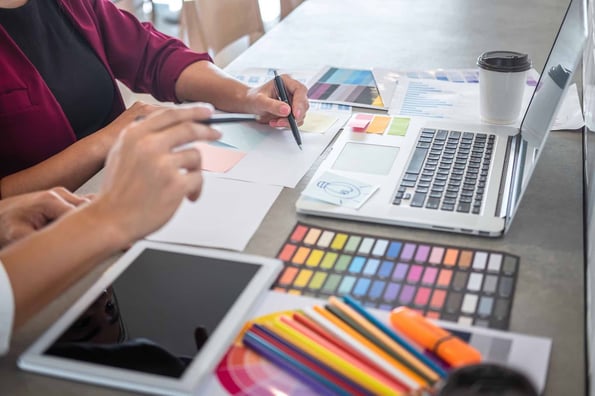 Adobe’s mission is to change the world with enhanced digital experiences, and Figma seeks to make design accessible to all with visual collaboration. These two companies combined have the power to change the UX design space from here on, but how will they fare after the acquisition is complete?

Keep reading to see why this acquisition matters and what’s next in the world of collaborative design.

Figma is a cloud-based design tool with collaborative features. With Figma, multiple designers can work in one online space. These designers can also collaborate more easily with clients on the platform.

Founded in 2012 by Evan Wallace and Dylan Field, Figma is an effective collaborative design tool with a scalable developer ecosystem. It’s easy to use, comes packed with design tools that every developer needs, and makes work easier for remote teams. 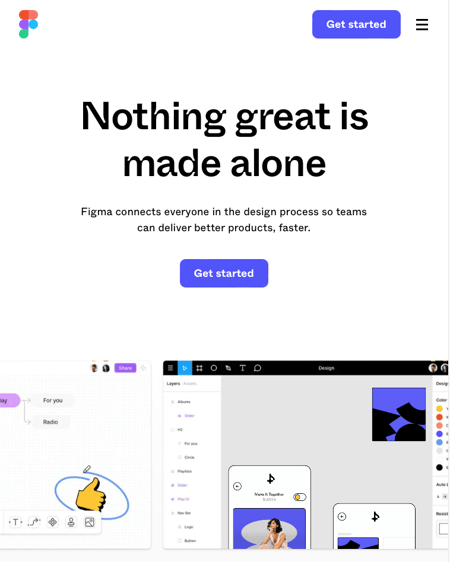 Figma runs on any computer, allowing users to collaborate across various platforms. Teams can share the same designs between PC, Mac, or Windows.

The browser-based interface is similar to collaborating in Google Docs in real-time, with clickable avatars highlighting what other users are working on. This helps avoid the dreaded design drift and keeps teams on the same page, figuratively and literally.

With remote and hybrid work proliferating, Figma gained significant popularity during the Covid-19 pandemic. Now, its products are used by over 4 million designers around the world.

The company’s last round of funding led by Durable Capital Partners ended in a valuation of $10 billion, a far cry from the $20 billion that Adobe plans to pay for it.

Inside the Adobe Bid

Although Figma has yet to establish itself as a clear competitor against design giant Adobe, the company is expected to add $200 million in net new APR in 2022. Figma is expected to gain a total market share of $16.5 billion by 2025.

Meanwhile, Adobe hit a new record high of $4.43 billion in revenue in Q3 of 2022. However, Adobe XD’s offering with features most similar to Figma has not been a highlight of their income.

Adobe’s core business growth has been slowing, as new generations of design tools water down the market. So, Adobe had many reasons to consider the acquisition of up-and-coming Figma.

The acquisition enables Adobe to grow through another avenue where they have yet to see success. Their design product Adobe XD has not been as popular as Figma’s offering, and Adobe has not invested as much development into the product as their other tools.

The Figma acquisition also ensures solid profitability for Adobe. Figma boasts a 90% gross profit margin and a 150% net dollar retention rate, some of the best numbers in the industry. This can benefit Adobe in financial terms.

Plus, Adobe has been looking for new ways to extend its cloud platform. Many of Adobe’s tools were only offered as local software until fairly recently. But with huge consumer demand for web-based experiences, the acquisition of Figma will put them in a position to gain even more market share.

Forrester senior analyst Sheila Mahoutchian said that Adobe was “late to the game” when it comes to enabling full-featured, browser-based, real-time design tools. Figma can help close the gap.

Plus, Figma has already made its way into the tech stack of companies such as Kimberly-Clark, Microsoft, Airbnb, Salesforce, and BP.

For these reasons, Adobe has agreed to acquire Figma for $20 billion, half cash and half stock. An additional 6 million restricted stock units will also be granted to the CEO and employees of Figma that vest over four years after the deal closes.

Dylan Field, co-founder and CEO of Figma, will continue to lead the Figma team while reporting to the president of Adobe’s Digital Media segment, David Wadhwani. Each company will continue to operate separately until the tentative close in 2023 after regulatory and stockholder approvals. Adobe expects the bid to be paid with cash and a term loan if necessary.

This will be the largest bid that Adobe has made to acquire an existing company. The second largest acquisition was Marketo, worth $4.75 billion in 2018. But why pay $20 billion for a company only valued at $10 billion?

Although it will likely be several years before Adobe sees a boost in its annual earnings from acquiring Figma, sales growth is expected to accelerate immediately. Figma will also give Adobe a larger platform with deeper reach in hybrid and remote work niches.

If Adobe can avoid logistical issues and unexpected problems that commonly arise during mergers and acquisitions, the purchase can deliver substantial returns for investors and the organization.

Did Adobe Make the Right Move?

Many analysts agree that this was a stellar move for Adobe to position itself as a market leader as the world of work and digital experiences continue to evolve.

Adobe also has a successful history of acquisitions that include big sellers like Photoshop, Macromedia, After Effects, Omniture, Marketo, and Magneto. All of which have contributed to the growth and persistence of the graphic design powerhouse.

Professional designers of today require more advanced collaboration capabilities, simple prototyping, and untethered shareability, all of which they can have with the help of Figma. And while Adobe provides the foundation for digital designers, its desktop-bound tools simply won’t cut it.

Limited communication makes innovation slow and reworks inevitable. But real-time web-based collaboration solves those problems. Now Adobe will be able to offer designers the tools they need to succeed in an increasingly cloud-based environment and collaborate effectively with non-designers.

The Figma acquisition raises many questions about how designers will work with Adobe, whether or not they will have to switch from a Figma account to an Adobe account, pricing changes, and usability. Let’s dive deep and find out why this acquisition matters right now.

Before the world of digital-first innovations, tech tools were siloed into very limited accounts, with only a few features for each design tool. This required designers to own several software tools to create, deliver, format, and collaborate with their peers.

Designers who were assigned a deliverable to create typically would have to go off on their own, create it, and bring it back to the client as a final deliverable.

Now, deliverables are assets that evolve and change as quickly as changing customer sentiments on the other side of the equation. There is a shift in the user experience arena toward shorter timeframes and more input from various stakeholders. Designers must carefully balance stakeholder requirements with customer needs in rapidly evolving industries.

Today’s design firms want to drive most of a brand’s interactions through digital experiences rather than price differentiations across the market. But these rapid design changes can’t happen overnight unless disparate teams can collaborate on designs in real time.

That’s why this acquisition is so important.

Adobe has been a leader in graphic design since its inception in 1982. But its per-device nature no longer meets the expectations of design teams. Figma, on the other hand, offers designers a first-class experience with full design features, collaborative abilities, and shareability, all in real-time, right from your browser.

Figma’s cross-functionality makes it easy to share designs with stakeholders and decision-makers and get their input without having to track down emails. When these two companies combine, designers can continue using time-tested Adobe tooling with the added benefit of Figma’s cloud-based qualities.

Some experts aren’t so sure that the acquisition will have as big of an impact on the design space as others seem to think. According to IBM’s distinguished design executive Oen Michael Hammonds, investments like this happen frequently, and if it weren’t Figma nipping at Adobe’s heels, it would be another organization.

“Designers need to be resourceful and growth-minded when these tooling shifts happen. They happen a lot,” Hammonds says. “Either next week, next month, or a year from now, someone else will come out with the next best UX thing, and this cycle will start over again.”

Other experts can’t help but wonder if the acquisition will limit the creative prowess that Figma has displayed.

“There’s a chance that Figma will not continue to develop at the rate that it has been, or that Adobe will force-fit it into their ecosystem like a square peg in a round hole. Let’s hope not,” says Tony Brinton, founder and principal at Brinton Design. “It would be interesting if Adobe looked to Figma’s technical foundation as the new ground zero for Adobe’s ecosystem. A fresh start, perhaps?”

What Designers Need To Know

Designers using Figma love it for its speed and simplicity. Most, if not all, UX designers typically start with Adobe Creative Cloud.

Many design firms require their designers to have Adobe certifications that prove their competency in certain design areas. But the usefulness of the legacy suite of design tools is dwindling in an industry that depends on collaboration to realize successful outcomes.

Users know that Adobe is prone to put an acquired product on center stage, meaning that Adobe will probably move XD aside while the company focuses on growth based on the Figma release. Adobe plans to integrate features of its other products into Figma’s platform, strengthening the offerings of both platforms.

Figma users that are used to the web-based tools might not have as much of a learning curve as those without any experience using its design features. But both Figma and Adobe users should probably start getting acquainted with the other set of tools so they are not entirely lost when the acquisition is in full swing.