What Is a Back-End Developer?

Every website you’ve visited can be split into two parts: the stuff you see — including pages and content — and everything else you don’t. 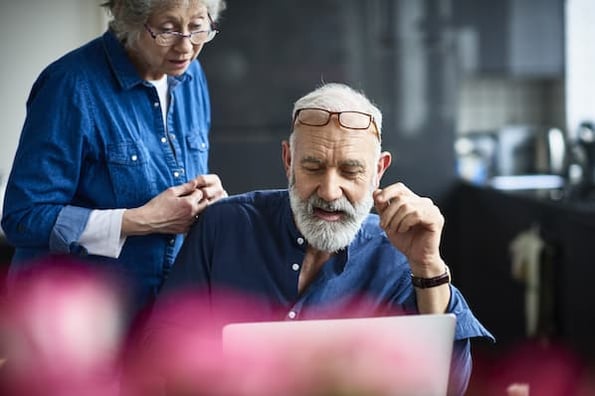 In the tech world, we call this the “front-end” and the “back-end” respectively. People who work on these components would be called “front-end developers” and “back-end developers.” Creating both the front and back-end of a website comes with its own challenges, but one can’t exist without the other.

If you’re more interested in the unseen part of websites — the part that keeps everything running — you might consider pursuing a career in back-end development. And there’s never been a better time to do so: According to the U.S. Bureau of Labor Statistics, the role of “Web Developer” is expected to increase by 13% from 2020 to 2030, well above an average of 8% for all occupations.

In this guide, we’ll unpack the role of the back-end developer in website development. We’ll explain what these developers are responsible for, what their day-to-day looks like, and what skills you’ll need to have a fruitful career in this field.

What is a back-end developer?

In web development, a back-end developer is responsible for building and maintaining the back-end of a website or web application. The back-end consists of all typical components a typical user does not interact with — including databases, servers, application logic, and APIs. Back-end developers create this infrastructure and work to ensure these components function properly.

What is back-end development?

So, what does the back-end look like? Nothing, really, at least not to the user. However, the back-end is always chugging along behind the scenes to power the front-end experience for visitors.

Take this blog post, for example; how did this front-end get to your computer in the first place? The text, image, and code files for this post are stored in a database on a HubSpot web server. When you (or, to be exact, your browser) request to view this web page, that request gets sent to the server. The server then “serves” those files to your browser. This is the back-end at work.

When you submit a form, that data gets stored in an organized database, accessed to send you an email. These operations are also part of the back-end and thus the responsibility of back-end developers.

This is the gist of back-end development: fielding user data from the front-end of an application, storing it, performing a variety of operations on this stored data, and sending data back to the front end. Back-end developers come up with the solutions and write the code to make all of this happen.

Still confused? Here’s a helpful video to illustrate how the back-end works.

Back-end development is also called “server-side” because its code executes on web servers, powerful computers built to store a website’s files and run its code. This is in contrast to “client-side” code, which runs in users’ web browsers and is written mostly by front-end developers.

How much does a back-end developer make?

A back-end developer’s salary highly depends on where they’re working from. But generally, people in this profession can expect to be well compensated. Back-end developers are highly sought after and expect to make around $95,000 on average per indeed.com.

What does a back-end developer do?

Back-end developers build, maintain, and debug the back-end that runs an application. As you might imagine, this is a large responsibility that can be broken down into many tasks. Depending on the company, a back-end developer will be responsible for some, most, or all of the following:

Front-end developers build and maintain the front-end of websites and applications, the interface that users view, click, etc. This includes text, images, videos, menus, navigation, and other interface components. Back-end developers work in the back-end of websites and applications. They configure and maintain the invisible aspects like servers, databases, and logic that control the application.

However, these roles differ in their areas of expertise: While front-end developers primarily code in HTML, CSS, JavaScript, and their associated frameworks, back-end developers specialize in server-side programming languages like Python, Java, and PHP. Although in today's industries, you can find any of those languages in use on either side of the spectrum.

Ultimately, the front-end team aims to make the interface engaging and accessible while the back-end team builds out the application’s invisible infrastructure to support the front-end.

Here’s a helpful video going over some of the differences in detail:

We’ve discussed what back-end developers do, but what do they need to know in order to do it? In this section, we’ll cover the key skills to look for if you need to hire a back-end developer or become one yourself.

Developers employ a variety of web development languages in their work to manage servers, databases, and application logic. Here are the key ones:

Python is a general-purpose programming language commonly used to build the back-end of software programs and web applications. A flexible, user-friendly, and powerful language, it’s one that all back-end programmers should at least familiarize themselves with.

Python is easy to learn and implement and is high-level, meaning the code is readable by humans, and you generally have to write less than low-level languages. Its syntax is relatively simple and logical to read. There are many libraries for adapting Python to any need, including server-side functions and data visualizations.

Thanks in large part to its low learning curve, Python is one of the most widely used programming languages among developers today — it’s currently tied with Java in second place. So, what’s Java?

Java is another general-purpose programming language often used in the back-end of application development. It was built to be deployable across a wide range of environments and is flexible enough to support complex, high-performing software projects.

Java is harder to learn than Python and often more code-heavy in implementation. Even still, it’s powerful and intuitive once you’re comfortable with it and is another must-know for back-end developers.

PHP (Hypertext Preprocessor) is a server-side programming language, often used to create dynamic websites that change content based on the user or browser requesting the page. PHP dynamically constructs web pages on the server from database content. This process is the opposite of static web pages, which are stored on servers in their entirety and look the same to all visitors.

PHP powers millions of websites globally and is another relatively easy server-side language to pick up by beginners. It’s also one of the main languages of WordPress, the most popular content management system today.

Of course, there are many other programming languages out there that back-end developers might prefer. Other popular options include Ruby, a high-level language for quickly building web and mobile applications, C, a lower-level language (as well as the most popular language currently), and .NET, a framework developed by Microsoft for building websites and web apps.

In addition, a back-end developer may utilize programming languages specifically for database management, such as SQL or JSON.

While it’s true that back-end developers spend most of their time working with server-side programming languages, understanding the fundamentals of front-end languages will prove valuable when working on web-based projects. These three front-end languages are HTML, CSS, and JavaScript.

HTML (HyperText Markup Language) HTML sets the content (text, links, and media) and structure of web pages. Almost all web pages are built with HTML, and their files end with the extension .html.

CSS (Cascading Style Sheets) Without CSS, the internet would be a pretty boring place — every page would simply be walls of unstyled text and images. CSS also helps make page content responsive for different devices and screen sizes.

JavaScript (often shortened to JS) Developers use it to control animations, update the page content dynamically, and execute scripts on web pages (without consulting the back-end).

An understanding of these languages will make collaborating with front-end developers and designers much easier and may help in diagnosing problems that involve both front-end and back-end resources. They’re also useful career skills to have in general, especially if you want to pursue design or full-stack development.

A big part of the back-end developer’s job is pushing data into or pulling data from the application’s database, so knowledge of modern database technologies is essential.

By contrast, non-relational databases (also called NoSQL databases) do not store data points based on their relationships (though the data can still be related). Instead of tables, non-relational databases structure their data with Extensible Markup Language (XML) and/or JavaScript Object Notation (JSON). Knowledge of NoSQL database programs like Redis and MongoDB can be useful on the back-end in addition to SQL.

Back-end developers write programs to run on servers. You should be familiar with common server software like Apache, Nginx, Microsoft IIS, and the Linux operating system. You’ll also need to understand how web servers receive and process requests for web pages, how they store data, and at least the basics of how to keep them high-performing and secure.

An application programming interface (API) is a set of definitions and protocols that allows two applications to interact and share data with each other. An API works by fielding requests from external applications, then responding by fulfilling the request. This request may be to retrieve or modify some set of data in the API’s database.

Any time you see one web app’s technology used on another, APIs made it happen. Apps like Facebook, YouTube, Google, or Spotify make much of their data accessible through public APIs.

There are many APIs in use today, the most popular being REST APIs. To work in web development, you should be equipped with an understanding of REST APIs (and possibly SOAP APIs too). This technology connects not only separately owned applications but internal back-end services as well.

Unlike other skills, data structures and algorithms are more conceptual than concrete technologies, but they’re hugely important. A capable back-end developer needs a solid grasp of these areas to be effective in their role, which is why they’re included in computer science academic curriculums.

A data structure is a way to organize data in a computer. Common data structures include arrays, linked lists, trees, and tries, hash tables, heaps, stacks, and queues — back-end developers will encounter most or all of these in their careers.

Broadly, an algorithm is a defined process to solve a problem. Back-end developers know the fundamental algorithms of computer software: Sorting algorithms, searching algorithms, string parsing, matching, hashing, and recursive algorithms will all be used at some point.

Beyond the core skills listed above, there’s plenty more to explore in the realm of back-end development. Here are some additional skills that will serve you well as a back-end programmer:

Back-end Developers: The People Behind the Site

We often praise front-end developers and designers for their excellent visual work and user experiences. This praise is well-earned, of course. But, let’s remember that, without back-end developers working behind the scenes, these sites wouldn’t exist.

If you’re someone who wants to support the infrastructure of the web while tackling abstract, complex challenges and isn’t afraid to pick up several new programming languages along the way, you might be the perfect fit for a back-end developer. Rest assured, this job won’t be going away any time soon.