A virtual machine is exactly what it sounds like, a machine that resides virtually within a piece of software. Kind of like Neo’s consciousness inside the Matrix, a digital machine, existing within a larger operating system. 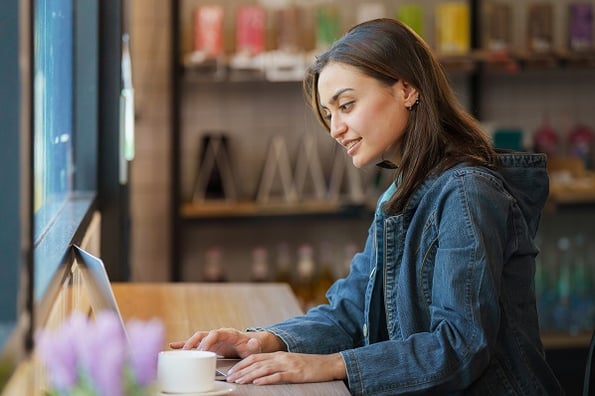 This software is installed on a local device, then can be used to run other operating systems within an existing one. A specific and common use case is to install VirtualBox on Windows or Mac, then create a virtual instance of another operating system such as a Linux distribution.

What is the Java Virtual Machine?

A Java Virtual Machine (JVM) is a program that interprets Java bytecode to run as a program by providing a runtime environment that executes this process. Furthermore, this is separate from its operating environment, supporting the “write once, run anywhere” philosophy.

One of the most significant benefits of using Java is using a JVM to run a Java program in any operating environment. In the following sections, we’ll discuss what a JVM is used for and the basics behind understanding it.

The Java Virtual Machine is a viral and widely-used tool maintained by developers from the Java Corporation and the open-source community. Sun Microsystems decided to open-source Java, leading to the development of OpenJDK. The continued use and support of OpenJDK has mainly resulted from the bulk of the workload carried by the Oracle developers.

What is the JVM used for?

Java Virtual Machines serve two primary purposes; the first is to provide a means for a Java program to run in any environment. The second is to maintain and optimize program memory.

In the days of Java’s inception, the “write once, run anywhere” philosophy was a groundbreaking change that altered the landscape of program development. Programs that were written before this new philosophy operated only on specified target platforms. Instead, it was up to developers to manage the program’s memory, which is very time-consuming.

This change means developers have one less complex thing to consider when coding. Furthermore, this new approach supports the developer principle “write once, run anywhere,” which removes the need to rewrite code for unique operating environments.

JVM is typically thought of as having a dual definition — technical and informal — meant to illuminate its use according to the user and the behavior it has.

It is very common to think and talk about the JVM as the process running on a computer or server to control resource usage for a Java app. The JVM specification describes the requirements needed to build a program that performs these tasks.

The most common interaction with the JVM is observing the “heap and stack” for memory usage and adjusting the JVM’s memory settings.

The JVM’s memory is managed through garbage collection, which contrasts with methods used by previous languages. In the past, program memory was a task left to developers.

Java is not “close to the metal.”

Previous languages such as C, C++, and others are considered “close to the metal,” which means they perform much faster. In addition, these languages can directly manage the program’s memory, and Java code does not.

Java leaves that to the JVM, which was a concept that came under fire during its inception because it limited the control programmers had over memory management.

Since then, Java has made considerable progress in improving the garbage collection and memory management process. Between the consistent support and development, the process has been vastly improved and continues to do so, leveling the landscape.

Java Virtual Machine uses what is called the Just-In-Time compiler which compiles bytecode into machine code for the operating environment. This is done to increase the execution speed of the code running in the JVM.

Understanding the Java Virtual Machine is made easier by understanding its architecture and how it functions. Over the remainder of this post, we will discuss how the JVM works, and how the architecture affects the way Java programs run.

The classloader is used for loading class files. Class files are needed for the classloader to perform its three primary functions which are to link, load, and initialize.

The JVM method area is where class structures of varying types are needed for running a java program.

All the Objects, related instance variables, and arrays are stored as common memory in the heap, where it is shared across multiple threads. Threads are created for separating different memory tasks and thus kept separate outside of shared/common memory.

The PC register stores the address of the Java virtual machines currently executing instruction. In Java, each thread gets its own PC register.

Native method stacks hold the instruction of native code written in another language instead of Java, by use of the native library.

Execution Engine is a type of software used to test hardware, software, or complete systems; it does so without retaining any information about the tested product.

The Native Method Interface is a programming framework that allows running Java code in a JVM to call libraries and native applications.

A Java machine launcher error results from required components not being available on the launch of the JVM. For example, if any required classes are not present at the startup, the JVM will throw a launcher error to alert the user or operator of the problem. This happens before startup is done and is usually a result of startup being unable to be completed.

Here’s an example of what a JVM launcher error looks like.

To wrap things up, let’s go over the most important points to take away from this post. We’ve discussed a lot about JVMs, but there are some key points that should stand out above the rest as they are the basis behind understanding these concepts.