How 15 Real Businesses Are Getting Creative With Vine for Marketing 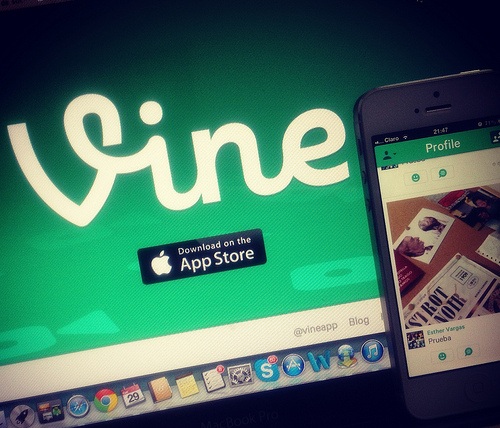 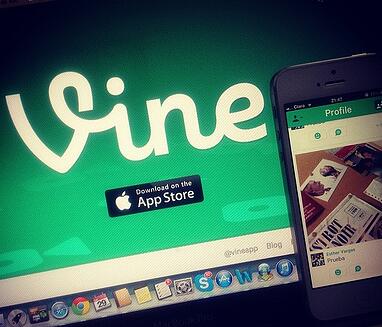 A lot can happen in six seconds. You can text your mom, read an email (or delete 20), or give an epic high five. But can you create a lasting impression within six seconds? Marketers seem to think so. Since Twitter unleashed Vine unto the world last month, brands have been quick to use the 6-second video app as a free marketing platform. Because you know, not all brands have over $3 million to spend on a 30-second Super Bowl spot.

Excuse me for one second.

Sorry about that, was refreshing my Instagram feed. We can pay attention for six seconds, but are marketers prepared to tell us a story in that short time span? Below are some examples of businesses proving that Vine can be an effective marketing platform, and that you can say a lot in six seconds! I dare you to get distracted.

PSA: If a video clip below doesn't display (it appears Vine videos have intermittent rendering issues), please follow the respective Vine.com link in the tweet to view the original source.

Loving #vine? We wanna see you unbox your #asos order, tag #ASOSUnbox (we may even give you something new t... vine.co/v/bJ9dTgx3wJt

Hosting a giveaway is a tried and true promotional tactic, but giving customers an early sneak peek of the giveaway items through Vine is a pretty new one. Gogo, an in-air internet provider for business and commercial flights, got its Twitter followers riled up by posting a quick clip of what they could win in the upcoming giveaway.

Here is a (not so subtle) hint about what we're giving away in our upcoming #ValentinesDay contest: vine.co/v/b1WDb0Ajvh1 #Vine

Animate & Create is a UK-based animation studio that creatively combined old-school and new-school tactics via Vine to showcase its design talents. Using good ol' paper and pencil, the company produced a basic flipbook lending itself perfectly to Vine's stop-motion nature. With so many modern graphics in our face all the time, the stick man is quite refreshing.

Lights, camera, action! SweetShot Photography is a boutique photography service that successfully used Vine to promote headshot sessions. @sweetshotphoto posted a quick clip of the production behind headshot photoshoots, and an empty stool waiting for your to sit and flash a smile.

Studio is ready and waiting for you! HEADSHOTS!!! vine.co/v/bnBFxqd9PKH

The next day, @sweetshotphoto tweeted that it had generated new leads thanks to the Vine post. I guess you can make an impression in six seconds.

Malibu Rum makes you want to party on the beach. This 6-second clip from the rum company tells that story pretty well. The pineapple and Malibu Rum bottle are dancing ... then they dance a little closer. Suddenly, they realize they're perfect for each other and blend into one tropical refreshment for your drinking pleasure. Sounds like a fast-track to a romantic comedy.

This popular brand of skincare and shower products got playful back in 2004 when it launched Dove's Campaign for Real Beauty, where women of all shapes, sizes, and ages showed how comfortable they were in their own skin. Continuing to innovate with upbeat, creative campaigns, Dove created this clip on Vine starring a bar of soap playing the role of bowling ball.

Our #firstpost on Vine! Definitely a strike, thanks to some last pin #magic. vine.co/v/b52z6ljw1F1

RedEye, a Chicago-based newspaper covering cultural happenings around the city, used Vine to make its music reporting a little more ... intense. RedEye posted Vine clips on its music Twitter account from punk band Fall Out Boy's concert. Below is my personal favorite of band member Pete Wentz catapulting into the crowd. What a wild six seconds to capture!

I think I speak for women everywhere when I say fitting a lot of items into my purse is vital. There are the essentials like my keys, iPhone, and wallet. Then there are the not-so-essential essentials like lipstick, mints, hand sanitizer, and Sudoku. Monica Botkier designs luxury bags that look pretty, and now I know they're big enough to hold all my stuff, thanks to her recent Vine post showcasing the Valentina Mini. Check it out!

It's all in the bag! #valentina #vine #video What's in your @botkier Valentina Mini? #fashion #function vine.co/v/bnubitrPqiO

The Glitch Mob, an electronic music group from California, gave fans an exclusive look into how they make the magic happen by posting a Vine clip of behind-the-scenes production on their upcoming album. This is a great way to create anticipation around the album, and remind the community how awesome The Glitch Mob is.

Wheat crackers are a pretty dry product to market. So why not turn them into a piece of art? In the spirit of the San Francisco 49ers making it to the Super Bowl, Wheat Thins launched a Twitter campaign in the city where you could win boxes of the product for game day by tweeting #SF #MUSTHAVEWHEATTHINS. The brand used Vine's quick visual capabilities to film the crackers spelling out the two hashtags. I guess it's okay to play with your food if it's during the Super Bowl.

Publishing a newspaper every day is tough stuff, but someone's got to do it. Rhein Zeitung, a German publication, used Vine to playfully convey how much work goes into producing new content for print. The clip suggests you need to start from scratch each day when aggregating and writing news; after all, how else would we hear anything through the grapevine? (Pun totally intended.)

Two rum brands in one blog? That's right, I wanted this post to be loaded ... with the best Vine posts out there. Bacardi UK made the most of six seconds by showing how its product is best served. Cocktail recipes can provide too many ingredients and instructions; some people just want to know what mixes with what. Personally, I think Bacardi mixes well with Vine.

This one might be my favorite. And no, it isn't because orange is HubSpot's favorite color. Orange is a French telecommunications corporation creating innovative products and services worldwide. Orange's Livebox Play is the company's newest product released this month. Executive Director of Orange France, Delphine Ernotte Cunci, said of the product: "In combination with the Livebox Play packages, customers will be able to use all their screens to enjoy a vast range of uses, including browsing the internet, playing games, and social networking." Sounds cool, right? Orange used Vine to show just how cool Livebox Play is with this quick demo.

And of course, we couldn't wait to get started with Vine, ourselves. We have some new swag we're pretty excited about, so we decided to use Vine to show it off.

Which business do you think used Vine the best? What could you say about your business in six seconds or less?