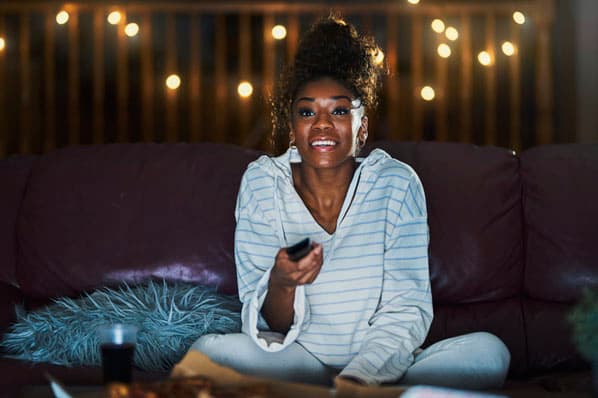 In 2019, we saw a number of companies create award-winning campaigns that generated ROI, brought in new customers, and expanded their brand awareness.

And with digital and online media consumption growing, we'll likely see even more fascinating or creative campaigns in 2020.

But, even if other brands are reaching ROI and awareness goals with their unique tactics, you might still have trouble brainstorming or creating an interesting plan for your 2020 campaigns.

When you can't come up with a solid idea, it can be helpful to learn from the brands that have launched award-winning, memorable, and revenue-generating campaigns Simply learning more about these strategies and identifying aspects that could fit into your own tactics could give you a wealth of great ideas for 2020.

But in a world where we have ads literally everywhere, how do you identify and determine what the best ads were?

To help inspire new ideas and jumpstart your creativity for 2020, I asked six HubSpot Marketers to share their favorite campaigns of 2019. Here's what they revealed:

"The Truth is Worth It" - The New York Times

The New York Times' "The Truth is Worth It" campaign features a series of commercials that follow actual Times' journalists' through the long, complicated, and challenging process of uncovering hidden truths for a story. It also emphasizes the barriers reporters must overcome to complete and report on a thorough investigation.

Each commercial follows an actual New York Times journalist as they make calls, take notes and begin writing a story about one of today's hardest-hitting topics, such as immigration, climate change, and international conflicts.

The Times ads create a sense of tension by showing actual footage -- primarily recorded by journalists -- related to the controversial topics discussed. As the footage plays, you can hear soundbites of a featured reporter making a number of calls to confirm the controversy presented in each ad.

One HubSpot marketer that found this campaign powerful was Kyle Denhoff, a global acquisition campaign manager.

"In a time of climate change, conflicting political views, and terrorism, the New York Times set out to position itself as the source of truth," says Denhoff. "While the Times generates revenue through subscriptions and advertising, it did not set out to sell its media products. The campaign doesn't mention their website, podcasts, newsletters, or videos. It tells a story."

"The creative is simple and incredibly effective. It positions the Times perfectly," Denhoff says. "Being the source of truth for all subscribers is a powerful promise. When you're subscribing to the New York Times you are subscribing to getting the truth every day with your morning coffee."

Danhoff wasn't the only marketing expert who found the campaign powerful. In fact, "The Truth is Worth It: Perseverance," an ad that follows journalist Caitlyn Dickerson as she confirms child separation at the U.S. border, won a Gold Clio. Here's the TV spot:

In a short, but sweet, commercial, Popeyes Louisiana Kitchen announces that its popular Chicken Sandwich is returning and that it will now be open on Sundays, unlike its main competitor, Chick-Fil-A.

The commercial opens with text saying, "Y'all... The Sandwich is back. This Sunday," which makes a bold assumption that the Popeyes Chicken Sandwich is so popular that audiences will know which sandwich the chain is talking about.

Here's a look at the full ad:

This sassy commercial was a favorite of Kayla Carmicheal, a junior staff writer for the HubSpot Marketing Blog.

"I chose this commercial because of the complexity of marketing tactics they fit in 21 seconds," Carmicheal explains. "In a direct response to competitor Chick-fil-A, the chain emphasized the one thing their competitor doesn't have: the ability to open on Sunday."

"As a final punch, they chose the launch date to be on a Sunday, highlighting that on billboards (right next to Chick-fil-A)," Carmicheal explains. "The impact of this commercial is felt even on silent, meaning that this perfectly-timed video is visually compelling as well."

When it comes to the visual details she notes above, Carmicheal explains, "Popeyes used their brand-specific orange in an eye-catching and invigorating way, under text that's hip and relatable to consumers."

If you want to highlight what makes your product or service stand out from a competitor, take a note from Popeyes. Identify where your competitor is missing opportunities to please their customers, then one-up them by highlighting how you're solving for those customer woes in your own campaign.

"We All Win" - Microsoft

After it came to Microsoft's attention that people with missing limbs or limited mobility were having trouble holding and pressing buttons on video game controllers, the tech company developed an adaptive controller with touchpads rather than buttons.

After the controller's launch, Microsoft highlighted this story of how they solved for the customer in a 2019 Super Bowl ad titled, "We All Win."

In the Gold Clio-winning commercial, Microsoft interviewed children with mobility issues and missing limbs about why they loved video games, but how they still faced difficulties with game controllers due to their disabilities.

Many of the children and parents featured in the ad explain that gaming helps them connect with friends in ways that they might not be able to otherwise. However, because of the current line of controllers, they have difficulty playing or competing in many games.

"I never thought it was unfair. I just thought 'Hey, this is the way it is and it's not going to change," says one boy.

After demonstrating the problem with game controllers, the ad shows the children using Microsoft's new adaptive video game controller as they explain how it makes gaming easier and more accessible for them.

For example, one girl excitedly says, "I can hit the buttons just as fast as they can," while a boy exclaims, "Now everyone can play!"

"'We All Win' hit all the marks in terms of emotion, starting a dialogue, and fun. It wasn’t an ad about disabilities, it was about kids wanting to play video games," says Dmitry Shamis, Senior Director of Creative. "I loved it back in February and still love it in November."

"We All Win" was also one of my favorite campaigns of 2019. Not only does it tug on your heartstrings, but it also encourages solving for the customer and accessibility by explaining how Microsoft took the time to develop a product that fixed a major problem faced by a unique group of customers. This ad makes you believe that Microsoft genuinely cares about its customers and will make extra efforts to ensure that everyone has a great experience with its products.

You can read more about this particular campaign and get inspired by a few more empowering ads in this blog post on inclusive marketing.

When it comes to reaching millennials or Gen X, one tactic that many marketers use is leveraging nostalgia. Spotify is no different.

In a series of online Spotify ads created by the agency Who What Why, each graphic comedically compares music-related activities that adults did in the '80s and '90s with what they're doing in 2019. 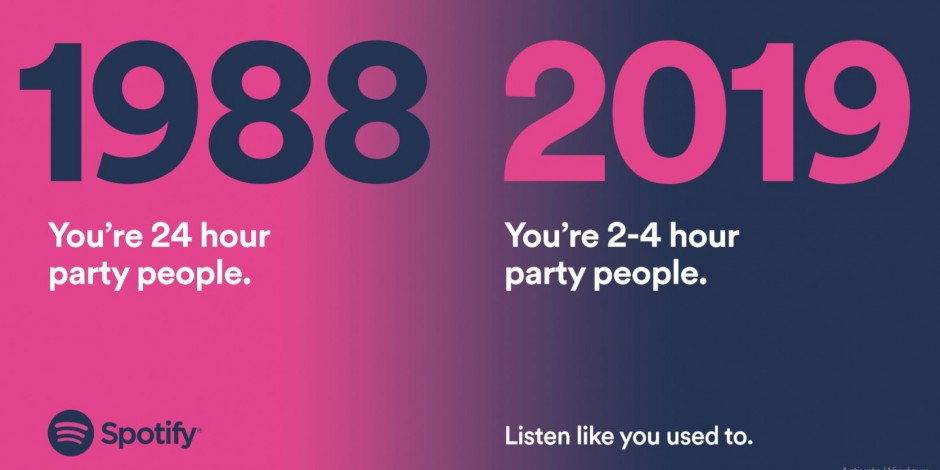 Each ad in the series also features the tagline, "Listen like you used to," to inspire audiences to embrace the nostalgia, blast some tunes, and party like they did when they were younger. The goal? To get adults, like Gen X or older millennials, to play their favorite songs for hours on Spotify.

While the ad above might be more relevant to Gen X, Spotify also aims to capture older millennials with a Spice Girls reference:

"As an 'older millennial', I loved this one," says Jami Oetting, HubSpot's Director of Editorial Strategy.

Nostalgia is a great way to relate to your audience, remind them of the good times, and make them want to use your product to replicate their positive past experiences. With these ads, Spotify reminds people of the music-related fun they had in the past and says, "Listen like you used to," to show those consumers how its app can still help them embrace similar music and fun as grownups.

Can you solve this word puzzle? 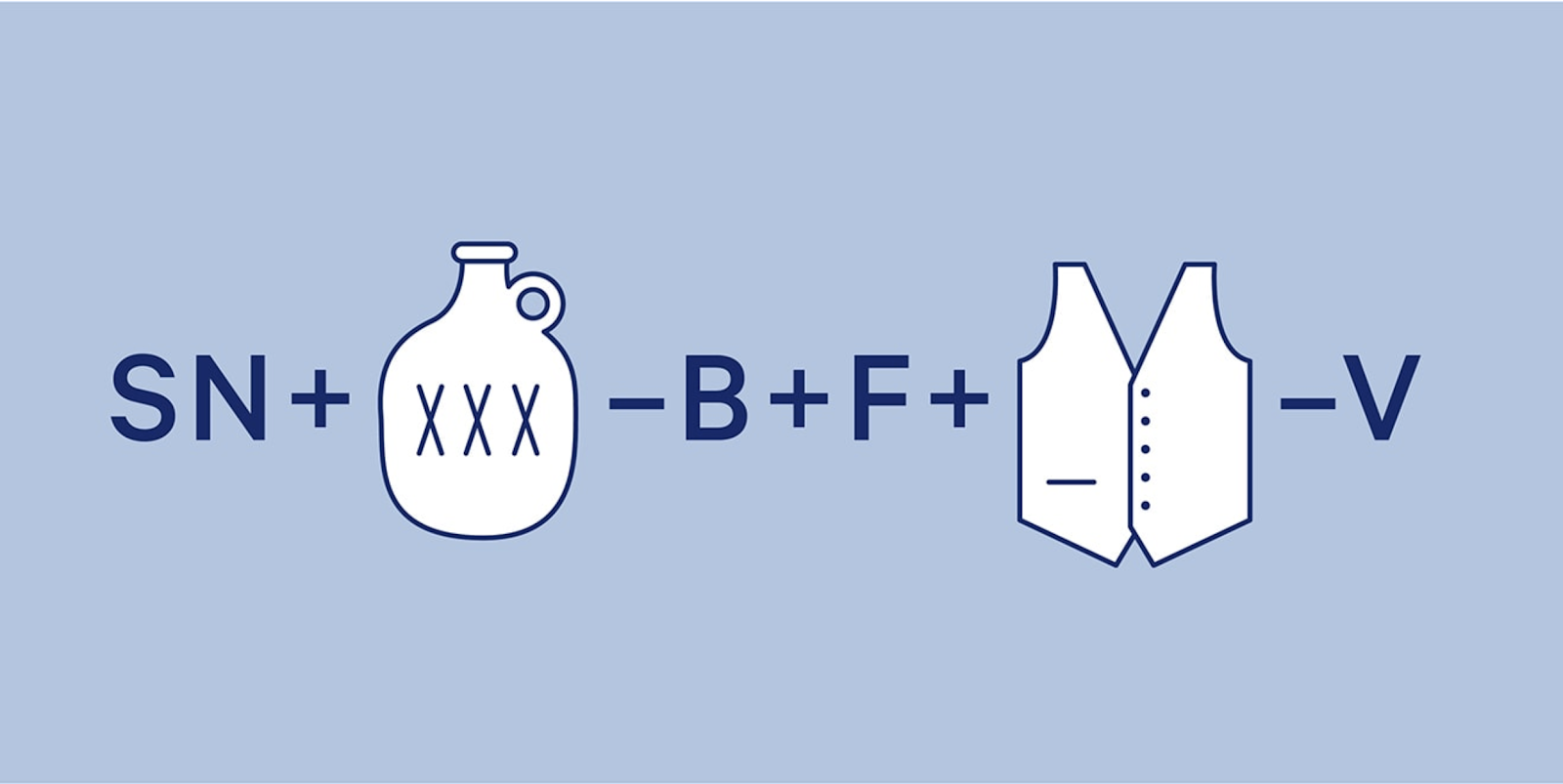 Why would you make an ad that doesn't state the brand name and takes a few minutes to comprehend? Simply because it's pretty fun for the consumers that try to solve it.

This campaign was a favorite of Lucy Alexander, an associate marketing manager of customer communications and campaigns at HubSpot.

"I love how Casper simply and creatively delighted audiences with these subway ads. The light brain teaser was a fun way to pass a couple of minutes of my commute," Alexander says. "It may seem like a short amount of time to grab someone’s attention compared to a long-form campaign, but it’s much longer than a typical ad, and it was an interactive experience that I found inviting rather than interruptive."

As Alexander mentioned, the experience is not only fun, but it's also interactive. Casper has done a great job of creating a campaign that people can interact with even when its just an image.

If you want to experiment with interactivity in your ads, but don't have the time or resources to create digitally interactive material like a video game ad or live video Q&A, getting creative graphically could also be a beneficial strategy.

Rather than focusing marketing funds on a bunch of different types of ads, Wistia launched a marketing talk show called Brandwagon on its website.

Brandwagon episodes primarily include interviews with experts from Wistia and other companies about various marketing strategies and campaigns. This content aims to inform marketers of techniques they should try, keep viewers on Wistia's website, and enable Wistia to show off its marketing credibility

"We’ve found that one of the most effective ways to set yourself apart from your competitors and build a well-loved brand is by creating binge-worthy content. In other words, content that provides enough value to viewers that they can’t help but want to consume more of it," says a Wistia blog post that explains the motives behind Brandwagon.

To give you an idea of what the show is like, here's a quick trailer posted on YouTube:

"I'm a big fan of Brandwagon and other original series from Wistia," says Irina Nica, HubSpot's Global Community and Influencer Relations Manager. "It brings a refreshing, late-night show format to the marketing world, which makes this campaign instantly stand out.

Nica notes that Brandwagon is also, "equal parts entertainment and education which I believe helps viewers stick around and enjoy the content, even though it's long-form compared to formats like blog posts and webinars."

"Many other B2B and B2C brands, like Uber and Mailchimp, started creating their own original series in the form of talk shows, and documentaries," Nica explains. "It's a practical way to create content that can become binge-worthy and also enables marketers to then repurpose each episode into smaller microcontent."

As we've seen from this list, campaigns that win attention from audiences and expert marketers, often embrace quirkiness, competition, or a deep storyline.

While brands on this list have found unique ways to educate audiences about their company or one-up competitors, others have thought more outside the box with fun approaches such as leveraging visual puzzles or nostalgia.

Regardless of which campaigns you launch in 2020, it's a great idea to look to these campaigns and others for inspiration.

Want more examples of amazing and memorable campaigns, check out our favorite Emmy nominated ads and this detailed roster of Clio Gold winners from 2019.