As Streaming Services Make It Harder to Skip Ads, What Does the Future of Online Video Look Like?

For those of us who grew up with a VCR, it's easy to remember the simple thrill of being able to fast forward through commercials. 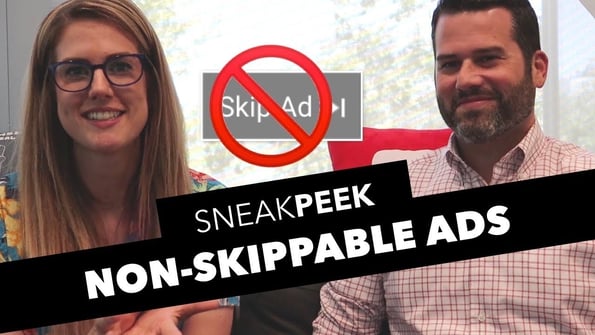 But skipping ads, it seems like, is becoming as antiquated as VHS tapes.

In a video posted to YouTube's official channel for creators, the platform revealed that the ability to make video ads non-skippable will now be available to all creators in the YouTube Partner Program.

Previously, this option was only available to select monetized video creators. The changes will be rolled out by the end of this week.

The announcement was largely positioned on the benefits of this new option. Ads that are non-skippable, the video claims, tend to earn more money for creators.

But it raises the question of the growing inescapability from ads across most streaming platforms: from traditional TV, to Hulu, to Spotify, to even social media. What used to be a commercial-free oasis from traditional television, it seems, is starting to replicate it.

So what does this say about the future of online video?

We've already covered the VCR: the video recording device reminiscent of the 1980s, which was used by many to record and later watch live TV, allowing viewers the option to skip through commercials.

But even before its advanced, digital version -- the DVR -- came to fruition, television viewers began paying for what we might think of today as a "premium" membership. It came in 1972 with the debut of HBO (then known as "Home Box Office"), the first commercial-free premium cable channel.

The launch of HBO started a trend of premium, ad-free programming for a fee. If viewers paid enough, they could get TV without commercials, and with certain elements that were forbidden on shows on traditional TV networks beholden to advertiser dollars (namely, coarse language and other less-than-family-friendly content).

It raises the question: Is streaming going in the same direction?

Consider, for a moment, YouTube's rules to monetize. Back in January, the platform made it even more difficult for Creators to make money off of their videos, introducing new requirements -- like a minimum number of subscribers and accrued watch time -- to be eligible for its Partner Program. 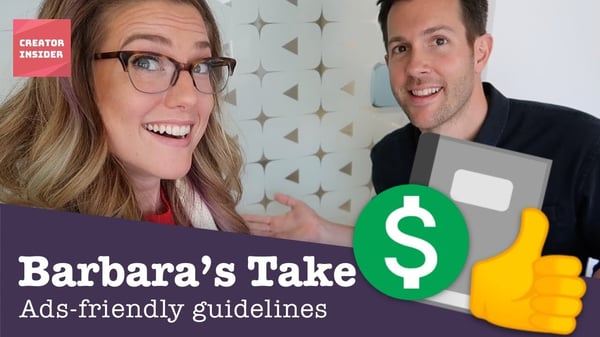 Consider this 1981 New York Times article titled, "Will Cable TV Be Invaded by Commercials?" In it, HBO's then-SVP of programming, Michael Fuchs remarked, "We've seen that advertisers are not passive. Creatively, once you have advertisers in there, they think they have a voice."

"Creatively, once you have advertisers ... they think they have a voice."

YouTube has already rolled out Premium: An ad-free subscription that allows access to the company's original programming, which is more akin to original shows developed for Netflix than it is to what the world has come to know as a YouTube celebrity.

It's hardly alone. Network-TV-streaming platform Hulu -- which also has its own original programming -- joins the ranks of those with various (paid) tiers of commercial-free subscriptions. Music-streaming services like Spotify offer them, as well.

In other words, the presence of in-video (or in-playlist) ads doesn't show many signs of leaving. Facebook recently introduced the option for video creators on its Watch platform to add commercial breaks, and some Netflix viewers recently feared that it, too, might be introducing ads.

Netflix is testing video promos that play in between episodes https://t.co/T6K2eK1UsE pic.twitter.com/Wv6BAkbGvu

So for Creators who seek the freedom of being less than "advertiser-friendly" -- where is there to go?

It could be that questions like these spur the next generation of YouTube: a new, independent video-sharing platform that's well-funded enough to not require advertisers dollars (at first, that is).

When Along Came TiVo

The question also brings us back to our old friend, the VCR, and its successor, the DVR -- and the ability of both to bring TV viewers a manual ad-free experience, with the simple press of a fast-forward button.

What will the DVR of streaming video be?

Some might say that such a thing would be redundant: the ability to record a non-live video that can already be watched at any time, rather than airing on a certain day and hour.

But it may not be entirely out of the question. Amazon, for its part, is rumored to be building its own DVR of sorts: a project, according to Bloomberg, code-named "Frank," which would record live television, save it to Fire TV boxes, and stream what's been recorded to users' smartphones.

Could it do the same for YouTube videos -- with the ability to zip through ads?

Consider that, although against its rules prohibiting pirated content, Twitch -- the Amazon-owned video streaming platform -- accrued a significant number of views for a pay-per-view-esque, live-streamed boxing match between YouTube celebrities.

It was meant to be exclusively aired on YouTube.

According to The Verge, 773,000 viewers paid the required $10 to watch the official stream on YouTube -- while the combination of viewers on Twitch and other pirated streams may have topped that.

"What has repeatedly been touted as the 'biggest event' on YouTube," wrote Patricia Hernandez, "didn’t end up drawing as many eyeballs as other sites did."

No Pay to Play

Which means that the solution may not lie in the idea of "premium." When we asked 807 people across the U.S., UK and Canada if more non-skippable ads would impact their willingness to pay for an ad-free, premium membership -- most indicated that they're indifferent.

So, is this Amazon's next industry foray -- an acquisition of the ability to fast forward previously non-skippable ads?

In any case, there's reason to believe that the next disruptor will come along -- and if it's not Amazon, then it will be someone else. The key is to figure out how that disruptor will monetize, as well as if and how the cost of foregoing advertiser dollars will be passed down to the viewer.

One might say that the internet killed the traditional TV commercial star -- but more and more, these online video-streaming platforms are beginning to mimic what, not so long ago, was thought of as an old-school model.