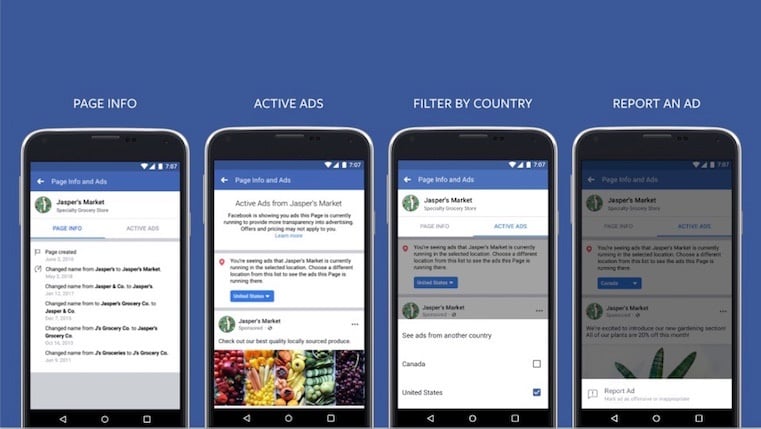 Over in our Cambridge, Massachusetts HQ, we're celebrating the U.S. July 4th holiday today. If you're celebrating, too, we hope you have a great holiday -- and, we'll keep this week's "Unriddled" quick.

Even during a season that's supposed to make us slow down, take time for ourselves and our loved ones, and spend more time outside -- it seems that there's never a dull moment for Facebook.

Over the past week, the social media has experienced a number of ups and downs, starting with the announcement of new transparency efforts that allow users to view a Page's active ads, as well as additional information about the Page (even if it isn't running any ads). Read full statement >>

But not long after that, Facebook was hit with an alleged bug that “unblocked” users that had been blocked by others -- allow the previously blocked people to see content from and communicate with the person who blocked them on Facebook and over Messenger. This came on the same day the company announced updates for developers on its Platform.

The company, meanwhile, also announced that it would be shutting down three apps due to "low usage": Moves, tbh and Hello. Read full statement >>

First came the announcement that Amazon would be acquiring PillPack: the company behind the pharmacy-on-demand model that delivers packs of, well, pills for those who need to take multiple medications each day. But it's not as simple as another step along Amazon's path toward commerce domination -- and it could have a significant impact on major players within the retail pharmacy industry, like Walgreens, which CNBC says was "clobbered" by Amazon's acquisition. Read full story >>

The next day, writes Recode's Jason Del Ray, Amazon took "another big step toward" building its own vast network for delivery logistics, positioning it as a potential competitor to large freight carriers like FedEx and UPS.

But here's the thing: Amazon is framing this new system as a way to support entrepreneurs who want to "start, set up and manage their own delivery business."  And according to the official announcement, no experience is necessary -- "Amazon will empower hundreds of new, small business owners to hire tens of thousands of delivery drivers across the U.S., joining a robust existing community of traditional carriers." Read full statement >>

Late last week, California lawmakers passed The California Consumer Privacy Act of 2018: legislation that Colin Lecher of The Verge calls "one of the toughest data privacy laws in the United States." The new bill will require companies storing significant quantities of personal data -- for instance, Facebook -- to add even more transparency around what data is collected, along with potential new consumer opt-out rights. Read full story >>

The companies behind VR are trying to make it a mainstream technology -- but can it ever be? To get there, more people need to understand the experience, so our team spent a day doing just that. Here's what happened. Read full story >>